Microsoft wants you to use the Microsoft Store in Windows 10, and the company is always revising what it offers, but how much do you really use it?

As you know, Windows 10 has its own store that contains thousands of free and paid apps and games as well as other media content. Just like with macOS, this was a notable feature of Windows 10 when it was originally released in 2015. But when it was first launched, there weren’t many apps, and the company had difficulty in convincing developers to create for it. And consumers have opted to get digital media from other services like Netflix, Amazon, and Spotify. But over time, the store has been revised to include new sections and a healthy amount of apps. However, other than a few “essential” apps and games, how much do you use it?

Over time, the company has added new features to the Microsoft Store – some good and some not so great. For example, a great new feature is remote installation of apps to multiple PCs. On the other hand, it introduced auto-play promo videos to an app’s description page which isn’t a benefit for users on a slow or limited connection. And it’s generally annoying for most people. You can, by the way, turn Microsoft Store autoplay off which is something I do on all my Windows 10 machines.

And the company has been adding new sections in the Windows Store. For example, over a year ago it added an eBook Store and a section for Microsoft Edge extensions. More recently, it added a new Devices section where you can shop for Microsoft hardware like Surface computers, Xbox accessories, the Cortana powered Invoke smart speaker and other items. More Xbox games and popular apps like iTunes and Spotify have also seen there way in. 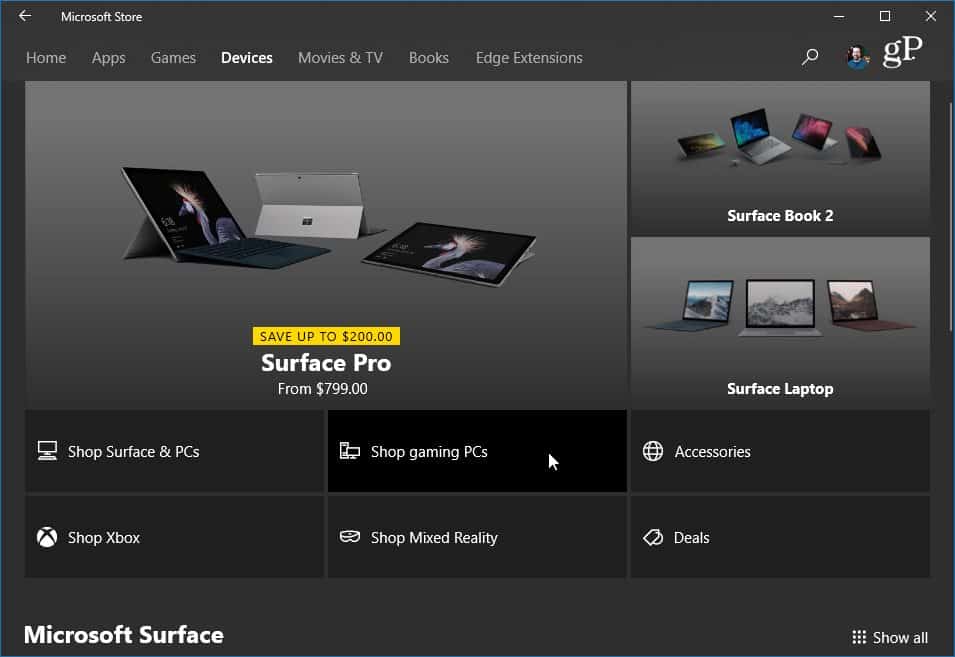 While there have been some interesting new additions to the store, there has also been things removed, most notably the Music section. It was removed earlier this year when Microsoft killed its Groove Music Pass streaming service. Right now you get all movies and TV shows from the store, although, unless Microsoft joins up with Movies Anywhere, like its music service, I am not sure how long that will be around. It’s also worth noting that for traditional free and Open Source software, nothing compares to Ninite for getting those apps completely crapware-free.

So, how much do you find yourself in the Microsoft Store on Windows 10? If you’re a gamer, the store is probably something you use quite a bit as it has tons of different games, including the most important Xbox titles. But other than games and the occasional apps like Office 365, Spotify, or Netflix, how often do you really use it? Leave a comment below and let us know your thoughts.