The most recent version of the Microsoft Store in Windows 10 play app and game videos by default. Here is how to turn the Video Autoplay feature off.

Just like Windows 10 itself, its store has gone through various changes over the years. For example, it was recently rebranded from “Windows Store” to the newly coined “Microsoft Store”. And new items have been added such as eBooks section and a new section to purchase hardware products like its own Surface devices. 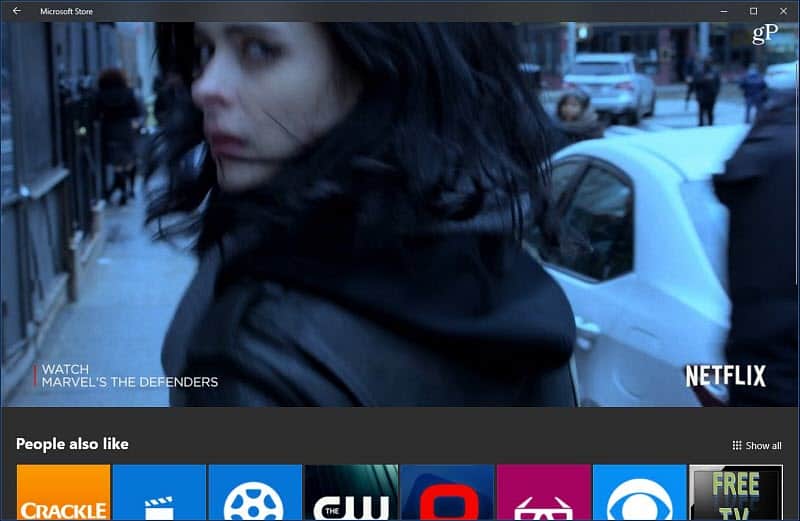 Certain apps and games (mostly games) automatically play a promo video on the app’s description page, like the Netflix app.

While some of the new enhancements are welcome, others like the video autoplay feature, might not be. Video Autoplay happens in the most recent version of the Store. When you’re browsing the store, and look at the description page of an app or game. Some of them have a video that will start automatically playing at the top. The video is essentially a promotional piece for the item you’re looking at. There isn’t any sound that comes from the video and you can just click to pause, but if you find it annoying or unnecessary, it’s easy to turn off.

Disable Video Autoplay in the Microsoft Store on Windows 10

Launch the Microsoft Store app and select Settings from the menu button located at the top-left corner.

Then scroll down and toggle the Video Autoplay switch to Off. 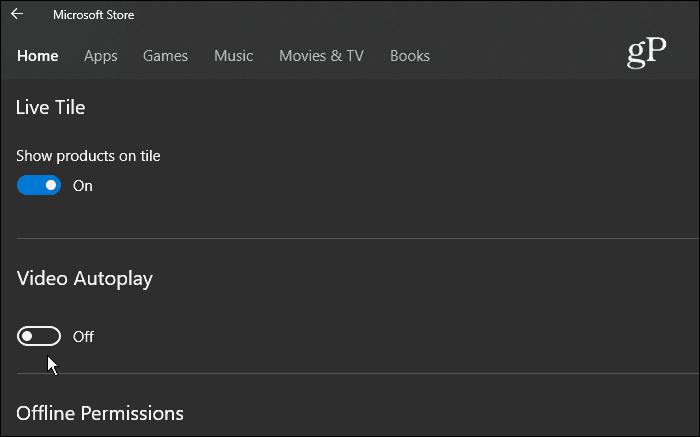 That’s all there is to it. You don’t need to restart the store or anything. Now, when you go back to Netflix, for example, it will no longer play the promo video at the top. In this instance, there is only a static image of Marvel’s The Defenders and not a video playing. 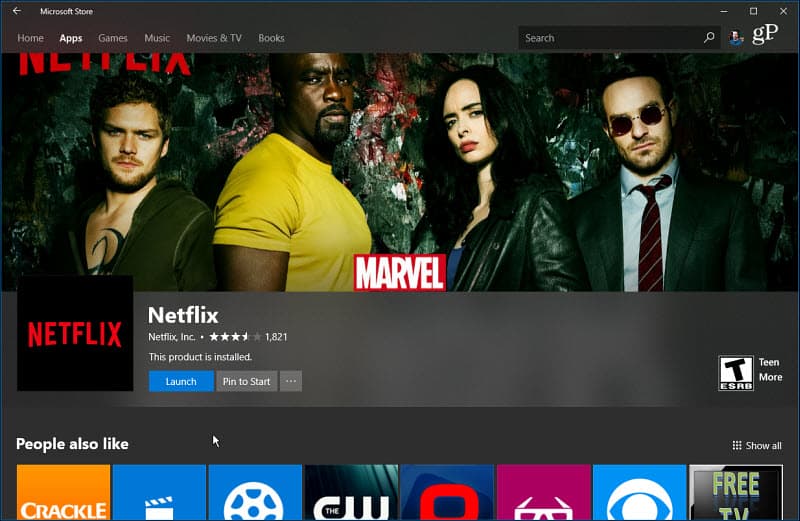 After turning off the Autoplay Video setting, just a static image appears at the top instead of a video.

One thing to note is that this will turn off the Video Autoplay for games and apps, but it doesn’t turn it off when your browsing movies and TV. Maybe in future updates, we’ll see the ability to turn those off as well. 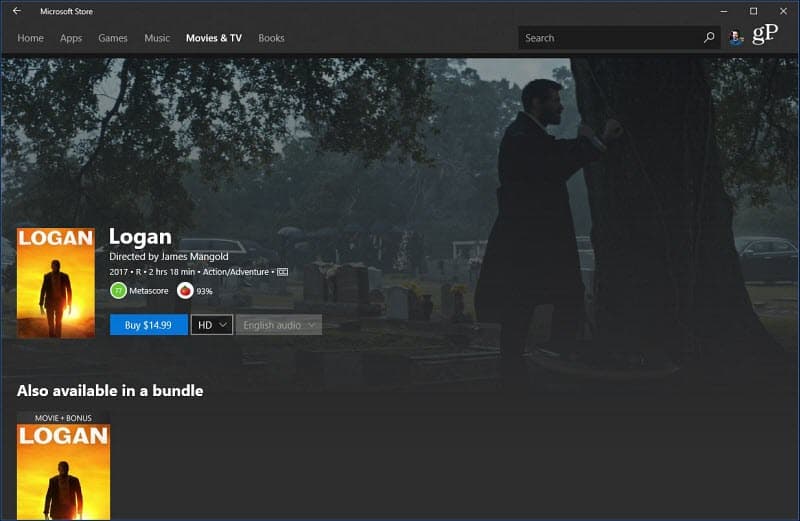 Videos will still automatically play in the Movies & TV section of the Microsoft Store on Windows 10.

I’ve noticed other stores and services starting this trend. When you browse through Netflix, for example. Whether it’s online or on a set-top box, a promo video plays while you’re looking for something to watch. In that case, there is sound, too, and I find it highly annoying. But for services like that I get it, they are trying to suck you in right away.

Why Microsoft does it in the store is anyone’s guess. Maybe it’s so users think the experience is livelier and interactive? At least there is no sound associated with the videos…yet. Plus, it’s easy to turn the feature off if you’re not a fan.

What do you think of the Video Autoplay feature in the Microsoft Store on Windows 10? Do you even use the Store? Let us know your thoughts in the comment section below.