We are just starting the 2018 NFL season and in this guide, we will show you how to catch all the action as a cord cutter.

One of the biggest concerns people have about cord cutting is how to get sports without the cable box, namely the NFL. We’re at the start of this year’s 2018 NFL season and if you decided to get rid of your cable, here’s how you can still catch all the NFL action online or over-the-air this season.

If you don’t need to watch games live, one popular option is NFL Game Pass which allows you to replay every game of the season, including the Playoffs and Super Bowl. But for the live games like Monday Night Football or games on NFL Network, you can get it via an over-the-top (OTT) streaming service like PlayStation Vue, Hulu Live, or DirecTV NOW. But the cheapest option is to sign up for Sling TV which provides ESPN and NFL Network in its Blue package which starts at $25/month. For NBC’s Sunday Night Football game you can view it if your OTT streaming service offers your local NBC station. But the availability of local channels varies depending on your area.

The good news with Sunday nights is NBC live streams Sunday Night Football for free online. The site allows you to select different camera angles and provides real-time stats during the game, too. 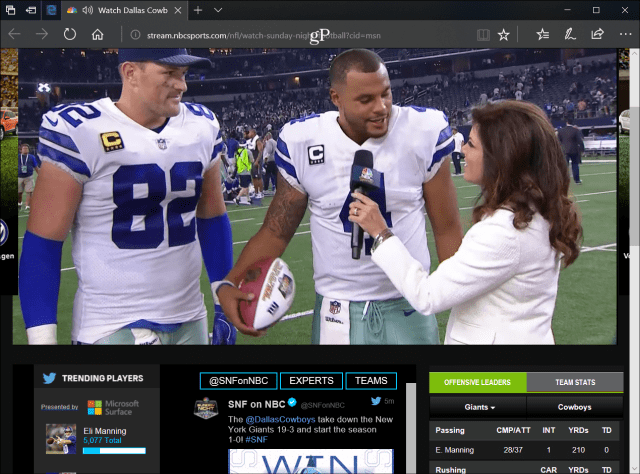 To watch the Thursday night games, you can get NFL Network for an additional fee for a sports package through services like Sling TV. Also, you can get NFL RedZone which allows you to move from game to game for the biggest plays that are happening at any given moment. Both Sling TV and PlayStation Vue offer them as an add-on option for $10/month. There is no contract required so you can just keep the extra package for the season and then cancel it.

If you’re an Amazon Prime member then you will have access to some Thursday Night Football games on Amazon. The NFL and Amazon struck a deal to stream 11 games this year. The games will also be simulcast on the Amazon-owned Twitch platform. Keep in mind it starts with week four with Vikings at Rams.

As we previously mentioned, services like Hulu Live and PlayStation Vue also offer local channels in most major markets. And they are adding more local channels in additional markets on a regular basis. However, your best bet is to check each service’s website to see what local channels are available in your area. Also, CBS All Access ($5.99/month with commercials or $9.99/month without commercials) offers in-market Sunday games. Although NFL games are not available via All Access on mobile phones.

It’s also worth noting a relatively newer live streaming service called Fubo TV that launched in 2015. It provides a ton of live sports content as well as popular cable channels like USA, FX, CNN, and others. Fubo works on most set-top boxes, mobile devices, and through a browser. The main thing to point out is it includes the NFL Network in its entry package called Fubo Premiere. The package includes over 65 channels, of which, 35 are dedicated sports channels. That will give sports fans their fix even after the NFL season is over.

Of course, you don’t necessarily need to use streaming services to get NFL games. You can get games from CBS, NBC, and FOX in HD over-the-air for free. All you need is a simple Leaf-style antenna that hangs in your window. Prices vary depending on how far you want to receive signals and your reception will vary depending on your location. 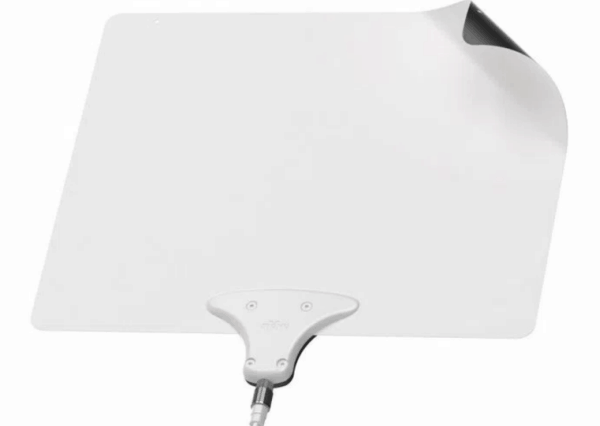 This is a great option if you live in an urban area and want to watch your local team. Unfortunately, If you live in a rural area, an indoor antenna might not pick up what you need. But, whatever your situation, as a cord cutter, between live streaming services and OTA HDTV you should be able to catch plenty of NFL action.

Note: Once you have the NFL season planned out with the options outlined above, make sure to check out our article on NFL Companion Apps for additional coverage while watching the game or on-the-go.

ISPs and wireless carriers also offer NFL packages that are exclusive to their customers. For instance, Verizon customers can stream Sunday night games on their mobile device via the NFL Mobile app. What did I miss? Leave a comment below and let us know what your service offers!