PlayStation Vue offers live TV, on-demand video, a cloud-based DVR all without a cable or satellite subscription. And you don’t need a PlayStation console.

Update: PlayStation Vue was killed off. It is no longer a product you can subscribe to.

Sony unveiled its PlayStation Vue over-the-top (OTT) internet television service nearly two years ago, in March of 2015. It includes live cable TV, on-demand video, and a cloud-based DVR for recording shows or sports all without a cable or Satellite TV subscription. And no, you don’t need a PlayStation console to use it. In fact, it works on most mobile platforms as well as the common set-top boxes such as Roku and Apple TV. 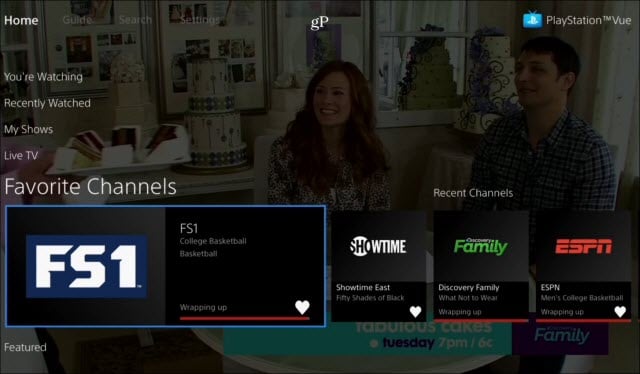 First off, you’ll definitely want to “try before you buy” and Sony offers a free seven-day trial of PlayStation Vue which offers four different packages. Plans start at $29.99/month for the basic package which offers 45+ channels in HD. Or you can pick the ultimate package for $64.99/month for 90 channels in HD including premium channels HBO and ShowTime. There are also standalone channels you can add for an additional per month cost. If you’re on a budget, consider the basic package which includes over 45 channels including the staples like ESPN, Fox Sports, CNN, USA, TBS and more. It’s also worth mentioning that you can record shows to watch 28 days later in your cloud DVR. You can get a look at each package and what it offers

If you’re on a budget, consider the basic package which includes over 45 channels including the staples like ESPN, Fox Sports, CNN, USA, TBS and more. It’s also worth mentioning that you can record shows to watch 28 days later in your cloud DVR. You can get a look at each package and what it offers here. 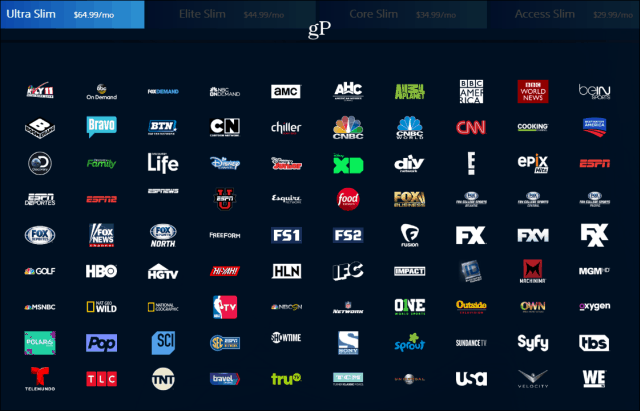 PlayStation Vue offers four different plans you can choose from.

I have tried PlayStation Vue on virtually every device it’s available for, and my best experience has been on Android for mobile, the web interface on PC, and Roku for the big screen. While navigating through the Apple TV interface is a lot more like your traditional cable provider, the remote for the 4th generation Apple TV isn’t very responsive with the app. In fact, I found the old ATV remote to work better. On the Fire TV, the experience is convoluted and hard to navigate. Hopefully, that will improve over time as the app is updated.

When using the mobile version you can go into settings and have it stream at a lower bitrate so it’s easier on your data plan. Or, you can disable it from running on a data connection altogether and have it work on Wi-Fi only. 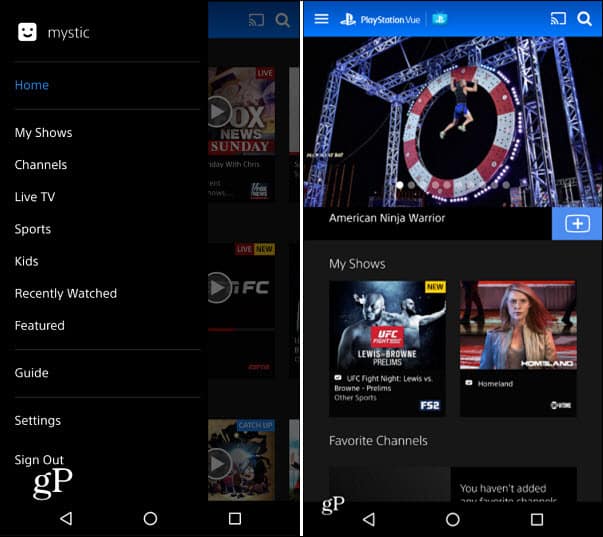 While all the channels are streamed in “HD” the quality of the picture (like all streaming video) will vary. The picture and service have been acceptable on my slow 20 Mbps DSL connection. I live in the sticks, so if the picture quality is good enough here, I imagine it would look even better with fewer buffering issues in metro areas with higher speed connections. 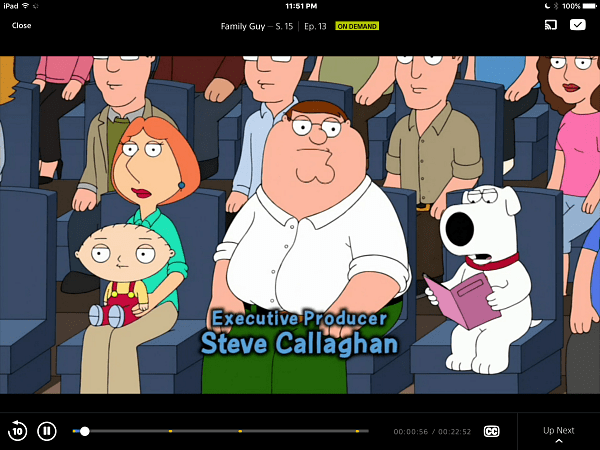 Pausing live TV and fast forwarding through commercials via the included “Cloud DVR” isn’t as responsive as a DVR from your cable provider, but that is to be expected. I experienced dropped signals and buffering issues on all devices as well, again, to be expected as live TV over the web isn’t going to be as reliable as traditional cable. To help avoid those issues, try to limit the apps that are using the web in the background on your mobile device. And, with the big screen, make sure your set-top box is hardwired for best results.

In the end, even if you don’t have the best navigating experience on your device of choice, it’s live cable TV on your mobile device or big screen for a fraction of the price, no contracts, and no clunky cable boxes. 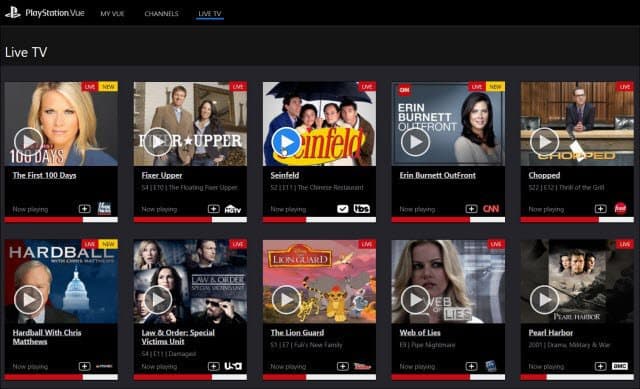 Watch PlayStation Vue on your computer via the web interface.

When PlayStation Vue was initially launched, it played second fiddle to the cord-cutting pioneer Sling TV. At the time, it was more expensive, lacked certain channels, and wasn’t available on Android or several other devices. Now, after cutting its prices, adding new channels, support for more devices, and overall improvements, it’s a service you might want to consider if you’re thinking of cutting your cable.

I don’t watch a lot of live television anyway, so the basic PlayStation Vue package for $30 a month fits my needs. However, I still have a couple other services to visit. The next one on the testing list is DIRECTV Now which is a bit more expensive, but the basic package includes additional channels. Then I will also go back and take a second look at Sling TV and see how it compares to the other two.

Are you a cord cutter? What is your favorite OTT streaming service for watching live and on-demand programming at home and while on the go? Let us know in the comment section below.