Hulu is the latest company to get into the live TV streaming business with Hulu Live TV Beta. Here’s a look at what it is and what you can expect.

Hulu is the latest company to get into the business of Over-the-Top (OTT) live TV streaming content (i.e., Sling, Sling TV) with its newly added Hulu Live TV Beta, which it launched on May 3rd. This allows you to watch live and on-demand programming from over 50 channels, including news, sports, entertainment, kids’ channels, and more.

At the time of this writing, the new Live TV feature is only available on Xbox One, iPhone or iPad, Chromecast, Apple TV (4th Generation), Android phones, and tablets. The company promises that support is coming to Roku, Amazon Fire TV, Mac & PC, Samsung TVs, and Blu-ray players.

On Apple TV (4th Generation only), the interface is quite intuitive and responsive. You can select your favorite shows at the top of the menu, browse the collection, or search for something specific. Then scroll through the menus and choose what you want to watch or add it to your list. 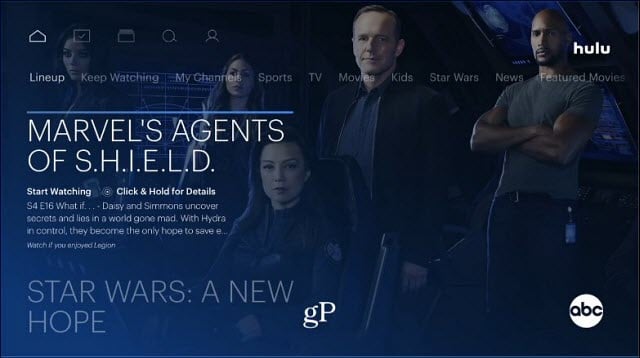 On an iPad, the app includes a resizable picture-in-picture mode that lets you work on other things while you continue to watch your shows. It’s like the Compact Overlay feature in the Movies & TV app in Windows 10 Creators Update. 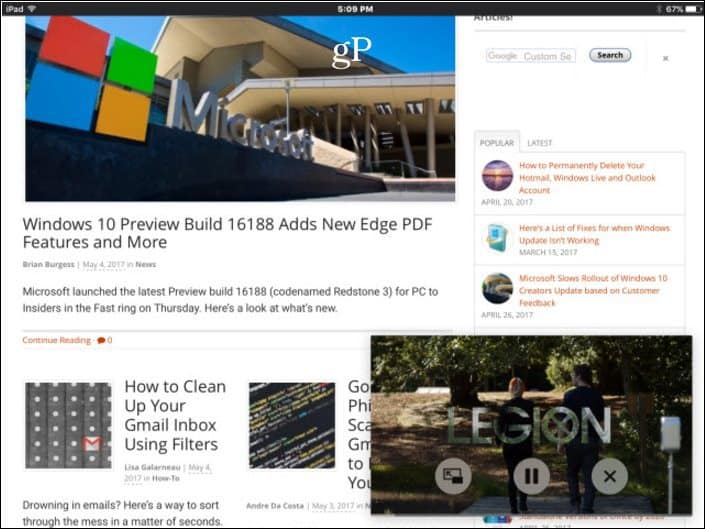 Just tap the screen while watching, and you get playback controls.  You can also stream to a Chromecast or an AirPlay-enabled device if you have one. 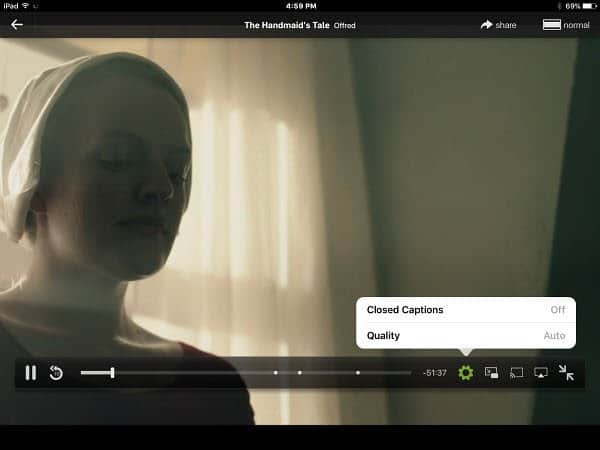 Here’s a look at the Android app on a Nexus 6P. Like iOS, if you have a Chromecast, you can stream it over to the big screen. Also, when you start watching a program, either live or on-demand, it defaults to landscape view for better viewing. 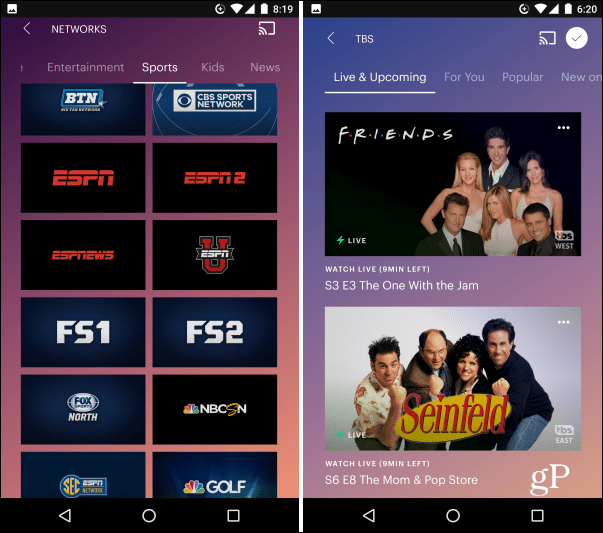 As far as the Cloud DVR works, you need to add content to your My Stuff section. When the content airs, the Cloud DVR records it automatically. Then go back to your list and watch it whenever you want. Keep in mind you only get 50 hours of content with the basic service, and to get more, you’ll need to upgrade to one of the plans listed above. 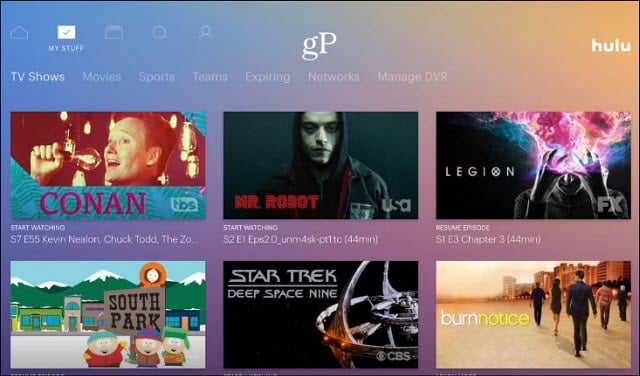 Overall, I enjoy Hulu Live on Apple TV (I prefer to watch shows on the big screen vs. a tablet or phone). Just like with the other services I’ve tried out, including Sling TV and PlayStation Vue, there are times when the signal drops or freezes up. However, I should note that I am on DSL and in the country. If you have a fast connection, I’d love to hear how the performance is for you.

The company says it is working toward providing a personalized experience. It has an algorithm that provides recommendations based on what each user watches over time. In fact, when you first log in, you’ll be prompted to pick some of your favorite channels, movies, and TV shows to get the recommendations rolling. So far, it seems to do a good job of recommending content that I am interested in.

This service is still in beta, and it would be nice to see an HBO package added and additional channels like those offered by other OTT streaming services. But the best part is the existing Hulu library (which you would normally get from the $7.99/month service) is included. Still, with the on-demand content, you must deal with limited commercial interruptions. Until the service improves, I will stick with PlayStation Vue since its basic package starts at $29.99/month in my region and includes all the channels I need.

Update: PlayStation Vue is dead and no longer in operation.

Live streaming services are becoming a dime-a-dozen lately, just like music services…there are several to choose from for cord-cutters. The strongest ones right now are Sling TV, PlayStation Vue, DirecTV Now, YouTube TV, and now we can add Hulu Live TV to the list.

Luckily each of them offers at least a free week trial, so you can try before buying to find the one that works best for you. To give Hulu Live TV a try, sign up for a seven-day trial.