DirecTV NOW has improved vastly, but how does it stack up against Sling, Hulu Live and PlayStation Vue?

More and more people are choosing to ditch their expensive cable bill and move to a cheaper streaming service like Hulu Live or PlayStation Vue. As part of our continuing coverage of cord-cutting services and devices, this week we look at what AT&T TV NOW (formerly knows as DirecTV NOW) offers. 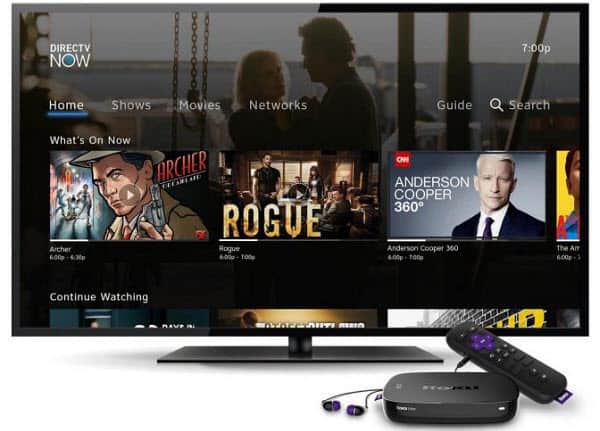 While considered one of the major live streaming services, AT&T TV NOW has had a rough going out of the gate. It has been plagued by performance and service issues. Some people have complained of channels not working, major freeze-ups, or complete outages. The company has fixed some of those early issues and now it offers a fairly stable service. I have been using it for several weeks now and here is what I’ve found. 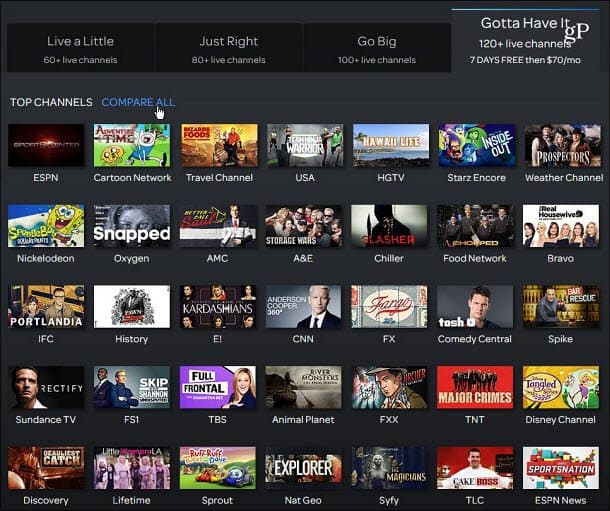 It works like the other live TV Over-the-Top (OTT) streaming services out there and includes most of the popular channels including (but not limited to) CNN, Syfy, USA, ESPN, ABC, CBS, NBC, FOX, TNT, USA and even HBO and Cinemax with some plans. The number of available channels and on-demand movies varies depending on the package you subscribe to. The availability of local channels and sports also varies depending on where you live. Local affiliates are mainly only available in large cities.

There are seven different packages you can choose from. Like PlayStation Vue, the entry-level plan starts at $50 and the top tier is $135.

Here is a look at the four available plans:

In addition to the cable channels you get with the plan you choose, you can also add premium services including: 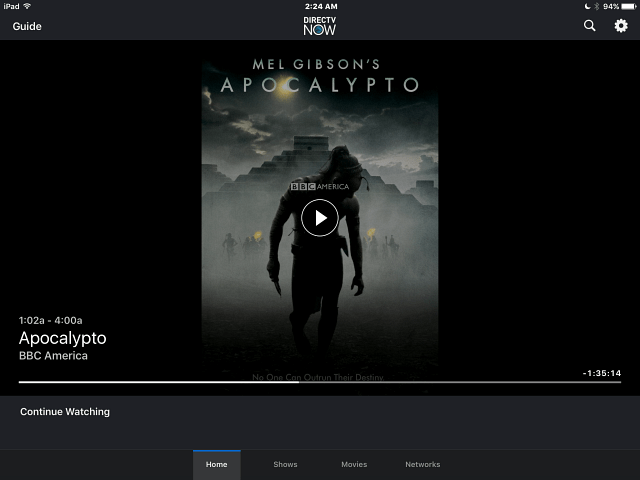 The DirecTV Now app supports iOS 9.0 or higher. Here it is running on an iPad Mini. 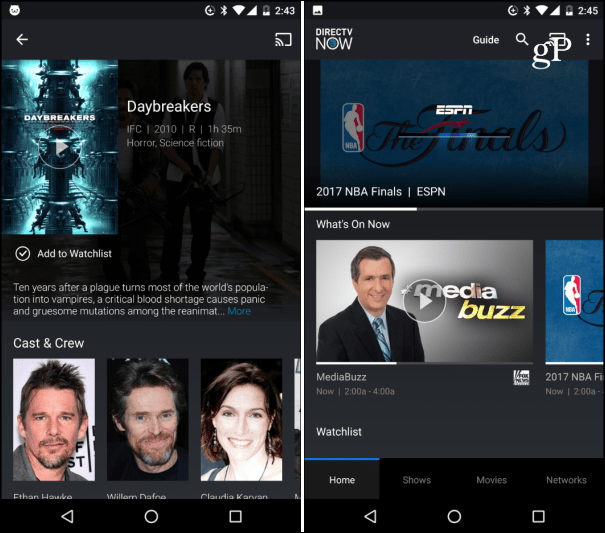 The DirecTV NOW app runs on Android version 4.4 or higher.

You can also use your PC or Mac – however only in certain browsers, namely Chrome. 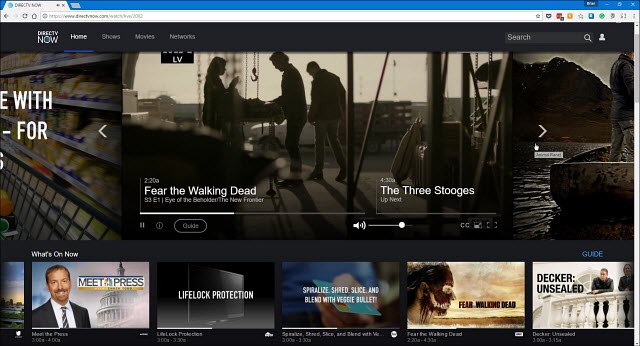 Support for other browsers is being phased out and if you try to run it on a different browser you’ll see the following message. 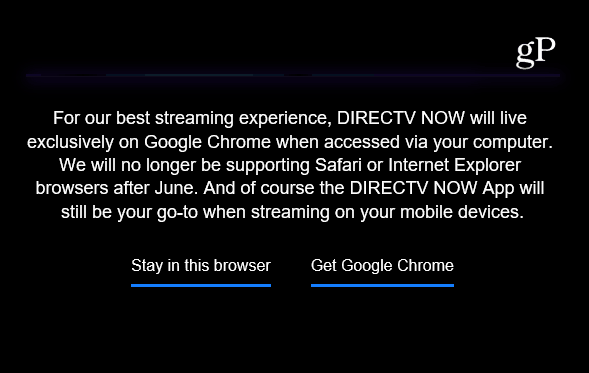 DirecTV NOW is dropping support for most browsers and will be exclusive to Google Chrome.

The interface is about what you would expect and is responsive while navigating around. It’s not as elegant as other services, though. The nicest part, it can be argued, is the channel guide. It overlays on the screen while you’re watching a program so you can see what else is on and favorite channels. 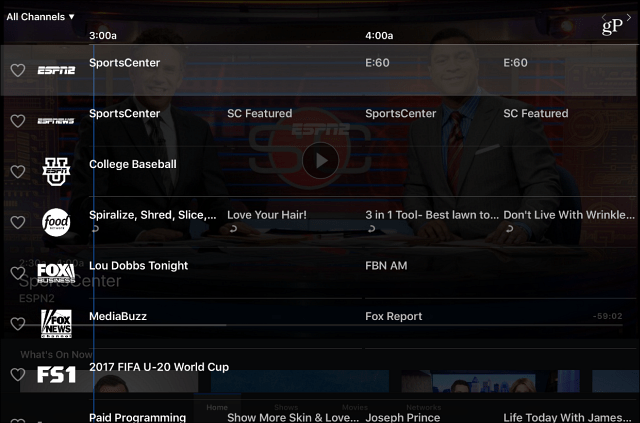 The most glaring omission is the lack of cloud DVR support. The company says the feature is coming, but at the time of this writing, AT&T TV NOW remains the only service in its class that doesn’t support it.

The exclusion of a cloud DVR feature isn’t the only thing going against AT&T TV NOW. It seems the company hasn’t resolved all of the early issues that plagued it. There have been many occasions where a signal freezes up or is lost completely. To get it back, many times I would need to exit the app entirely and go back in. Also, I didn’t find the on-demand movie library to be as robust as Hulu Live.

Navigating around channels isn’t straightforward and the navigation methods vary drastically depending on the platform you’re using it on. I tried it on several different devices and (as is usually the case for all video services) the 4th Generation Apple TV was the best.

Unless there’s a major overhaul of the service and bugs get fixed, it’s probably doomed to fail in an already crowded market. And the data is starting to show that. According to a recent Bloomberg report, it has lost over 3,000 customers in February of this year and growth hasn’t picked up in any significant way. I would personally recommend any of the other services like Sling or PlayStation Vue before AT&T TV NOW to anyone.

If you’re reading this before August 31st, 2017 make sure to check out how to get a free month of AT&T TV NOW for Roku. It’s free and better than the short 7-day trial that’s usually offered.

If you are a subscriber to AT&T TV NOW or try the trial, leave a comment below and let us know if you like it. How do you think it compares to similar services?