Here’s a look at some companion apps for Windows 10, iOS, and Android that will help you get more out of this year’s NFL season.

Are you ready for some football? The 2017 NFL season kicked off this week with the New England Patriots taking on their conference rival the Kansas City Chiefs. We published an article last month on how to stream live NFL games if you are a cord cutter. And whether you enjoy your NFL action online, with a cable or satellite connection, or simply over-the-air, it never hurts to have more info. Here’s a look at some companion apps for Windows 10, iOS, and Android that will help you get more out of this year’s NFL season.

The best place to start is with the official NFL app which is a central hub for essentially everything NFL. The Android and iOS versions provide scores in real-time, player stats, big play videos, up-to-date league news, and more. The app is free but includes in-app purchases including subscriptions to NFL Game Pass or NFL RedZone. 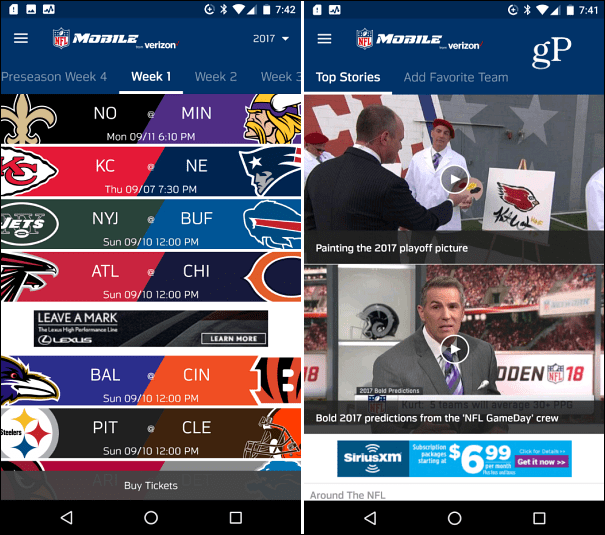 The NFL doesn’t just have a contract with Microsoft to use its modified Surface devices by coaches and players on the sideline. The league also developed a great app for Windows 10 called NFL on Windows. You can’t watch an entire game, but you can pick your favorite teams and then watch highlights of big plays from the game. Video highlights are provided by the NFL Network and updated minutes after big plays and scores happen. 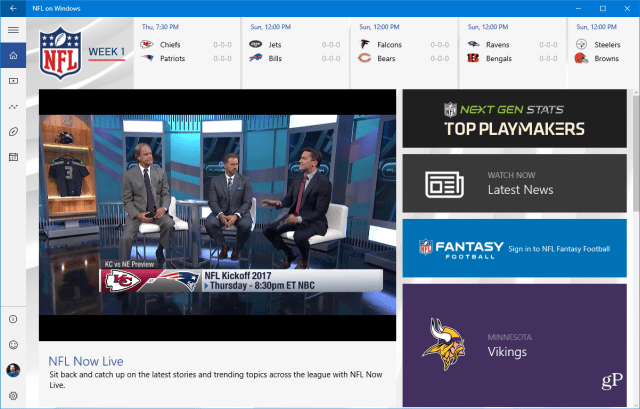 Another obvious choice is the king of NFL and all sports coverage – ESPN. While it does cover most other sports, its pro and college football coverage are top-notch. You can watch its live feed if you have a cable subscription, which is great if you want to catch Monday Night Football. It’s available on Android and iOS and includes league news, highlights, schedules, scores, stats, and more. It is also a nice app to have if you enjoy fantasy football. 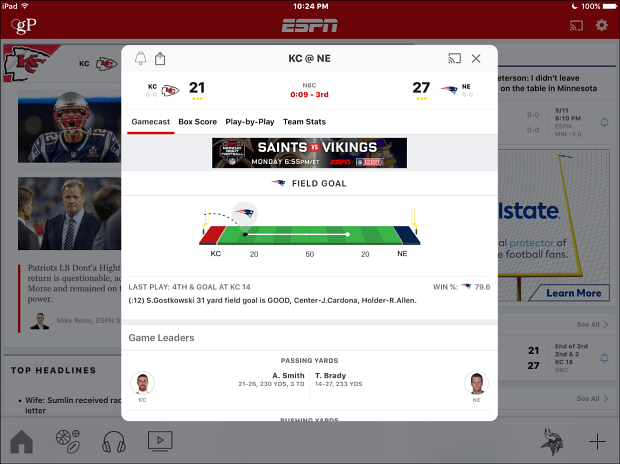 To keep up with NFL, namely the AFC teams, the CBS Sports app for iOS and Android is a must have. And, like with the ESPN app, it’s a good way to keep up with other sports during and after the NFL season. It also features scores, highlights, stats, team schedules, and more. It includes live streaming CBS radio, live studio shows (with cable subscription), and it provides a platform for fantasy football. 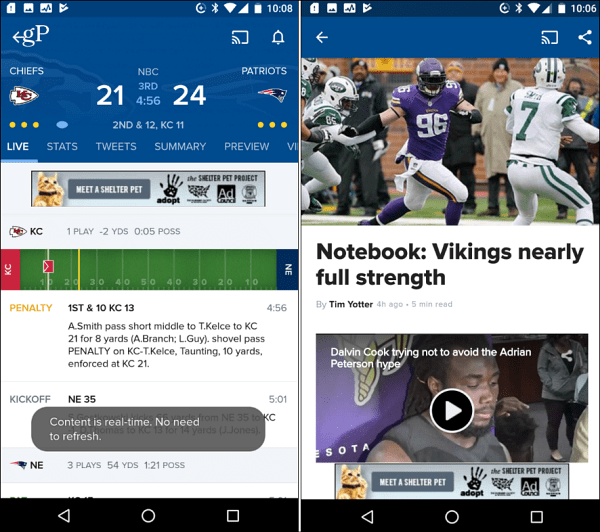 There is also a CBS Sports app available for Windows 10 for PC but it isn’t as feature rich as the mobile version on other platforms. 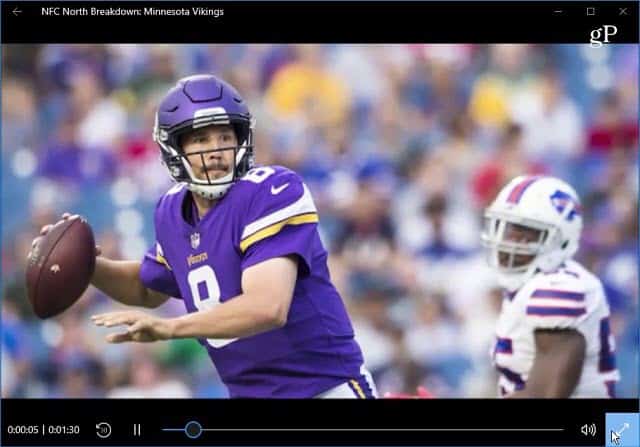 If you’re a cord cutter, you’ll want to make sure you have the app from your live streaming TV service—services like CBS All Access, PlayStation Vue, Sling TV, DirecTV Now, or Hulu Live. Every service has a mobile app but the platforms vary with each service. Mobile platforms are pretty well covered, but Hulu and Sling TV are the only ones that have an app for Windows 10 at the time of this writing.

The live streaming services are available online, but the browser you can use varies, too. For example, DirecTV NOW only works in Chrome on PC and Safari on macOS. And Hulu Live only recently added support for all browsers for its live and on-demand content. NFL Game Pass is a great option however you can’t watch live games, just replays of regular season, Playoff and Super Bowl games. You can, however, buy on-demand access to live games but that will be extra. 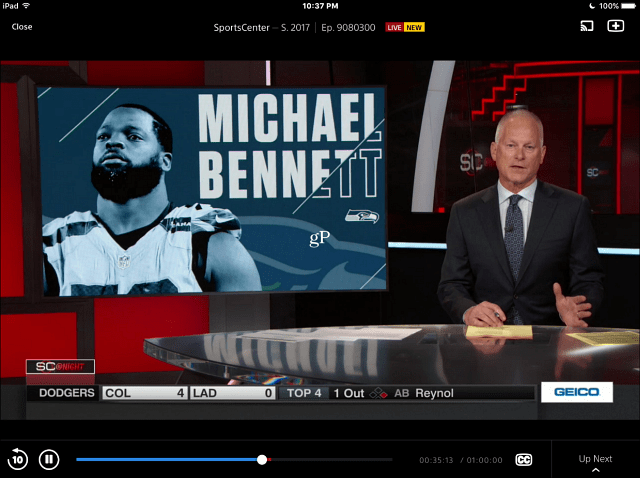 Of course, there are many other apps out there that will help you get the most out of this year’s NFL action. But hopefully, you’ll find what you’ll need from the list above. What are some of your favorites? Leave a comment below and tell us about them.