Can you download Netflix content on Mac? Technically you can, but there’s another solution that’s probably better for most people.

Netflix is one of the most popular streaming services in the United States and the world. For many years now, Netflix subscribers have been able to download select programming on the service to watch offline. You can do this now across multiple platforms and devices, including iOS/iPadOS, Android, and Windows. Unfortunately, there’s no simple or legal way to download Netflix content on your Mac’s operating system, macOS.

That’s correct; no matter what you might have read somewhere else on the internet, it’s not possible to download Netflix content on your Mac at the time of this writing. And yet, there are two workarounds worth considering. One of these is easier to do than the other, as you will see below.

Netflix users have long been allowed to watch Netflix content on MacBooks and Mac desktops. To do so, all you need is a web browser such as Safari, Chrome, or Microsoft Edge. Unfortunately, none of these options lets you download content for offline use. And, to date, there is no Netflix app for macOS.

Why is this? Neither Apple nor Netflix has said, which makes no sense given Netflix’s continued popularity. In fact, it makes about as much sense as the two companies never coming to terms to bring Netflix to the Apple TV app where the iPhone maker recommends content based on your viewing habits. (A Netflix app is available separately on the Apple TV set-top box, however.)

To legally view downloaded Netflix content on your Mac, try one of the following options.

Use AirPlay … on iPhone or iPad

Apple has long included AirPlay support on its products to allow users to stream videos and music. Third-party devices also support AirPlay, including Xbox, Roku, and others. Unfortunately, it limits which type of devices you can use to watch video content through AirPlay. To date, the only places you can stream AirPlay video to are the Apple TV and AirPlay 2-compatible smart TVs.

These limitations are why our first recommendation has nothing to do with Mac. Despite this, it might be a better long-term solution. Rather than Mac, watch downloaded (and offline) Netflix content on your iPhone or iPad.

Before getting started, it’s important to understand how Netflix handles downloading on mobile devices. By default, it uses smart downloads when downloading episodes of TV shows on Wi-Fi only. With smart downloads, only one episode of a series is downloaded at a time. Once you’ve watched that episode, it gets deleted and then another one gets added. This happens behind the scenes whenever your device is connected to Wi-Fi.

If your plan is to watch multiple episodes of a series offline, you should turn off smart downloads. To do so, tap the Downloads icon at the bottom right of the Netflix app. From there, choose Smart Downloads at the top, then toggle off Smart Downloads on the next page.

Once the smart downloads option is turned off, you can get started with downloading your Netflix content following the steps below: 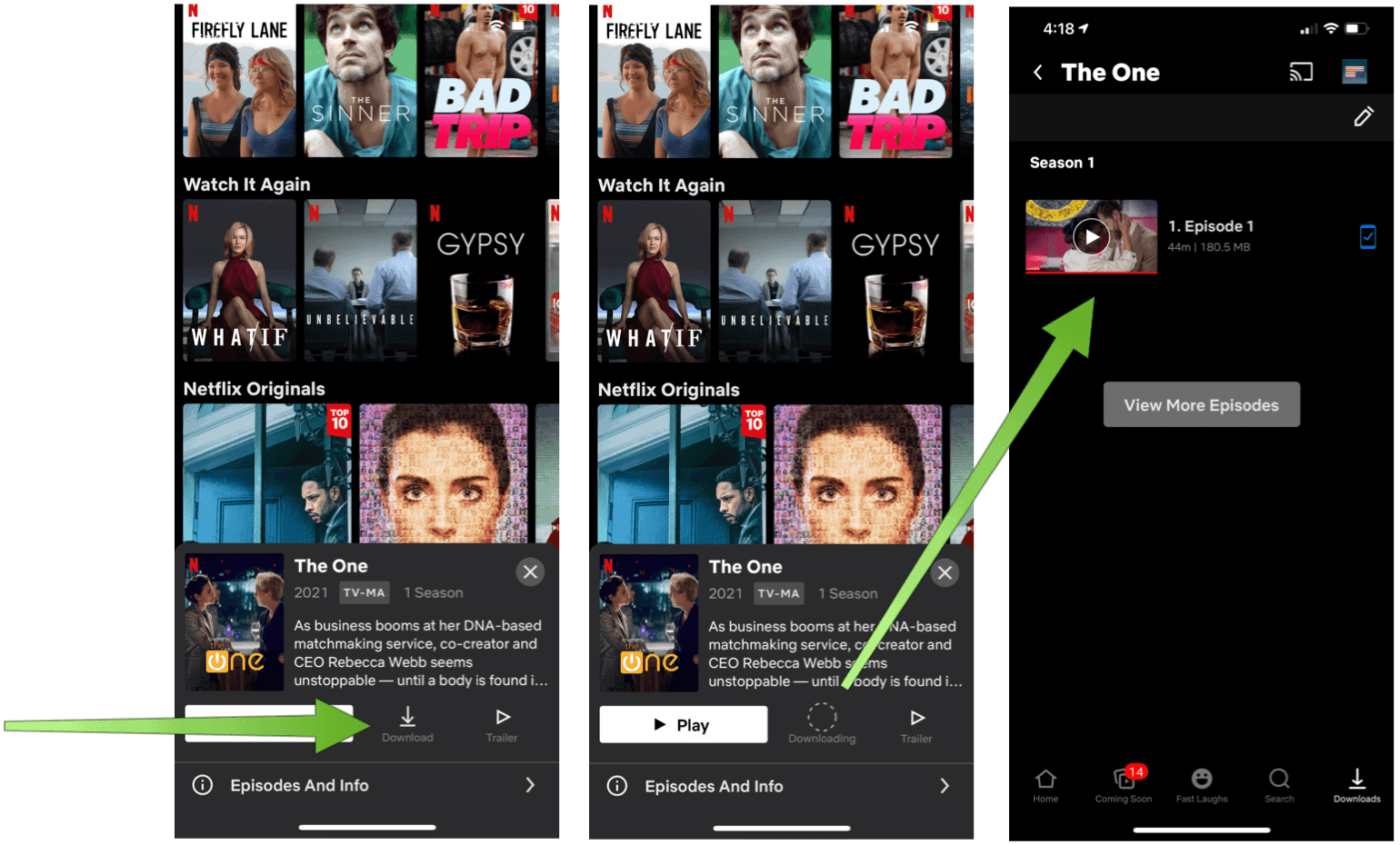 Once the Netflix content is downloaded onto your iPhone or iPad, you can watch by: 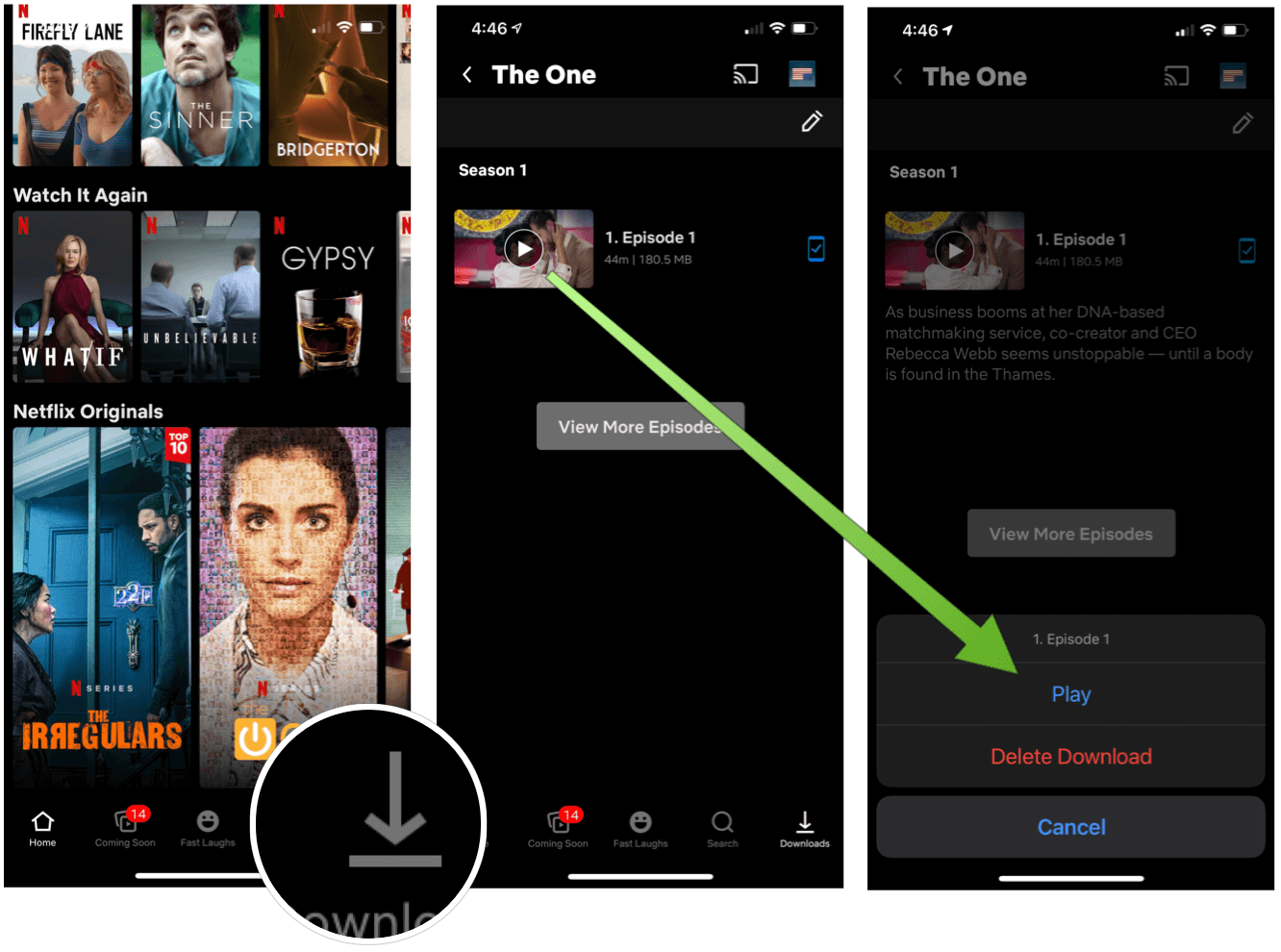 Put Windows on Your Mac

Okay, so the solution above did not technically satisfy the need to legally watch downloaded Netflix content from your Mac. A true solution is to install Windows 10 onto your Mac using Apple Boot Camp or a virtualization software package like Parallels.

If you’re using an Apple M1 device, Boot Camp is impossible, however. And virtualization isn’t quite ready for these next-generation devices, except if you’re willing to become a free beta tester.

However, you do it, once you install Windows 10 onto your Mac, go into the Microsoft Store and download the official Netflix app. Once you log into your account, shows that can be downloaded are marked with an icon.

The following screenshot shows the Netflix app for Windows running on a MacBook Pro M1 via the Parallels M1 beta: 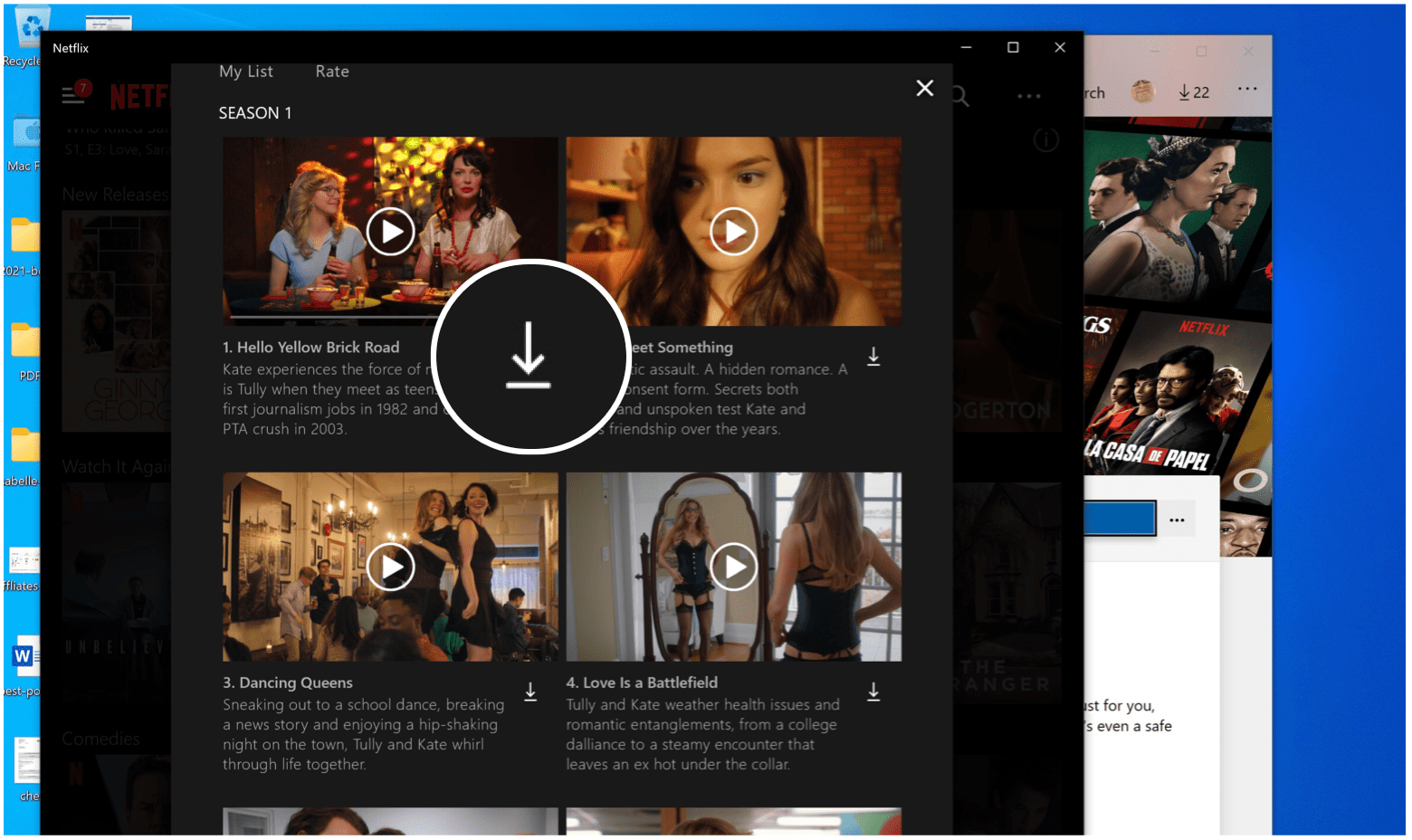 In 2021, it doesn’t make much sense that there isn’t an official Netflix app for macOS. Because of this limitation, you can’t download Netflix content on Mac — at least not easily. For now, there’s really only one workaround to this problem: to install Windows on Mac through Boot Camp or virtualization.

And yet, perhaps the best solution is to forget about your Mac and download content to your iPad instead by using the Netflix app. Otherwise, stay tuned. Hopefully, Netflix and Apple eventually correct this wrong.