Earlier today, Netflix dropped a blog post announcing that you can now download Netflix content—including movies and TV episodes—and watch it offline. Immediately, an update to the Netflix iOS and Android apps was pushed out that adds the offline playing and download feature. Watching movies offline has been available for Amazon Video for over a year so for those of us who prefer Netflix, this is exciting news today!

How does it work? Let’s take a deep dive into the announcement and demo how to get it going.

Here’s what the Netflix blog said:

While many members enjoy watching Netflix at home, we’ve often heard they also want to continue their Stranger Things binge while on airplanes and other places where Internet is expensive or limited. Just click the download button on the details page for a film or TV series and you can watch it later without an internet connection.

I’m actually traveling today and was about to write up a post on United Airlines in-flight app. But to heck with that—I can watch Netflix in airplane mode now. 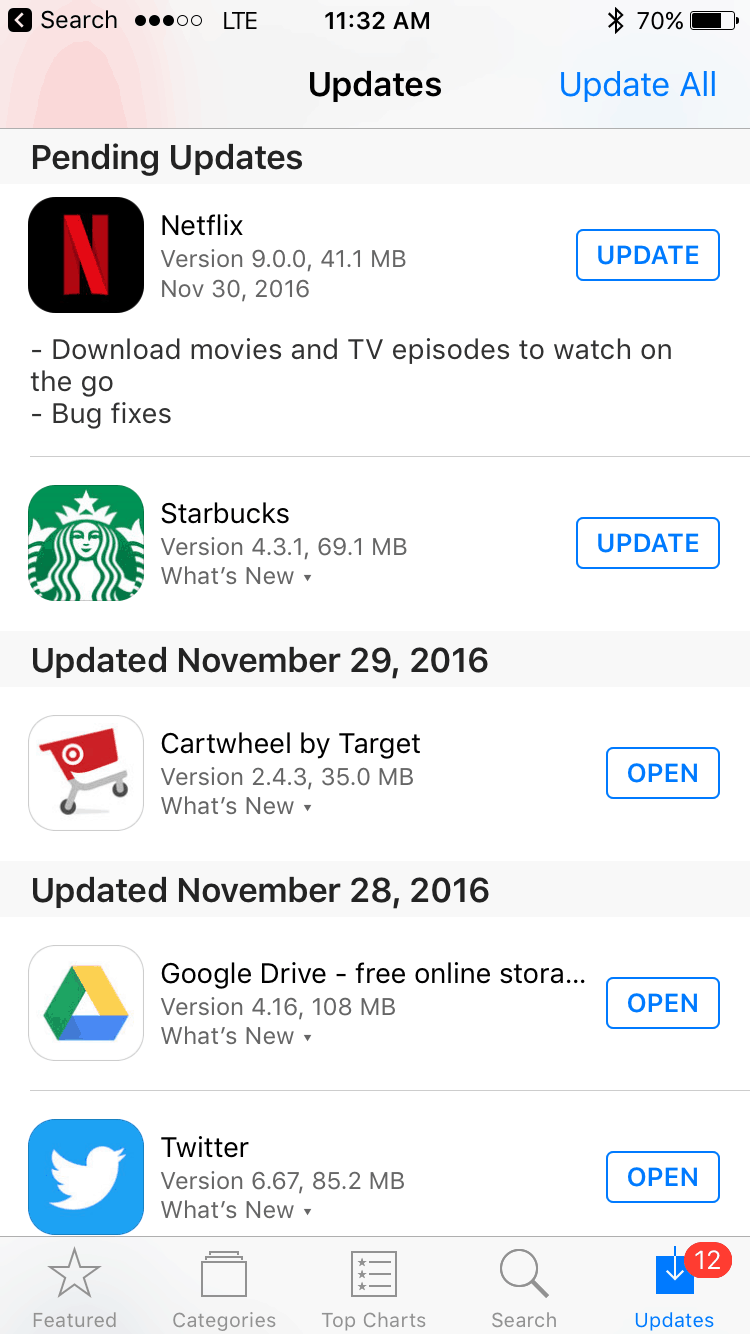 I had to log back in with this 9.0.0 Netflix update. After that, there was a welcome screen that explained the offline playback feature. It looks like only select titles are available to download, but it seems to include all the Netflix Originals which, honestly, should keep you busy for quite a while. Lady Dynamite, Black Mirror, Narcos, a ton of standup specials from John Mulaney, Louis CK, Kathleen Madigan—it’s all there! 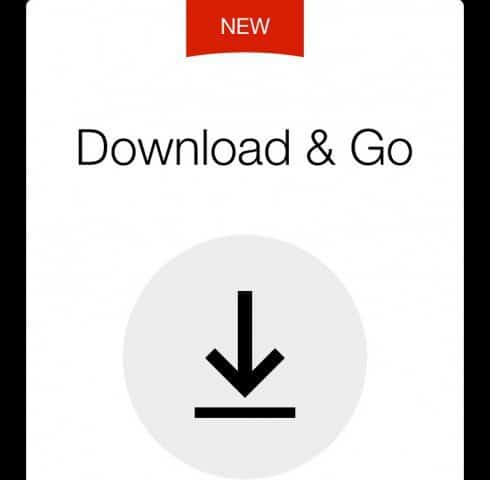 There’s an entire Available for Download section you can browse. 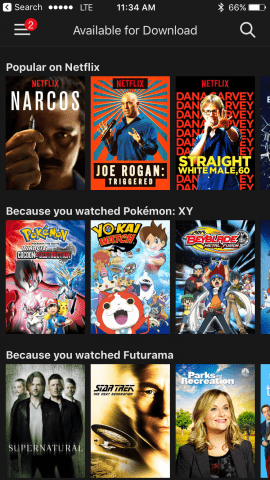 When you select a title, a little download icon will show up next to the episodes you can save for offline viewing. 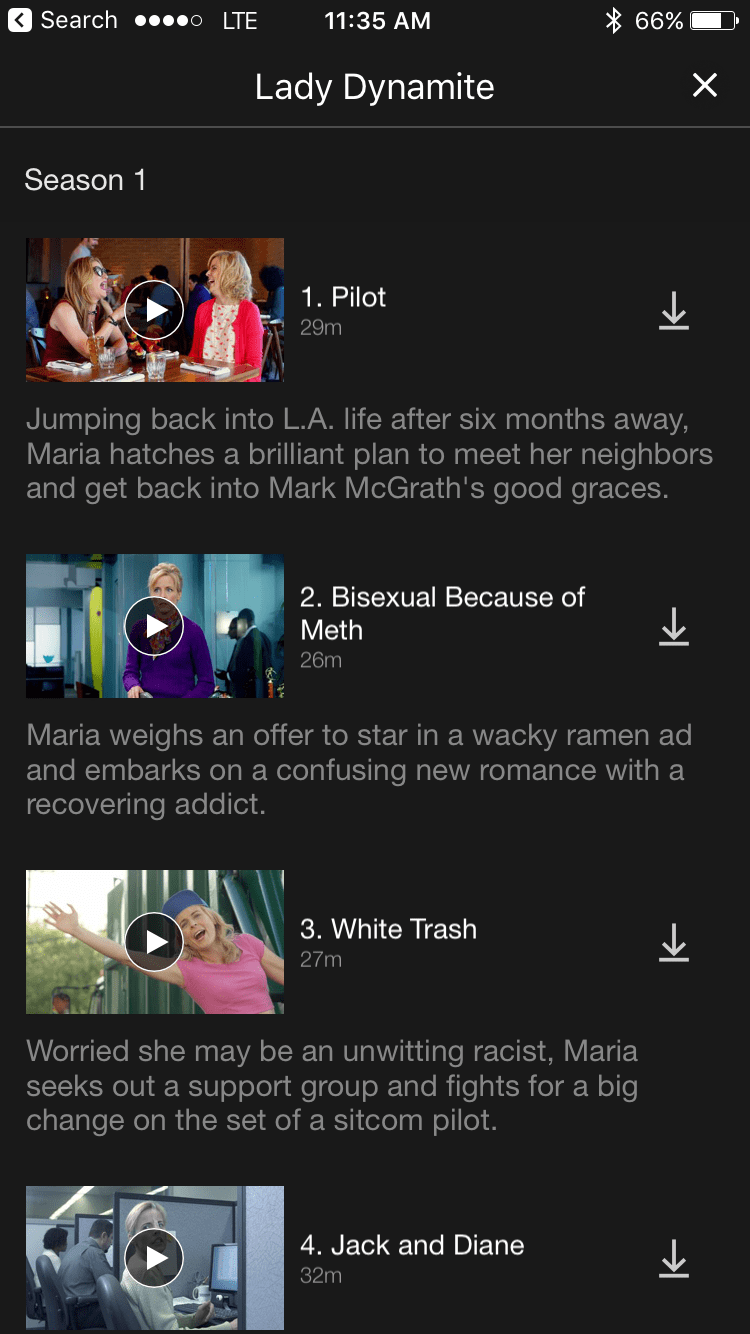 Note that your settings won’t let you download over cellular data networks by default. You can change this in your Netflix App settings. There’s a whole new Downloads section where you can toggle “Wi-Fi Only” off or on. You can also choose your video quality. I imagine it’ll really add up in the storage space if you download an entire season of Clifford: Puppy Days. The bar at the bottom tells you how much space Netflix is taking up. I have unlimited data with AT&T, so I was happy to start chewing through some bandwidth with some big downloads. 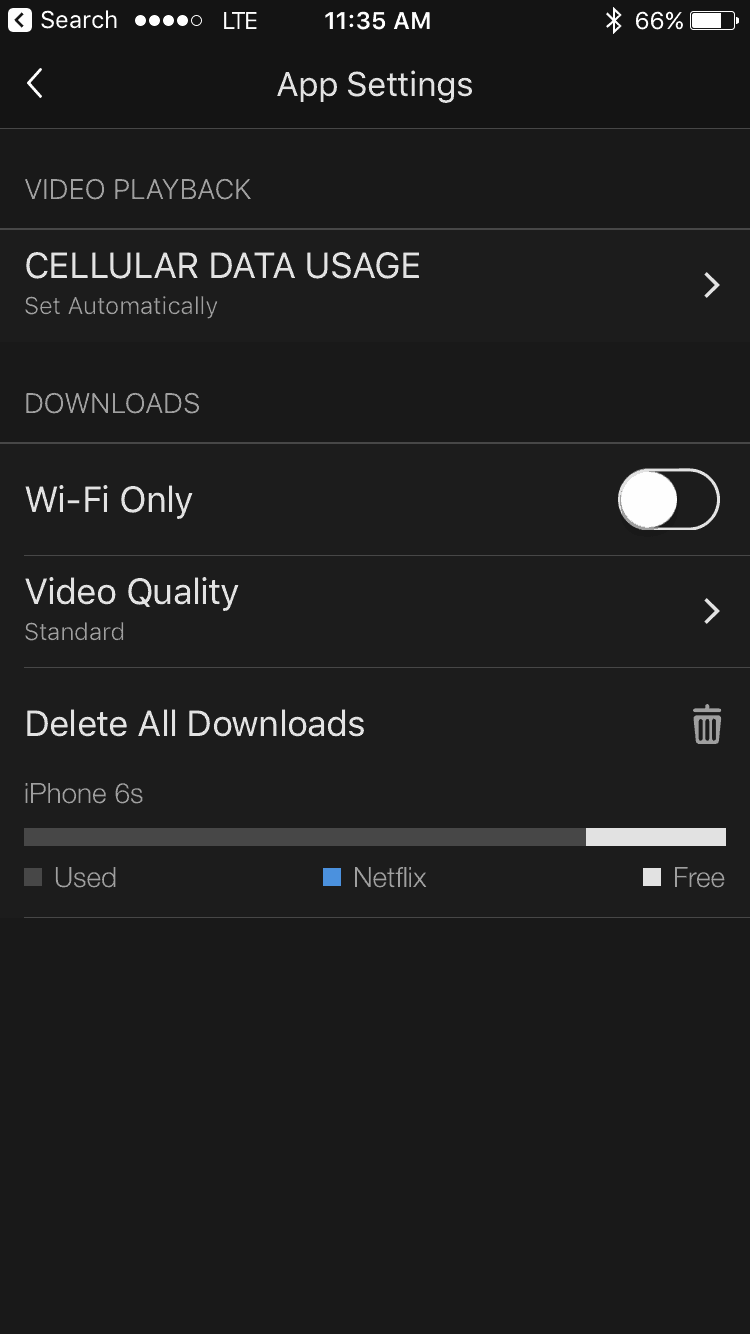 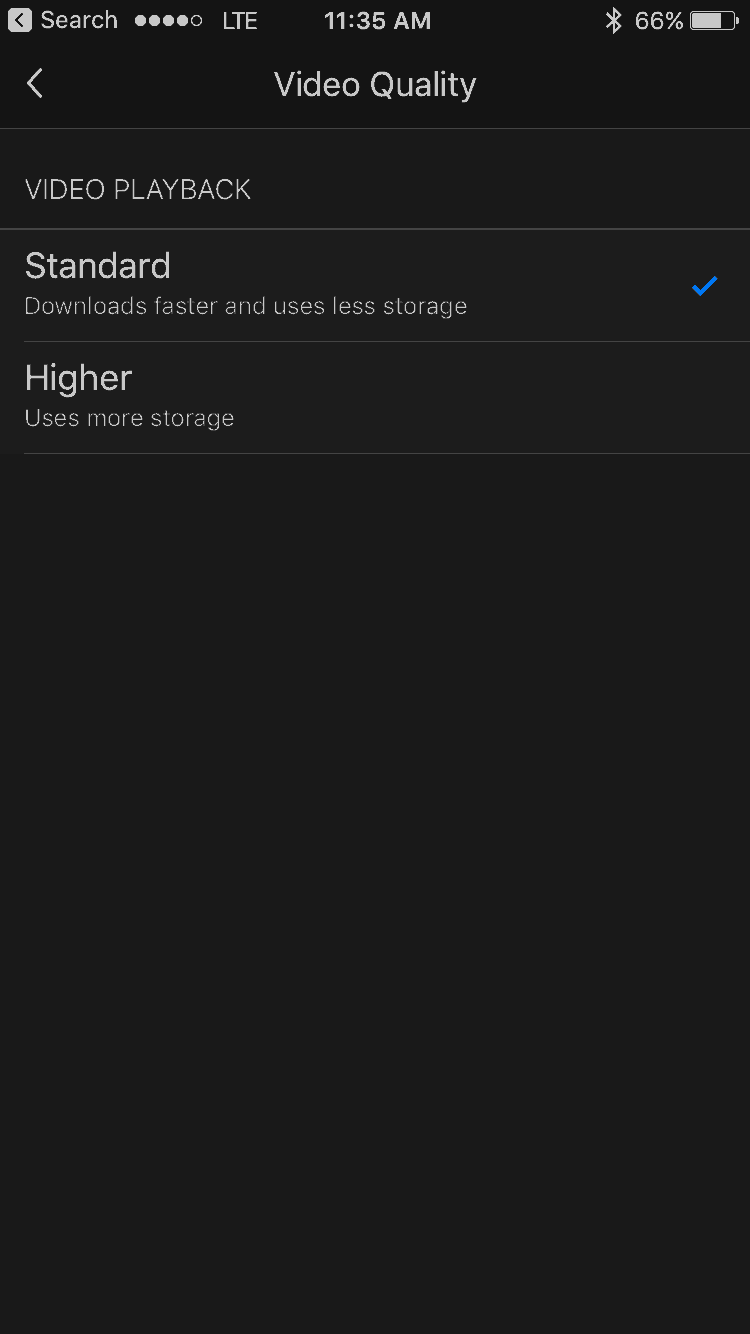 Go to My Downloads (open the menu from the upper-right) to see your downloaded content. 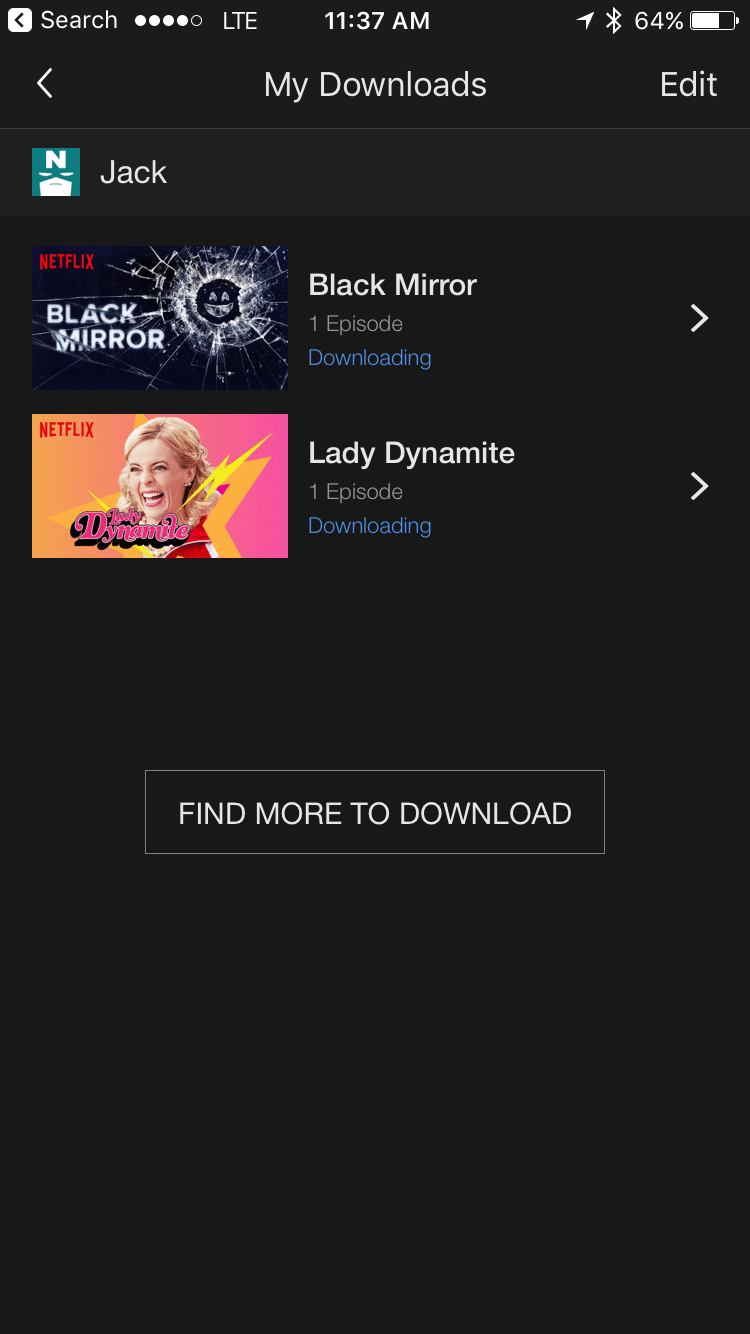 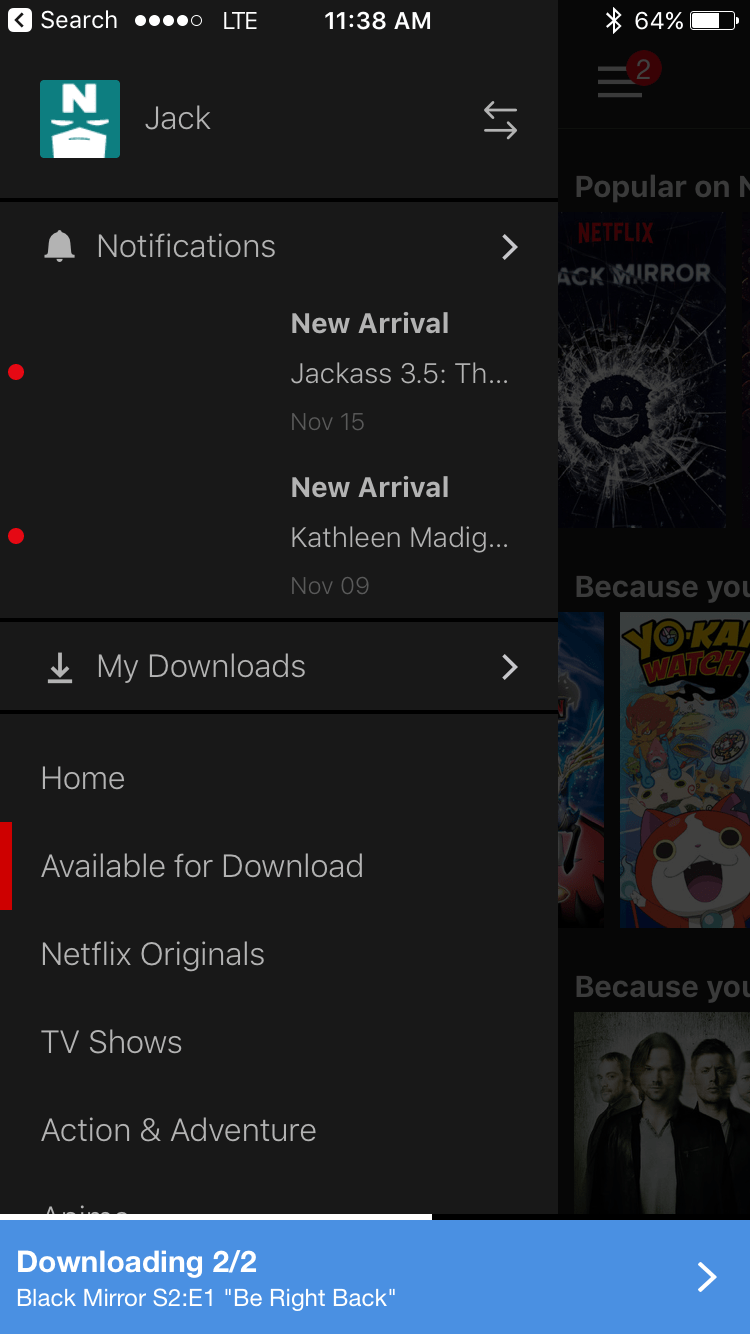 To delete episodes after watching, tap Edit in the top-right. 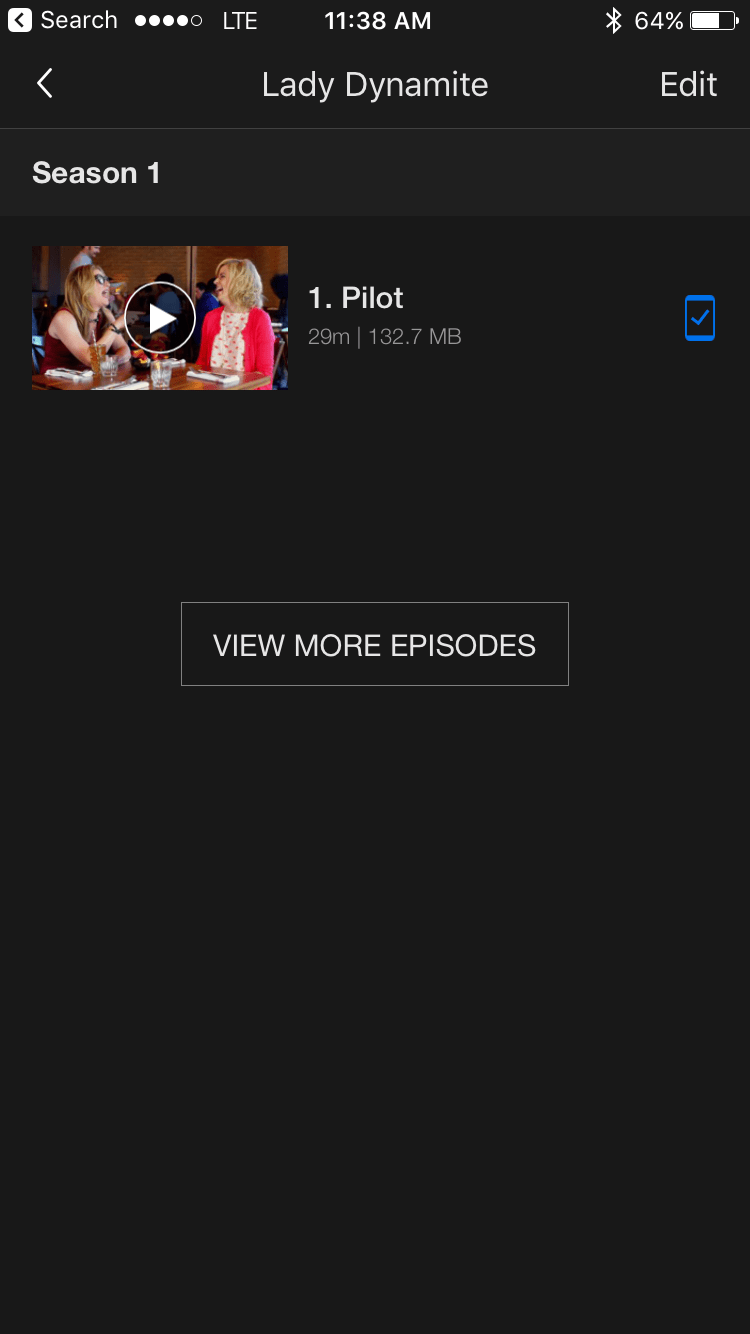 So far, I’m happy to report that Netflix offline viewing works great. I used it on my iPhone without issue. I downloaded everything over a cellular network, and my episodes were ready by the time I got to my gate.

While this new feature is sure to attract users on limited data plans and WiFi-only devices, the more amazing thought here is that Netflix was able to get approval for offline downloads from so many major content providers. With that said, not all content is yet available for offline download. Netflix’s own titles seem to all be there, but many other shows and films have yet to allow downloading. There is no news to report of any similar feature for the desktop equivalent so users on laptops won’t be enjoying offline-Netflix on the go quite yet, though for iOS and Android users it is open season.