Apple today released iOS 12.3 for iPad, iPhone, and Apple TV which includes a refreshed TV app that comes with a refreshed design and new features ahead of its Apple TV+ subscription service.

Apple today announced the rollout of its new Apple TV app with the release of iOS 12.3 and tvOS 12.3. It brings the new app to over 100 countries and the new TV app is available now on select Samsung smart TVs. The release of the app comes ahead of the company’s launch of its Apple TV+ service expected to this fall. Apple announced the TV+ subscription during its Show Time event in March where it also rolled out the new Apple News+ service. Here is a look at what you can expect with the new update.

The emphasis of the new design is on curation and includes support for premium channels. “With the free iOS 12.3 and tvOS 12.3 software update, customers around the world can now subscribe to Apple TV channels within the Apple TV app — paying for only the ones they want — and watch on demand directly in the app. In the US, Apple TV channels include popular services such as HBO, Starz, SHOWTIME, Smithsonian Channel, EPIX, Tastemade and new services like MTV Hits, with more to be added over time,” Apple writes in today’s announcement. 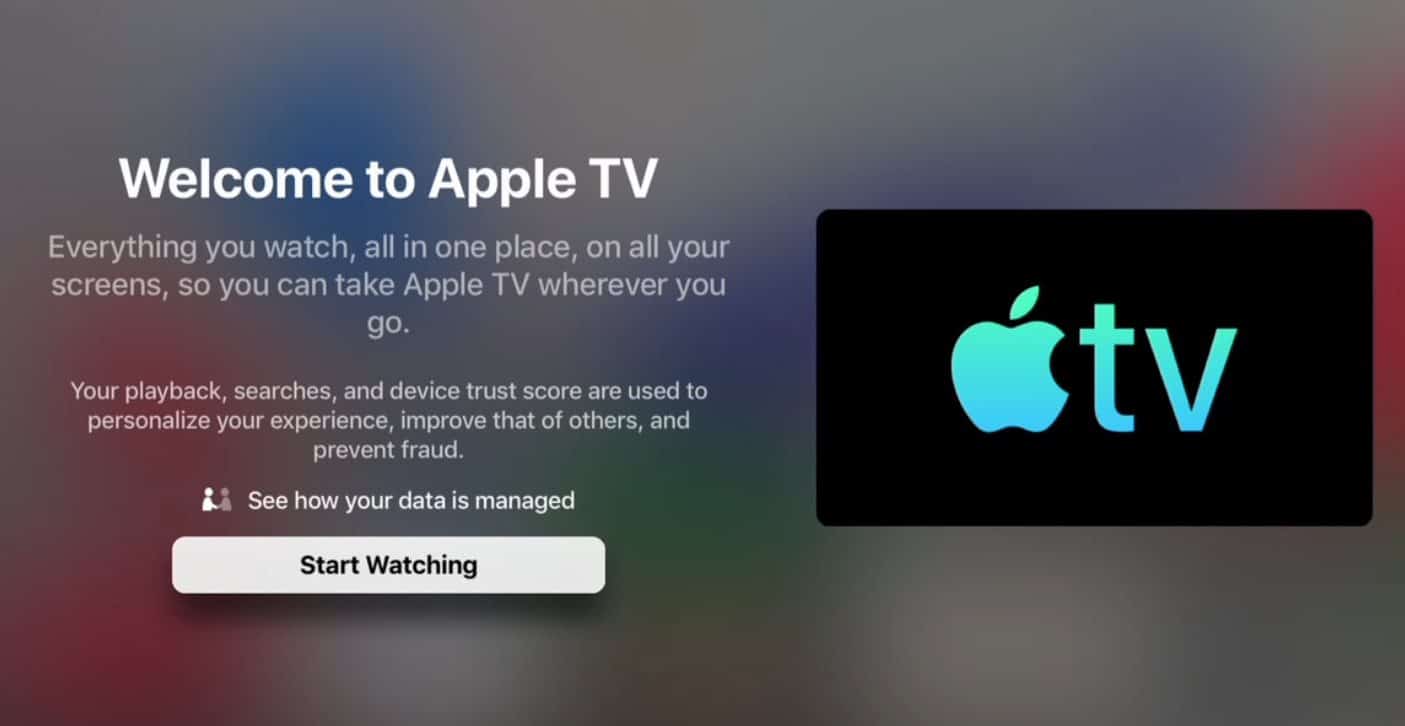 Now you can subscribe to HBO or Showtime from directly within the app and not separately via the respected service’s app. You will also be able to download shows and movies from your subscriptions for offline viewing. 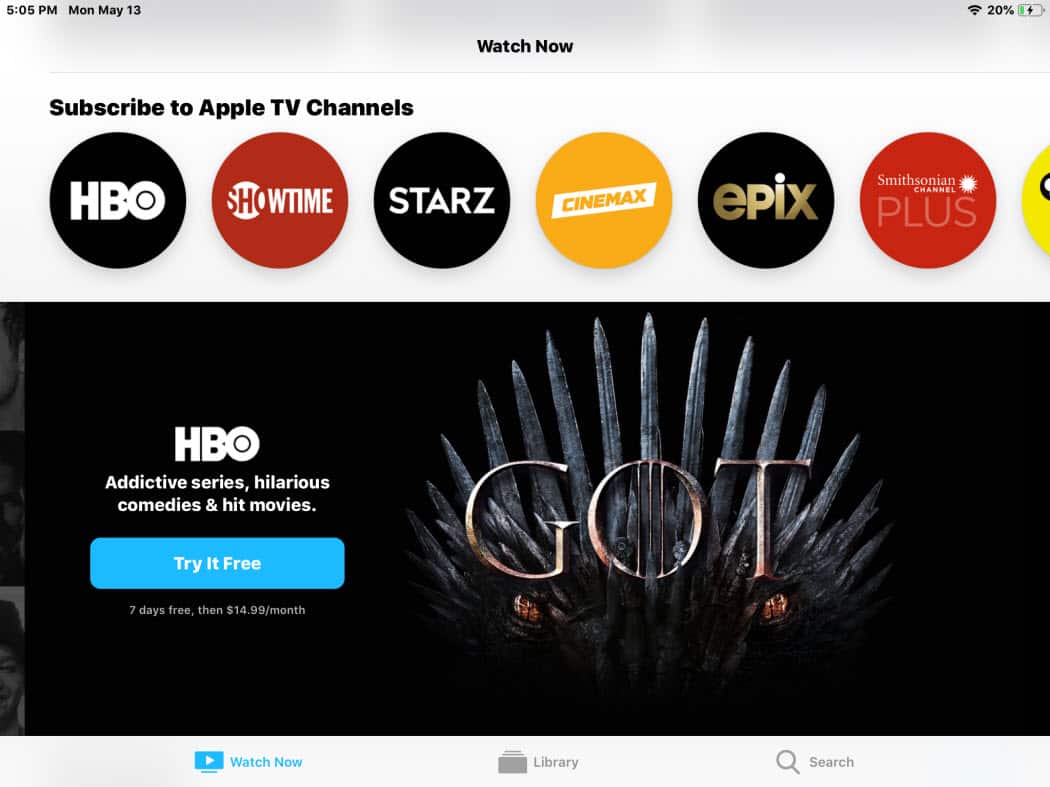 With the refreshed design, you’ll start seeing new personalized recommendations for movies and TV shows. In fact, the company revealed it will recommend content from more than 150 video apps and streaming services. It will also recommend over 100,000 movies and TV shows from iTunes. This will all happen from a central location within the TV app. This should make it easier to find content as you won’t need to hunt through apps and streaming services. Also, your favorites and viewing activity will be synced across devices.

The redesign also includes new Kids and Sports sections. And a new Library tab that is organized by Recently Added, Downloaded, Genres, and more. 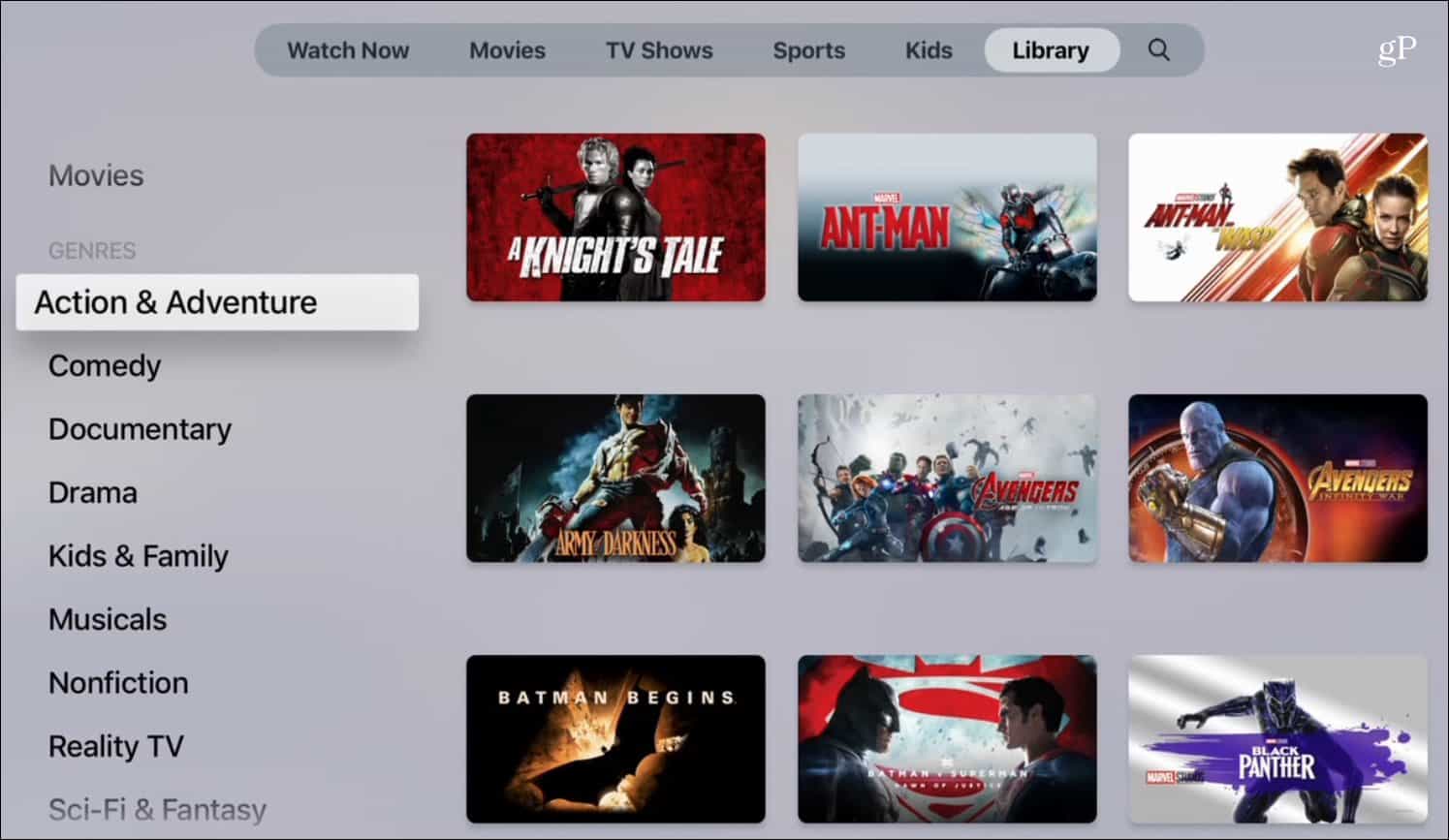 In addition to the refreshed TV app, iOS 12.3 also includes improvements to the Apple TV app on other platforms as well as AirPlay 2 Support for Samsung smart TVs. This means you’ll be able to stream content from your iPhone, iPad, or Mac directly to the TV – without having to buy the Apple TV box separately. This support is also coming to select Sony, Vizio, and LG smart televisions later this year.

If you have automatic updated enabled, you should see the new update today. If not, head to Settings > General > Software Update on your iOS device or Apple TV to get it.