If you want to stream a video from your iPhone to the big screen, but only have an Xbox One, you can still do it using AirPlay following these steps.

So, you have an iPhone or iPad and Xbox One console, but want to AirPlay content from your device to the big screen? Instead of worrying about buying an Apple TV, you can still use your Xbox by installing a couple of apps and simulate the same technology.

This is also a good solution for AirPlaying music. Since Microsoft killed its Groove Music streaming service, you might have moved your Groove Music to Spotify. There is, of course, a Spotify app available on Xbox One, and there are other services like Pandora, but another major player is Apple Music. Since it’s not available for Xbox, and probably won’t be, you can use this workaround that emulates the AirPlay experience.

Note: To set this up you will need to install a third-party app on your Xbox One and its companion app on your iPhone or iPad with iOS 8 or higher. Since it works with older iOS versions you should be able to stream content from an older iPod touch, too.

AirPlay Music and Video from iOS to Xbox One

On your Xbox console, open the Store, select Search, and start to type: airserver in the search box with the onscreen keyboard. Then choose AirServer Xbox Edition when it appears. 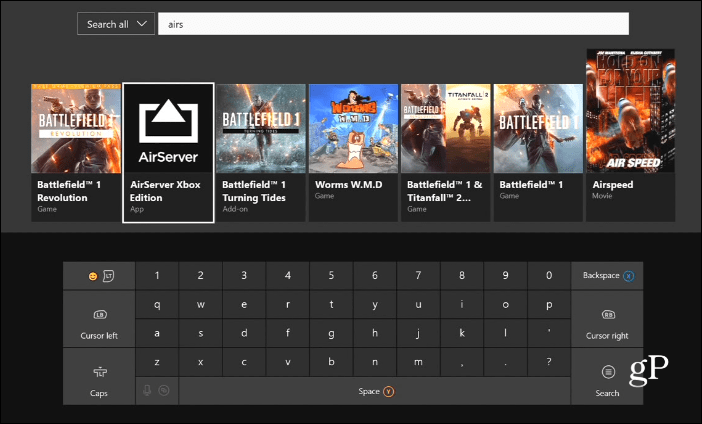 Note that you get a free trial, but the full version will cost you $19.99. You’ll want to start with the trail and make sure it works out before handing over 20 bucks. 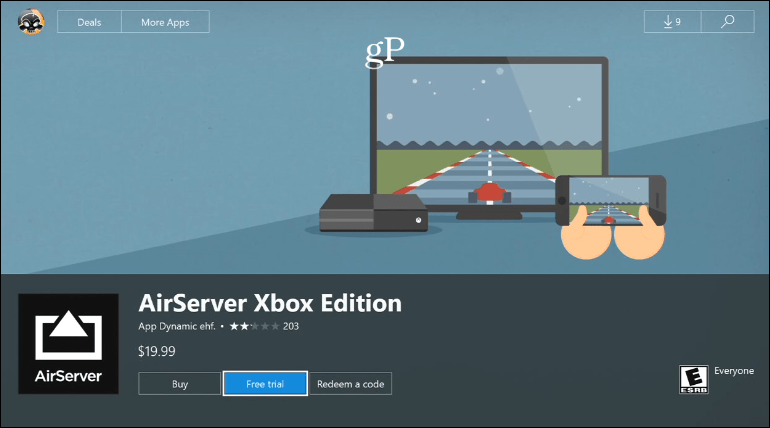 After it’s installed, launch the AirServer app on your console and choose Play Trial. 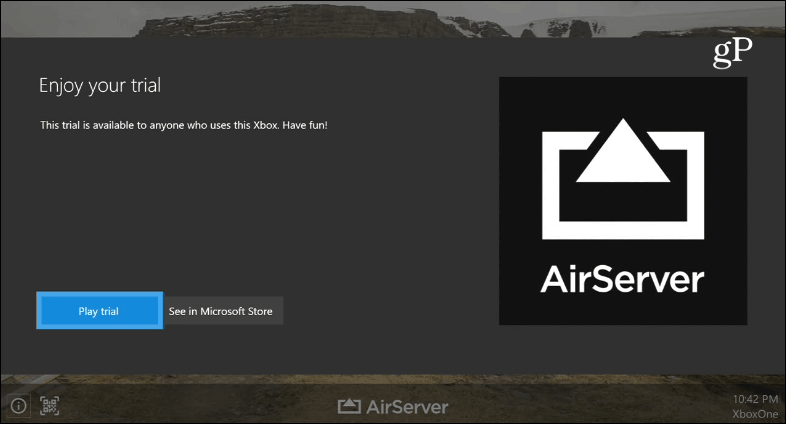 Then on the next screen press the A button on your controller to display a QR Code. Just leave the screen there and head over to your iPhone or iPad to configure it. 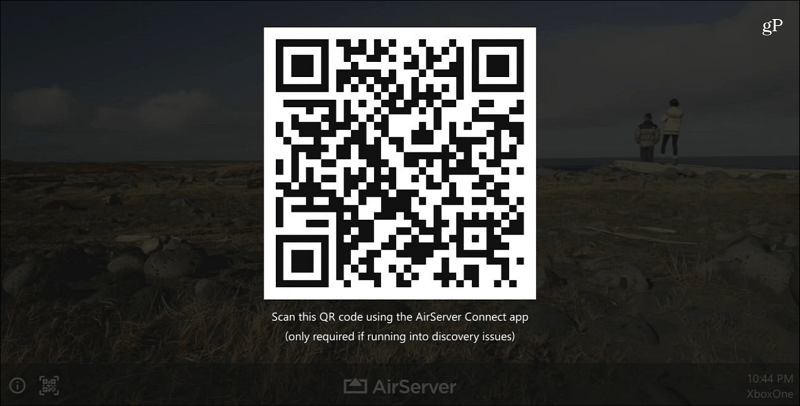 Now, on your iOS device, search the store for AirServer Connect and install it. 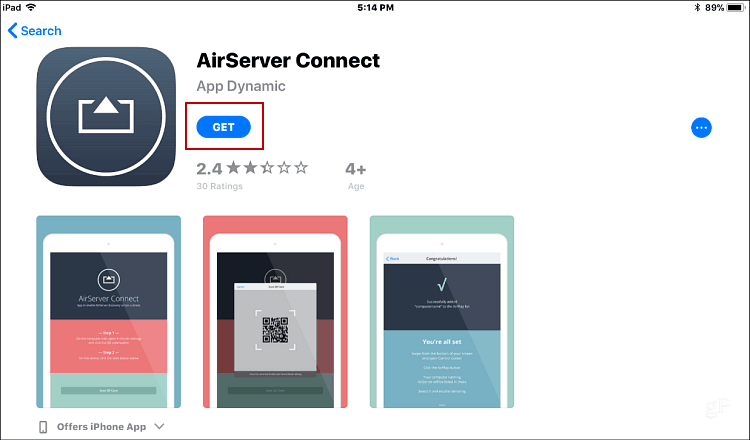 After AirServer Connect is installed, launch it and you’ll see a screen like the one below – tap Scan QR Code. Then scan the QR code that is displayed on your TV from the Xbox One. 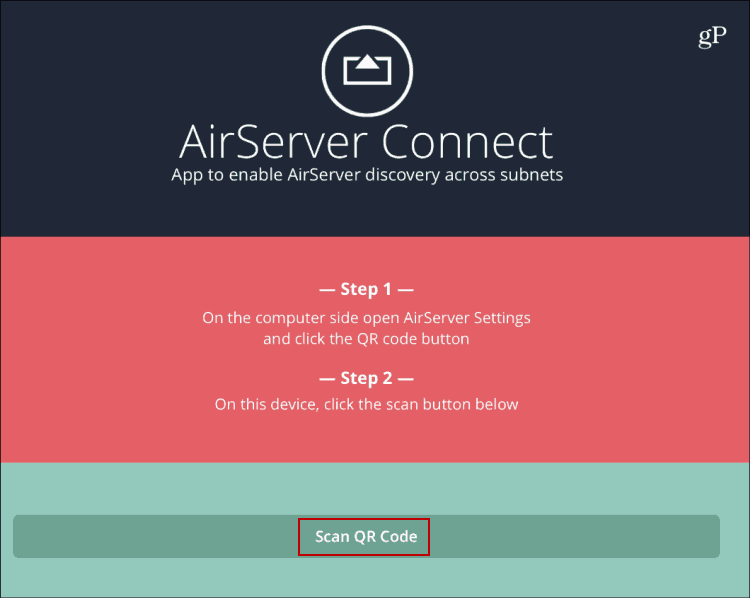 After you scan the code you will get a screen like the one below letting you know your Xbox One is discovered as an AirPlay device and pair them together. 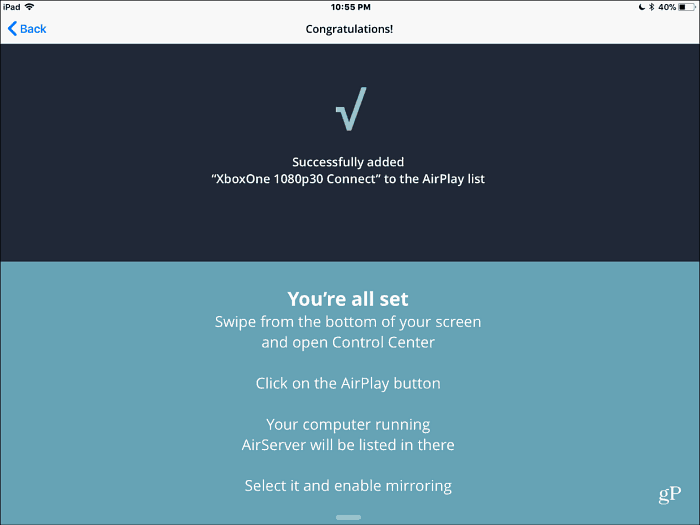 Open the iOS Control Panel and you will see your Xbox One listed as a device that you can AirPlay audio and video content from your phone or tablet too. 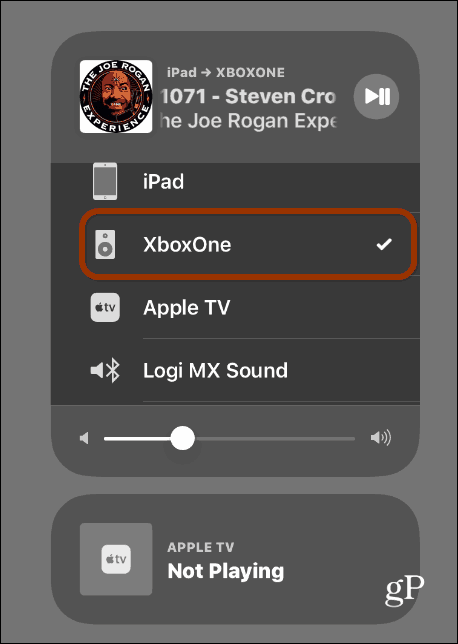 That’s it. Now you’ll be able to send videos, music, audiobooks, podcasts and other digital media from your tablet or phone to the Xbox One. It also allows screen mirroring so you can play games. It’s also worth noting that you can AirPlay content from a Mac running macOS as well as iOS devices.

If you’re an iPhone and Xbox One owner, this allows you to use the AirPlay feature without needing to buy an Apple TV separately. Give it a try and let us know what you think of it in the comments below.