Is this “TMI”? Find out for yourself by taking a look at our latest in a series of posts about internet slang terms.

Few internet slang and abbreviations can cut two different ways than “TMI.” Depending on the context and arena where it was used, the term could come across as a joking expression or something rude. Here’s a look at the term and its many uses.

Meaning “too much information,” TMI is typically used online or on social media as a reaction to what someone said sounded inappropriate about something personal. You could see it on Instagram, WhatsApp, Facebook, in a text conversation, and elsewhere.  The comment served as an overload of information, a nugget of information you don’t want to hear about. Others, however, might use the term as a sarcastic response. In this case, it’s probably part of an online conversation between two good friends. In proclaiming TMI, it’s probably a good time to change to a subject the recipient might find less offensive.

TMI has also been used to call out celebrities and other famous people in entertainment news headlines when they said more than they probably should have in public.

Instead of TMI, you might consider using similar terms such as “IMR” (“I mean, really”) or state, “overshare.”

If you’d rather go in a completely different direction, type “TMM” for “tell me more” or “TLI,” which means “too little information.” 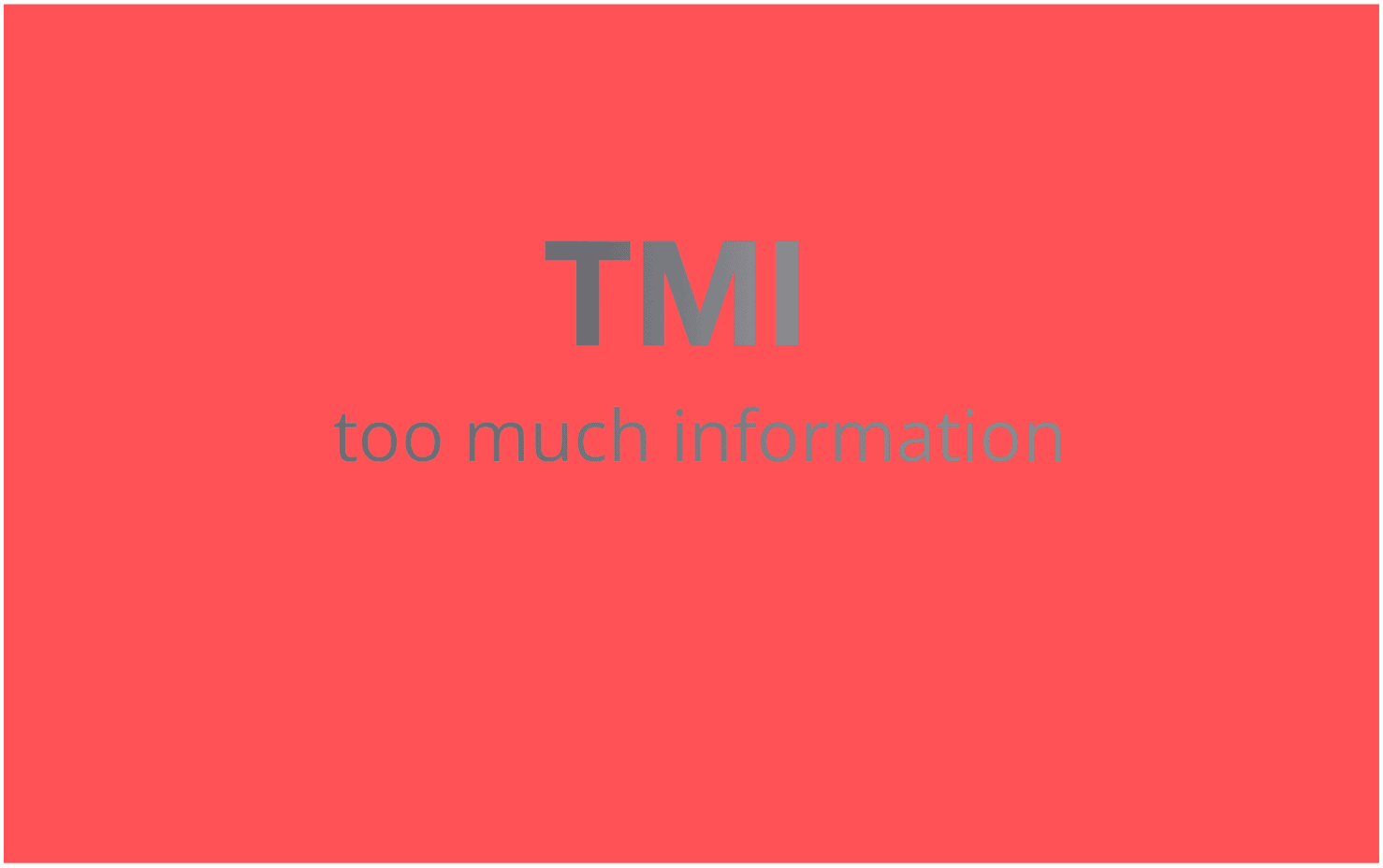 Around the globe, the TMI abbreviation has other meanings. These include “Too Many Items,” “Tell More Info,” “Too Much Internet,” ‘Tiny Mad Idea,” and many more. Perhaps my favorite is “Too Many Idiots.”

TMI is just the latest in our series of internet slang abbreviations we’re exploring at groovyPost. Recent explainers included ones on BUMP, CU, TTYL, TL;DR, BIAB, and many others. Keep coming back to see which terms we’ll be covering next.