The word “bump” has many uses online and off. In the digital world, a bump is often used to shine the light on important posts or comments.

We’ve looked at many different internet slang terms; we present something a little bit different here. The term “BUMP” has many various meanings, including one that relates to posting comments online. Here’s a closer look at the word bump and how to use it.

What Does BUMP Mean?

Most specifically, BUMP means to “Bring Up My Post.”

Whether on Facebook, Instagram, or anywhere else where comments exist online, you might see someone posting the term and nothing else. Typically, this is followed by others posting the same, single word. When this happens, someone is suggesting a previous post warrants extra attention. A series of bumps can increase engagement on the post and move it higher on users’ feeds. By doing so, more members with access to the post will see it in their feeds.

You can also use the word solely to alert others to something they might benefit from reading. “Bumping” in this case is a kind gesture on your part.

Alternatively, instead of using the word BUMP, you can use the word “refresh” or symbol “^.” 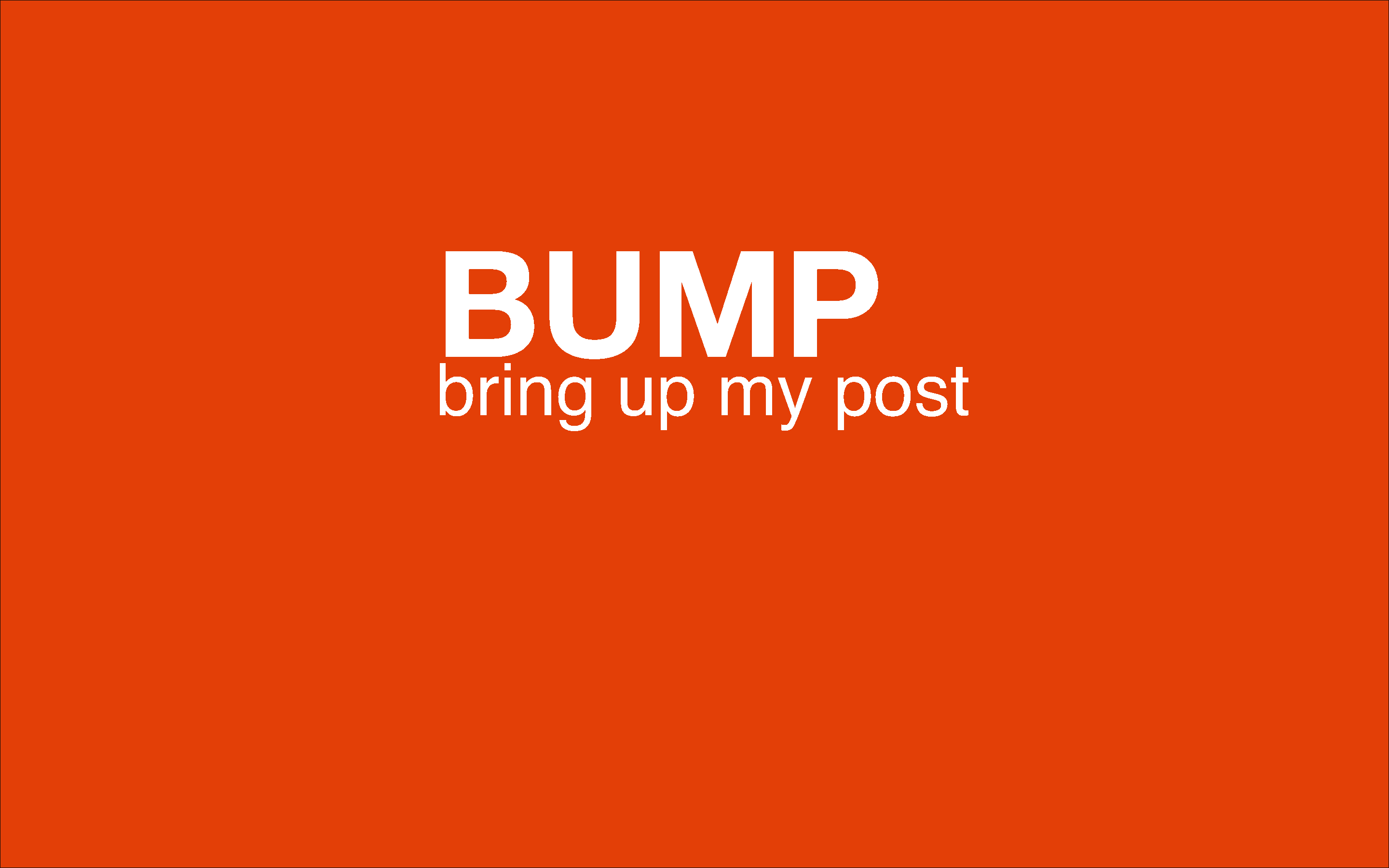 Not surprisingly, the word bump means a lot of things in different situations. For example, a lump could be considered a bump, nodule, contusion, tumor, and cyst in the human body. In everyday English, you might have bumped your head or bumped into my car. Perhaps as a joke, one might say they’d like to bump someone off, which means to kill them. The word at hand is also used to describe a dose of an illegal drug, such as ketamine or cocaine.