Four friendly letters that tell someone two things at once, TTYL is probably the one internet abbreviation nearly everyone understands.

Few Internet slang terms are embraced as much as TTYL Four friendly letters that tell someone two things at once, TTYL is probably the one internet abbreviation nearly everyone understands, regardless of the age group. Here’s a quick look at the term.

The term means “talk to you later” and was popularized in the early internet chat forms going back to the 1990s and even, in some cases, the 1980s. Today, the term is most prevalent in text and other forms of digital communication. You’ll also see it on social networks like Twitter, Instagram, and Facebook.  When using the term, the sender indirectly tells the other person they are leaving the conversation and hopes to speak or chat with them again.

Instead of using TTYL, some might use BRB (“Be Right Back”), GTG (“Got to go”), and CUL8R (“See you later”) instead. One would probably use “bye” or “goodbye” for similar meanings in the physical world. 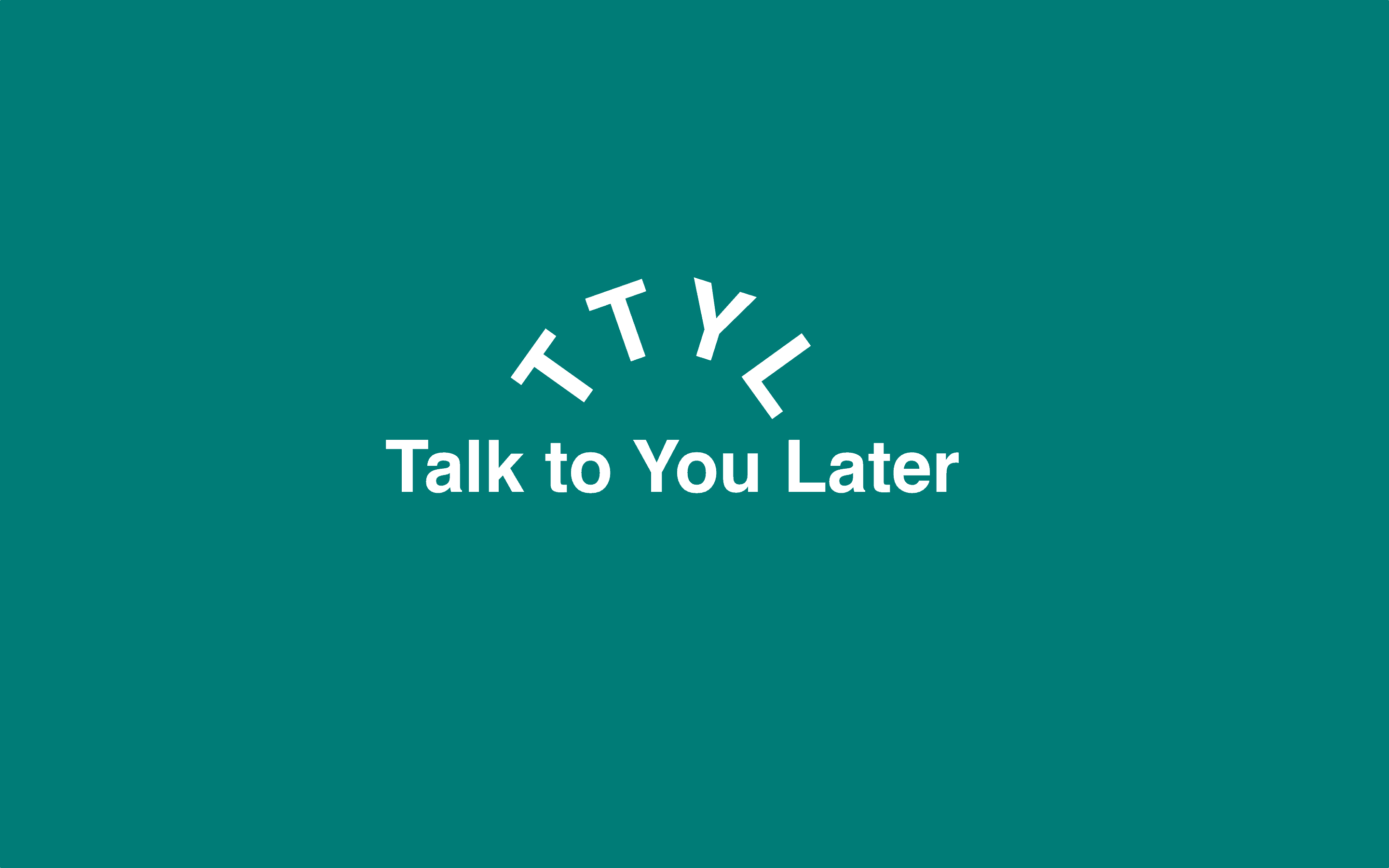 Because TTYL suggests future communication, you probably shouldn’t use the term in a professional setting or with anyone you don’t plan on chatting with again. And yet, despite the informality, there’s no concrete timeframe involved with the L (“later”) in the abbreviation. It might mean later tonight, tomorrow, next week, or next February. For some, TTYL is only being used to politely say goodbye with no immediate follow-up expected.

Here are a few examples of TTYL use on Twitter:

TTYL has an interesting use history. Before taking on the abbreviation “talk to you later,” the term meant “ta-ta, you all” in some circles. Additionally, at one time, the printing industry used the term, which meant “telex transmission for direct Linotype typesetting.”

TTY was the abbreviation for telex, teletype, teleprinter or teletypewriter in the old days. These TTYL tapes were fed into a tape reader attached to a Linotype machine for direct typesetting output. The paper tapes and feeder were fiddly things to handle — when (not if) the tapes snapped, so did our temper.

Clearly, the days of teletype are long over. Therefore, stick with the current meaning of the abbreviation. And to everyone, TTYL. Also, check out what BiaB means and how to properly use TL;DR.