What does the internet term TL;DR mean? You can find out here where we take a look at jargon that’s being used around the globe.

When it comes to internet slang or cyber speak, one of the more interesting terms is TL;DR. When you receive a message with these four letters, don’t necessarily take its meaning personally. It probably wasn’t you, but rather something you sent to the recipient previously. Here’s a quick look at the term.

The term means “Too Long; Didn’t Read,” and it’s typically sent in messaging apps like WhatsApp or Telegraph and online forums. It’s understood that something sent or talked about earlier was too long, and that’s the reason it wasn’t read. Using the term, the person might be suggesting to the original sender to summarize the article, post, or another form of text. Urban Dictionary explains it’s also used by someone who wrote a large article online and offered a summary to explain its contents.

Regardless, the term is best used in personal communication, such as texting, email, or online chatting. It shouldn’t be used in professional correspondence — at least not with unfamiliar people.

Similar cyber speak includes BTAIM (“Be That as It May”) and ELI5 (“Explain Like I’m 5”). The former might confuse those less knowledgeable about internet jargon, while the latter could come across as a nastier response. Additionally, TL;DR is sometimes written as “TLDR,” which has the same meaning. 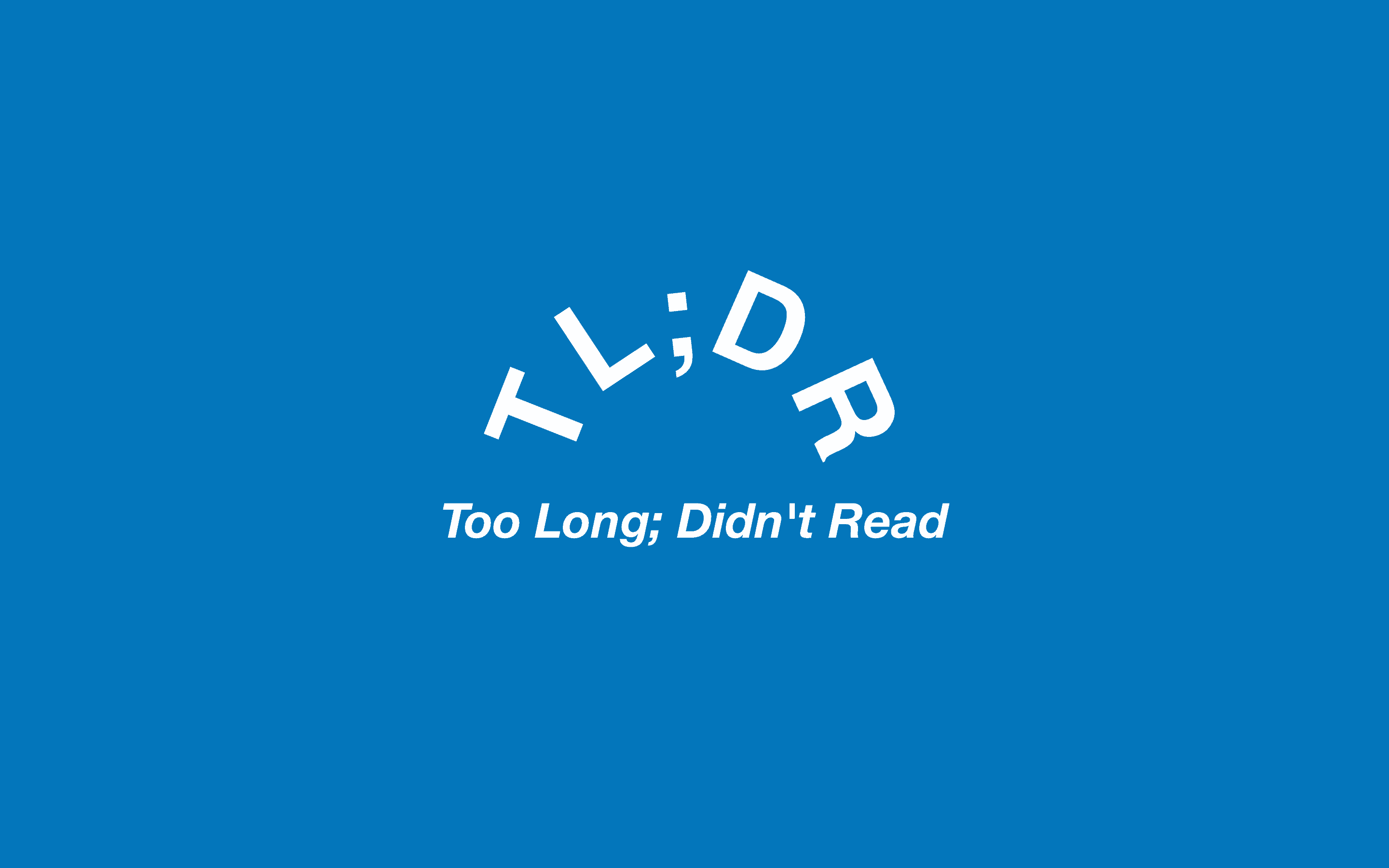 Urban Dictionary recognizes TL;DR as being first introduced in 2003. The Merriam-Webster Dictionary says it arrived in 2002. It can explain one’s opinion about a lengthy text or video—a TL;DR movie, for example. (Perhaps with video, it’s best to use the term TLDW, or too long; didn’t watch, although that’s up to you.

Here’s a few examples of TL;DR being used on Twitter”:

For #MentalHealthAwarenessMonth I wrote a big thing on my Instagram about managing my #ocd but the tldr version is that medication + coping strategies to interrupt spiraling thoughts have helped a lot. pic.twitter.com/WPzp83Jlb2

Unlike BIAB, there’s no mistake what the meaning of TL;DR. The biggest decision by posters is whether to use the term “TL;DR,” “TL; DR,” “TLDR,” or “tldr.” There’s no right or wrong reason. When in doubt, stick with the original.