There are two main meanings for the term “ATM.” Still, others, are out there as well. Do you know what they are and how to use them?

There are countless internet abbreviations, with some more popular than others. In the example of “ATM,” two meanings are most recognized, although there are even more in real life and online. Here’s a quick look at the term and how it’s used.

When you want to take cash out of the bank, you drive up to an ATM. However, that might not be possible for you ATM. So yes, ATM has two significant meanings, “automated teller machine”  and “at this time.” It’s the latter that’s most mentioned social networks, in messages, and elsewhere online.

According to Urban Dictionary, the internet-speak is typically used by Millenials as shorthand for “currently.” Still, anyone can use the term online.

The world’s first cash machine arrived in London in 1967, although Japan became the first nation to have something similar one year earlier. The “Computer Loan Machine” supplied borrowed cash via an inserted credit card. Cash machines in other nations followed although the popularity of banking ATMs didn’t grow until the 1980s.

Instead of using ATM online, you can also try ATST (“at the same time”), FTTP (“for the time being”), NRN (“not right now”), and TAFN (“that’s all for now”). You might also want to consider using the unabbreviated “presently,” “at the minute,” or “right now.” 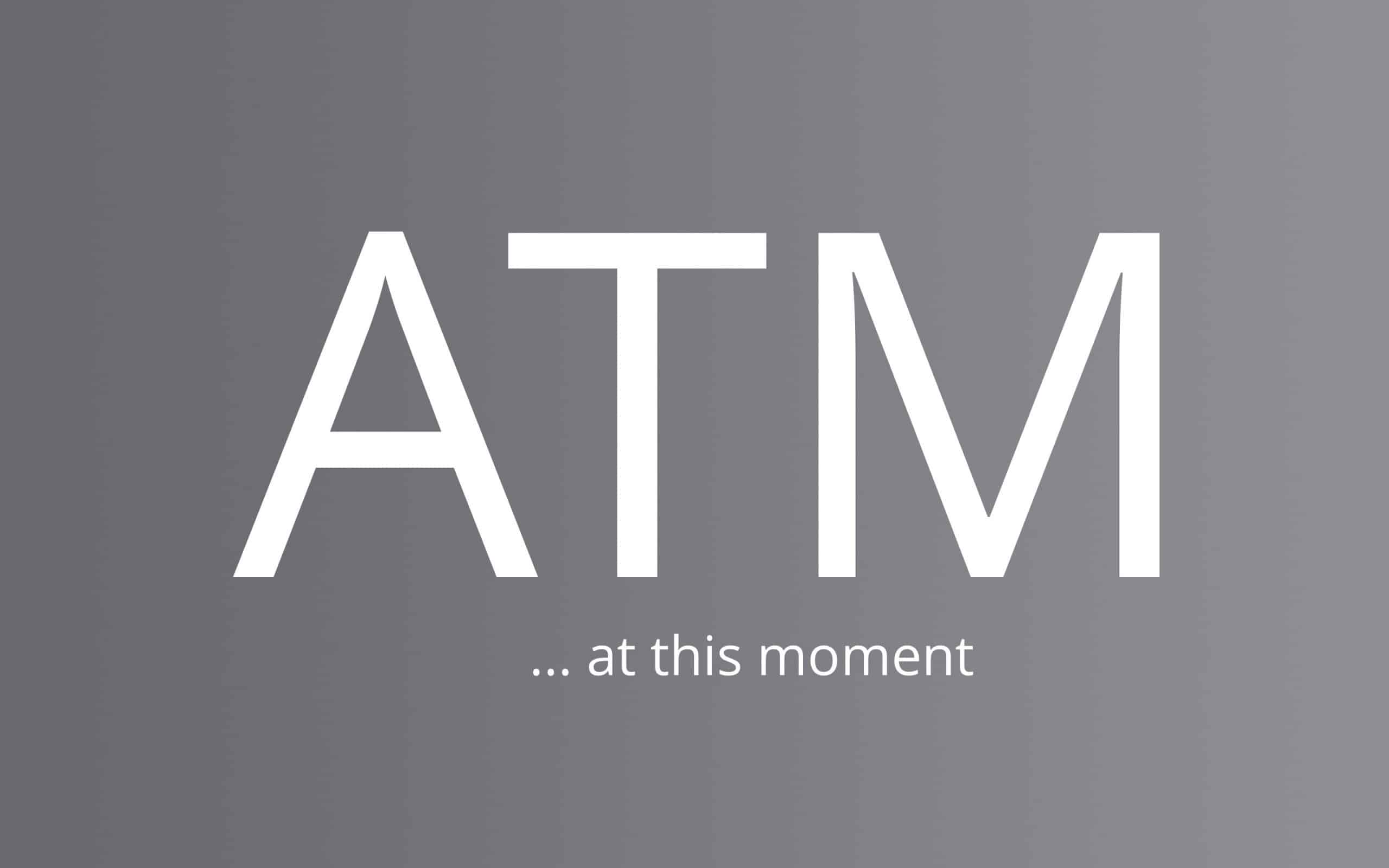 Here are some examples of the term being used on Twitter:

My go too song atm pic.twitter.com/jhJjgefVA7

only ones i could find atm pic.twitter.com/w4oNaxv0jT

ATM is just the latest in our series of internet slang abbreviations we’re exploring at groovyPost. Recent ones have included TMI, BUMP, CU, TL;DR, BIAB, and many others. Keep coming back to see which terms we’ll be covering next.