Ready for some Microsoft nostalgia? In this piece, we cover a bit of history, some screenshots, and an early 90s TV commercial.

At groovyPost, we like taking nostalgic journey’s back in time to see how far we have come in computing. Yesterday, Windows 3.1, the 1992 release, celebrated its 25th anniversary. Windows 3.1 further solidified the dominance of the Windows desktop in the 90s after the successful introduction of Windows 3.0 at the beginning of the decade. Although a point update, Windows 3.1 was marketed as a major release, much in the same way Windows 8.1 stands vis-a-vis Windows 8 today. Windows 3.1 was used across a series of Windows products and services, such as Windows for Workgroups and the 32 bit Windows NT 3.1 in 1993.

The operating system was poised as familiar on the interface level, but revolutionary in terms of performance enhancements and support for new features. As the two characters in this early 90s Windows 3.1 commercial quip:

“So, you’ve used Microsoft?”
“For as long as I’ve been using computers.”

Today, Microsoft, of course, is looking to the future rather than the past, especially with the fast-paced releases of its current flagship OS, Windows 10. That said, these early releases stand as major milestones in the growth of the company and the user experience with PCs.

In fact, before you could use Windows 3.1, you would first install a compatible version of MS-DOS, then start setup at the command line. Booting into the Windows 3.1 environment required entering the /win command.

While researching this article, I was surprised to discover that the system could theoretically utilize up to 4 GB of RAM when used in enhanced mode, even though the practical limit was 256 MBs of RAM—a significant step up from Windows 3.0’s 16 MB limit.

The desktop back then was severely limited; I had a copy set up in VirtualBox just to get a feel for what it was like to use the ancient release. The interface utilized common desktop concepts such as windows, icons, menus and a mouse cursor. Beyond that, it was a far cry from what we recognize as a legit desktop environment today. 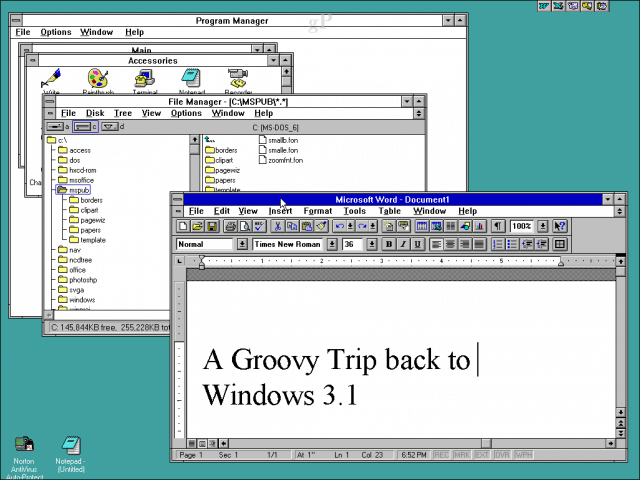 The actual desktop itself was, unfortunately, useless; all it could do was host open applications when you minimized them. There was no support for functions like the right-click menu either. It wasn’t unusual for users to lose their apps and open multiple instances, causing ‘out of memory’ errors.

In Windows 3.1, the minimize and maximize buttons are up and down arrows. Whenever you minimized an application to the desktop, clicking it would activate a context menu offering the option to restore the application, move, maximize, close or switch to another application. 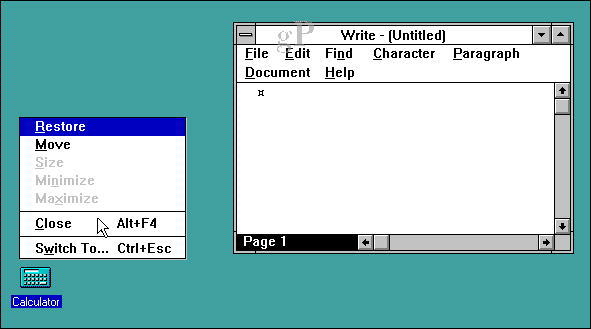 There was no Taskbar; instead, you used the Task List application or the alt + tab keyboard command to switch between running applications. 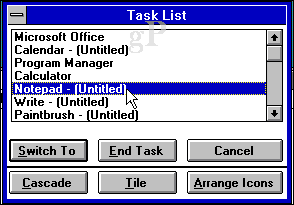 Life Before the Start Menu

Navigating the interface and file system was performed through the Program Manager, a predecessor to the Start menu. Program Manager contained much of the familiar elements that can be found in Windows today, such as programs, Control Panel, and File Manager. Speaking of File Manager, this was the main app for managing your files and the resources of your computer such as local disks, attached disks, and network resources. Several standard applications that still come bundled with Windows today were also included: Paintbrush (Paint 3D), Write (WordPad), Notepad, Calendar, and Calculator. 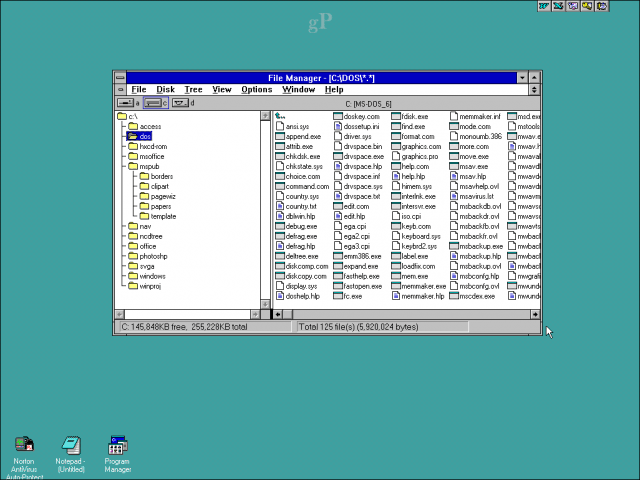 Hardware Support and Other Features in Windows 3.1

Windows 3.1 did include support for media technologies; users could use optical disc drives, but setting them up was probably difficult. You had to ensure drivers were installed in a particular order, adjust IRQs to avoid conflicts with other hardware and even modify jumpers on your motherboard. The OS didn’t include support for newer technologies like plug and play or USB. Networking was available, but you had to set up and configure that yourself, unlike today’s out of the box experience. The operating system certainly reflected the geeky aspect of the computer back then. 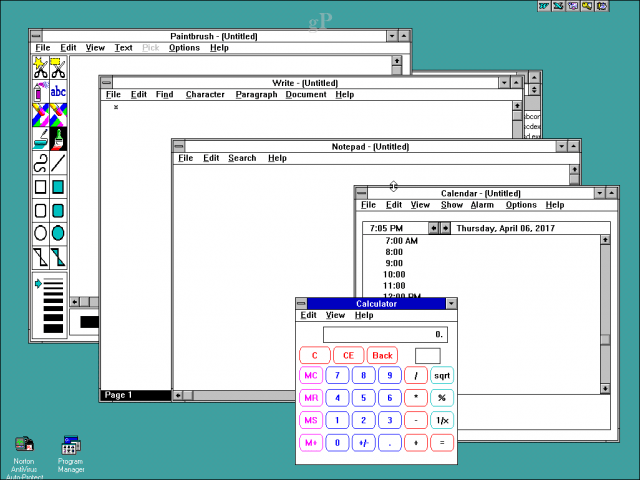 Architecturally, Windows 3.1 was limited by its 16-bit subsystem, which partly contributed to its limitations for handling robust applications more suited for its bigger brother, Windows NT. Features like memory management, pre-emptive multi-tasking, and journaling file systems on a home PC were still far off in the future.

Another feature we take for granted today is multiple user support, a functionality Windows 3.1 was never designed for. For hardware at the time, the OS was likely sufficient, but Microsoft eventually realized that Windows 3x releases were beginning to outlive their usefulness, hence the development of a modern generation of Windows geared towards emerging changes, such as networks, the internet, multimedia, and performance.

While Windows 3.1 was a major milestone, it seems that users and businesses were eager to move on to the next best thing. You didn’t see the holdouts who resisted upgrading from Windows 3.1 as you did with other popular Windows releases. I rarely came across Windows 3.1 PCs in the late 90s, unlike today when you can still come across a machine running Windows XP 15 years later (I recently saw it in an airport, of all places). Windows 95 pretty much wiped out every trace of Windows 3.1’s existence and the follow-up Windows NT 4.0 made inroads in corporate networks. 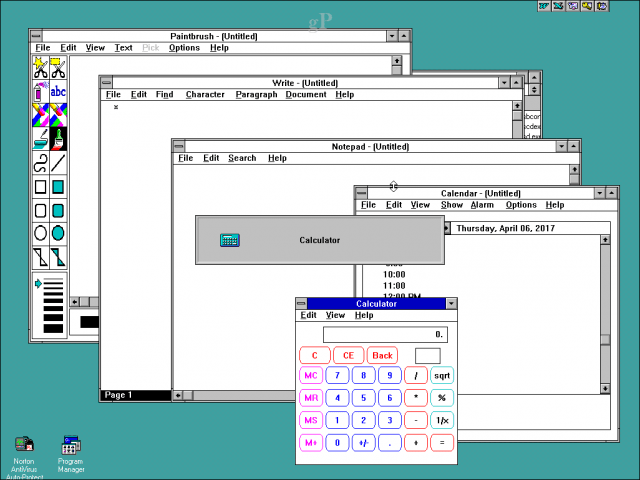 For the time and market, Windows 3.1 was pretty good in comparison to what was available. If you wanted easy graphical computing, your best option was a Macintosh; a platform itself that was struggling to survive at the time. Windows 3.1 helped to bring graphical computing to the masses with a good enough experience to run a generation of popular desktop applications such as Word, Excel, WordPerfect, and Paradox. It certainly pushed Microsoft to dig deeper into better user experiences on the PC. The release of Windows 95 in 1995 gave users a solid desktop experience that carries on to this day.

Definitely fun times back then. Let us know what you think. Did you use Windows 3.1 or earlier releases?

Also, be sure to check out some of our earlier articles for more OS nostalgia:

Looking back at Windows NT 4 on its 20th Anniversary

A Look at 25 years of Microsoft Office (Then and Now)