MS Paint is long overdue for an update, and it looks like Microsoft is planning one: a big one. Read on for details on the new and improved Paint for Windows 10.

Microsoft Paint, the handy built-in bitmap editor, has been a part of Windows since its inception back in the days of Windows 3.0. Apart from a few refinements, such as 3D menu icons introduced in Windows 95, the program has not changed much. The last major revision came with Windows 7 in 2009 when the scenic ribbon menu was introduced to provide quick access to features and functions previously hidden in the drop-down menus. Steven Sinofsky, former Vice President of Windows, joked that Microsoft wouldn’t wait this long to update the built-in apps like Paint and WordPad ever again. It looks like the software firm is sticking to that promise.

Earlier this year, leaks previewing universal versions of apps such as Notepad and Paint started appearing on the Windows Store. Many users were anticipating the updates would become available with the release of the Windows 10 Anniversary Update. For Microsoft, it’s been a five-year transition modernizing many of the built-in components in Windows. 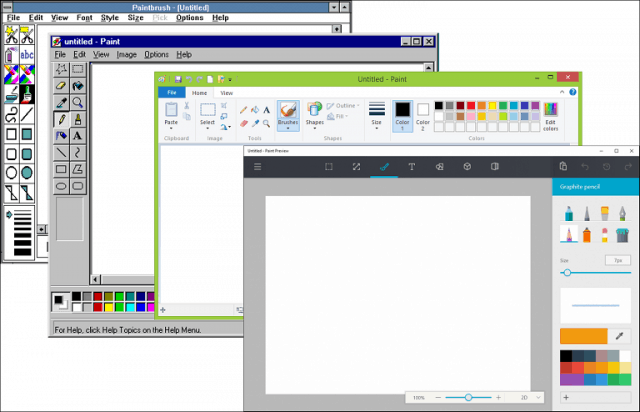 Microsoft Paint through the years.

At the company’s software developer conference, Build, Microsoft introduced a tool called Desktop Bridge to help developers package their legacy desktop applications into universal apps, providing a means to distribute desktop apps through the Windows Store. It seems Microsoft is also using the opportunity to do the same with many of their built-in apps. There is just one difference: the new version of Paint coming to Windows 10 looks like a total rewrite, as evidenced by version 0.8. 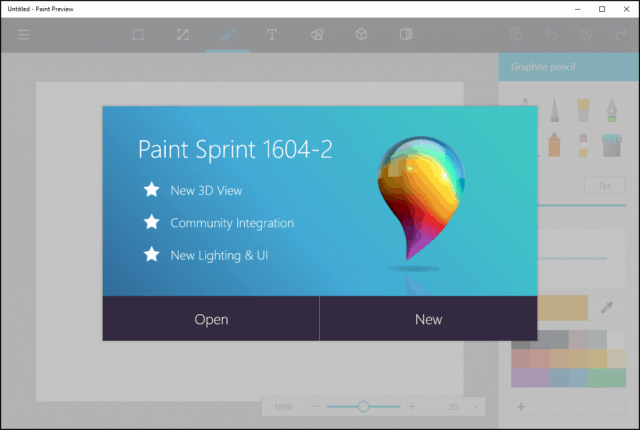 So, what’s new about this update to Paint? Microsoft seems to be moving beyond the traditional viewer, vector-based app’s notoriety to a more modern image editing suite. New features range from 3D design and animation to community-driven content. That’s right; Paint is now social. Microsoft is also focusing on creativity through technologies like the Surface pen.  For example, you can draw and turn your illustrations into 3D designs using the smart select feature, which you can later share with a community.  It looks like Paint could be the poor man’s Adobe Illustrator many are looking for—a welcome alternative to those who can’t afford Adobe’s Creative Cloud Suite. 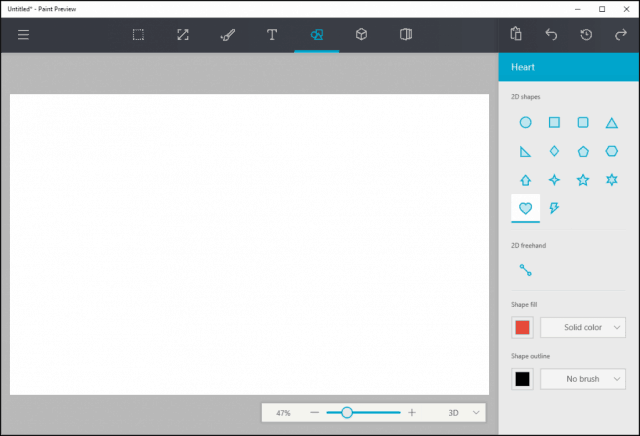 When can we expect this new version of Paint? Microsoft is planning a late October hardware event to showcase new hardware and possibly new software experiences coming to Windows 10. The event is rumored to focus on a new all-in-one desktop under the Surface brand, possibly competing for head to head with the 27-inch Apple iMac. The company introduced its first notebook computer, the Surface Book, around the same time in 2015. Microsoft isn’t expected to focus on its tablet and notebooks this time around; those are probably set for an early 2017 launch. 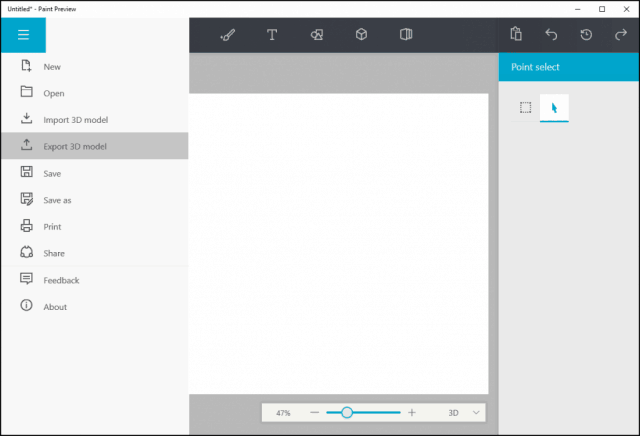 Windows 10 codename Redstone 2 is currently in development, and many user-facing features and improvements are starting to show up in recent builds. It looks like Microsoft will have a lot more to show us soon. Redstone 2 is not expected to launch until around April 2017. As for Paint, it’s a welcome update; I personally use it for various tasks, whether it’s cropping, resizing photos, using shapes, or the eraser. One of the things I am sure we all appreciate about Paint is the performance. It’s a light and easy-to-use app, and I hope that tradition continues.