Today is the 20th anniversary of Microsoft Windows NT 4 OS. Let’s take a trip down memory lane and recount the details around its “New Technology” OS which built the foundation to the Microsoft we all know today.

Last year we took a stroll down memory lane on the 20th anniversary of the Windows 95 release. A broad revision of Windows 3.1, it targeted every facet of the PC user; whether you were a novice, intermediate or expert, Windows 95 took the modern PC experience to the next level.

As great of an OS Windows 95 was at the time, it lacked key features required for business class applications. More specifically, it lacked pre-emptive multitasking, memory management, journaling file system and a large memory address space.

For this category of user, Microsoft introduced Windows NT 3.1 in July of 1993, followed by Windows NT 3.5 and NT 3.51. Less than a year after Windows 95’s release on July 31, 1996, Microsoft launched Windows NT 4. Just like Windows 95, NT 4 was a major milestone release adding an equivalent experience for business users. 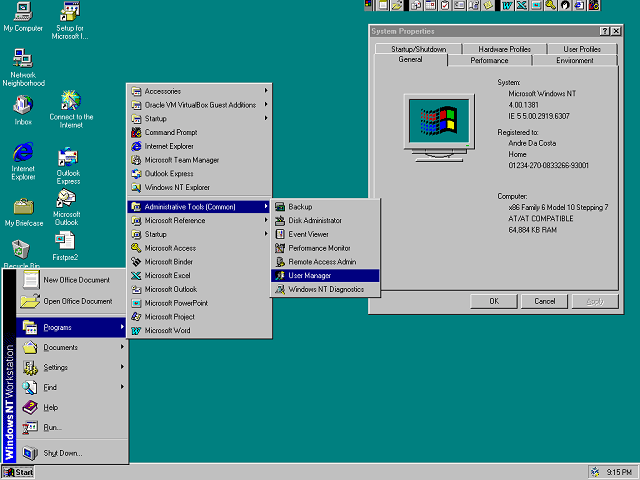 Windows NT, which stood for New Technology was Microsoft’s business operating system. Features included multitasking, multiprocessor support, and support for large networks. My experience with Windows NT 4 was quite limited, but its presence was notable. Going to the bank with my mom, I saw it on bank teller workstations. Windows NT 4 adopted the winning user interface breakthrough that came with Windows 95. The Program Manager was eschewed for what became popular features such as the Desktop, Windows Explorer, desktop icons, Taskbar and the Start Menu. If you used a Windows 95 PC at home, you were just as comfortable using a PC with Windows NT 4 Workstation at work.

Windows NT 4 was accompanied by a family of server editions such as Windows NT 4 Server and Windows NT 4 Server Enterprise; providing authentication, support for up to 32 processors, Internet Information Server and File / Print services. Niche releases of Windows NT 4 were also available such as Embedded and Terminal Server, which later became a component of Windows 2000 Server. Windows NT’s resilience made it an attractive choice for power users who wanted a desktop that was not susceptible to fatal application error’s; notorious for bringing down the entire operating system. Although robust, Windows NT 4 lacked a lot of the ease of use and polish of its popular sibling, however. Features such as DirectX made Windows NT 4 a non-starter for games, although third-party vendors provided hacks. Windows NT never got support for technologies such as USB, which was later introduced in Windows 95 OSR2 and Microsofts next flagship client OS, Windows 98. 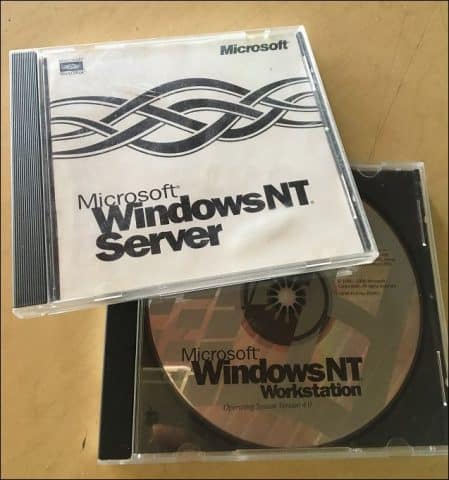 As an operating system for business, NT 4 stayed on the market for quite some time; while Microsoft continued revising Windows 9x for consumer PCs with features such as Windows Update, allowing Microsoft to keep the PC patched and secure. Windows NT 4, on the other hand, was maintained through a series of 6 service pack updates. Internet Explorer was regularly updated for the operating system, but NT 4 would eventually meet its demise with the release of Windows 2000. Windows 2000 Professional released in December of 1999, merged many of the ease of use features available in Windows 9x such as USB, IEEE 1394, DirectX and support for Windows Update. 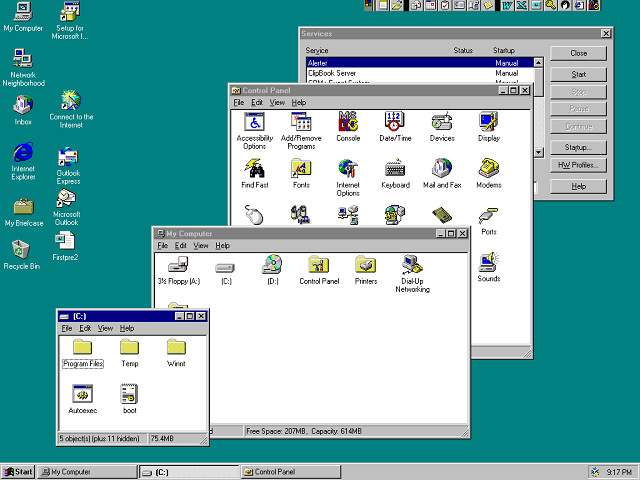 I continued to see Windows NT 4 in use for a very long time. A Bauxite aluminum plant where I interned, NT was in use up to 2004. Just like the past and future releases of Windows; NT 4 stayed around for a variety of reasons such as compatibility, mission-critical apps and the old — if it ain’t broke, don’t fix it scenarios.

The OS was truly a pivotal release as it broke down the barriers of business computing; once limited to powerful, but expensive UNIX workstations such as SUN Sparc and SGI. Part of this was attributed to the increase in computing power each year due to Moore’s Law. At the same time, Windows NT saw the rise of platform challengers like Linux and Open Source, which has gained a strong foothold in the server space over the past ten years. 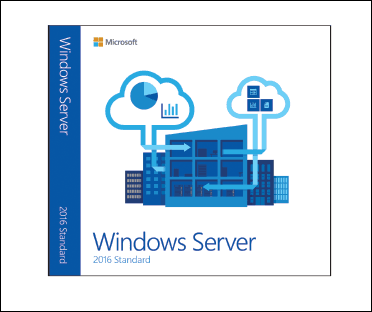 The NT platform did not stand still, and Microsoft has innovated significantly since 1996. Windows 2000 introduced its domain based directory service, Active Directory. Windows Server 2003 focused on easy server setup with roles and delivering a platform for rapid application development. NT’s lineage made the jump to 64-bit computing initially with the Windows Server Itanium then x86-x64 releases for AMD. Initial releases supported now defunct architectures such as MIPS, PowerPC, and Alpha. Windows NT 4 certainly lives on in today’s client and server releases such as Server 2012 and Windows Server 2016, which focus on technologies like Cloud Computing, Containers, rapid deployment, DevOps and most of all, security. Microsoft’s flagship desktop client, Windows 10, is a dramatic overhaul, delivering innovation as a service. The Windows 10 Anniversary Update has come a long way from 1996’s business desktop operating system to a platform that now runs in the palm of your hand.

Overall, it’s been an amazing twenty years filled with new innovations, opportunities, competition and even CEO’s. Today is an extremely exciting time as we launch into cloud computing and the everything connected internet of things. I get excited just thinking about what it will be like looking back twenty years from today. How arcane will the screenshots be from today? Who will the market leaders be? What amazing technology will we be talking about? Well, the good news is we all get a front seat to all this action right here at groovyPost.com!