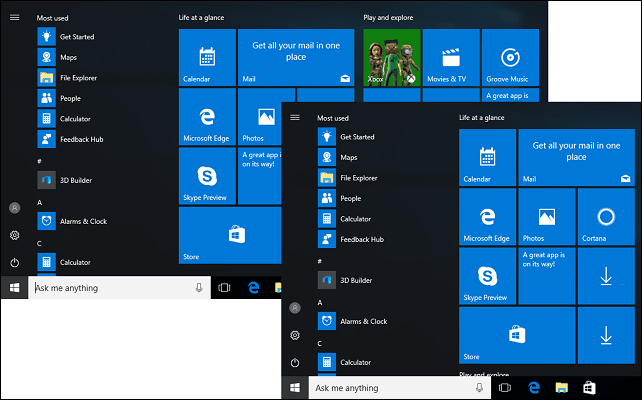 The Start menu has seen small refinements since Windows 10 launched in 2015. The latest update puts the focus on speed and customization.

The Start menu has seen small refinements since Windows 10 launched in 2015. The latest update puts the focus on speed and customization. Although some may not be crazy about the new look, the introduction of Tiles remains an essential part of the modern and improved Start experience. In this article, we walk through the improvements as well as give you a nice screenshot tour of what I like the most about the improved Start Menu on Windows 10 Anniversary Update.

The Anniversary Update continues to build on the improvements by providing more balance for users on a 2 in 1 Surface or other Tabet. Start feels right at home whether you’re using Touch or a Mouse/Trackpad to interact with the menu system. Tablet mode, which activates a full-screen Start menu is still around but is starting to feel a bit redundant. Personally, not a fan (as you can tell…)

Launching the Start menu in the Windows 10 Anniversary Update; the first thing you will notice is the All Apps menu has been dropped and instead defaults to display your application library. I agree with the change, after all, when you open Start, your intention is to launch an app; the new update makes it a little easier and saves a click. 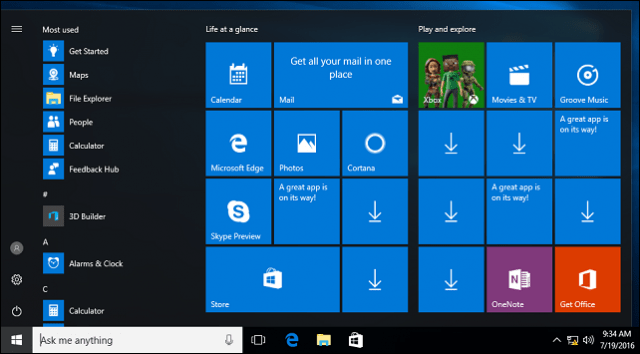 The alphabetical ordering of the application library features minor improvements too; the number filter has been replaced by a pound key. Although these improvements won’t mean much to power users, for the novice or intermediate, they will make navigating the menu feel less jarring. 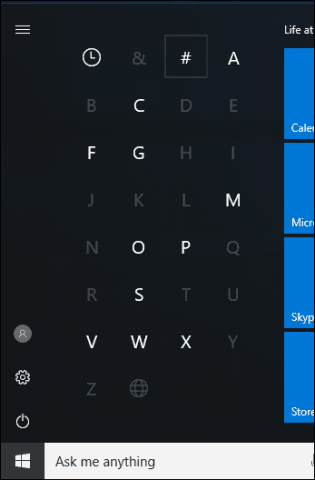 The search box is one of the common ways users launch apps in Windows 10. The Instant Search function, which integrates with Cortana Search, adds quick filters at the bottom for different areas of the system such as apps, settings, documents, folders, music, video and the web. Previously, these options were buried under My Stuff. 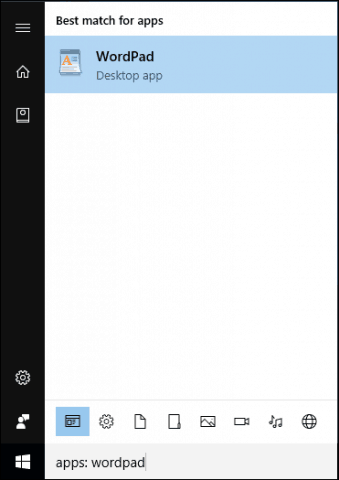 The Start menu itself is structured differently, power options, frequently accessed folders, and your user profile has been relocated and consolidated to buttons at the bottom left. A hamburger menu has been added to make it easy to select, but also provide detail of each function. 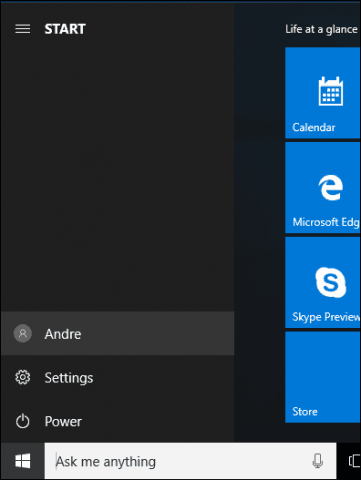 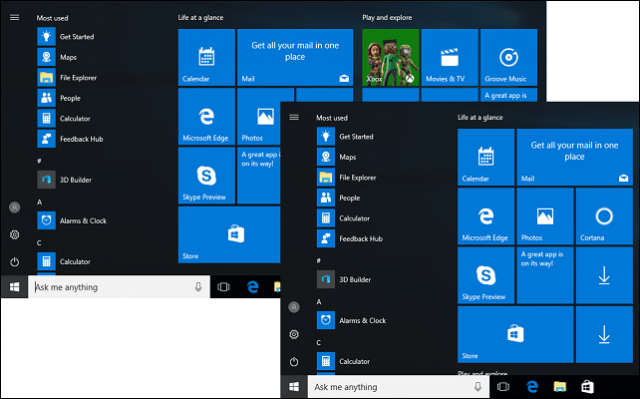 Overall, the improvements are minor but welcome. The Start menu feels much faster when launching. If you use Windows 10 on a tablet device such as a Surface Pro, the Windows 8 style Start screen will be less of a need. It would have been nice if Microsoft added an option to hide all UWP apps on the Start. Currently, the only way you can do so is by manually unpinning each app, one by one.

If you missed it, check out our full review / screenshot tour of working with Windows 10 Anniversary Update in Tablet Mode.

What do you think, have you gotten accustomed to the new Start menu since upgrading to Windows 10? Users still running Windows 7 or Windows 8, are any of the improvements mentioned enticing enough to make you switch? Let us know in in the comments or join the discussion in our new gP Windows 10 Forum.