The internet abbreviation TTB has more than one meaning but there is one that it’s mainly used for. Here’s a look at how you should be using it.

When it comes to internet abbreviations, some terms are more familiar than others. Others have so many meanings they may lead to some confusion. “TTB” sits in the second camp because of its many uses. Here’s a quick look at the term.

For many people, TTB means “That’s Too Bad.” It’s typically used on texting platforms, although you might also see it on social networking sites. The person sending this internet abbreviation is responding to something someone said that’s unfortunate, sad, or troubling.

However, TTB has other means in gaming, including “Through the Breach” and “Ties That Bind.” Through the Breach is a tabletop roleplaying game set in the world of Malifaux. The players take on the role of the Fated, men, and women who have caught a brief glimpse of their destinies. By contrast, Ties That Bind is a first and third-person shooter psychological horror game in which the player controls Torque, the player character, from either a first-person or third-person perspective, depending on their preference. 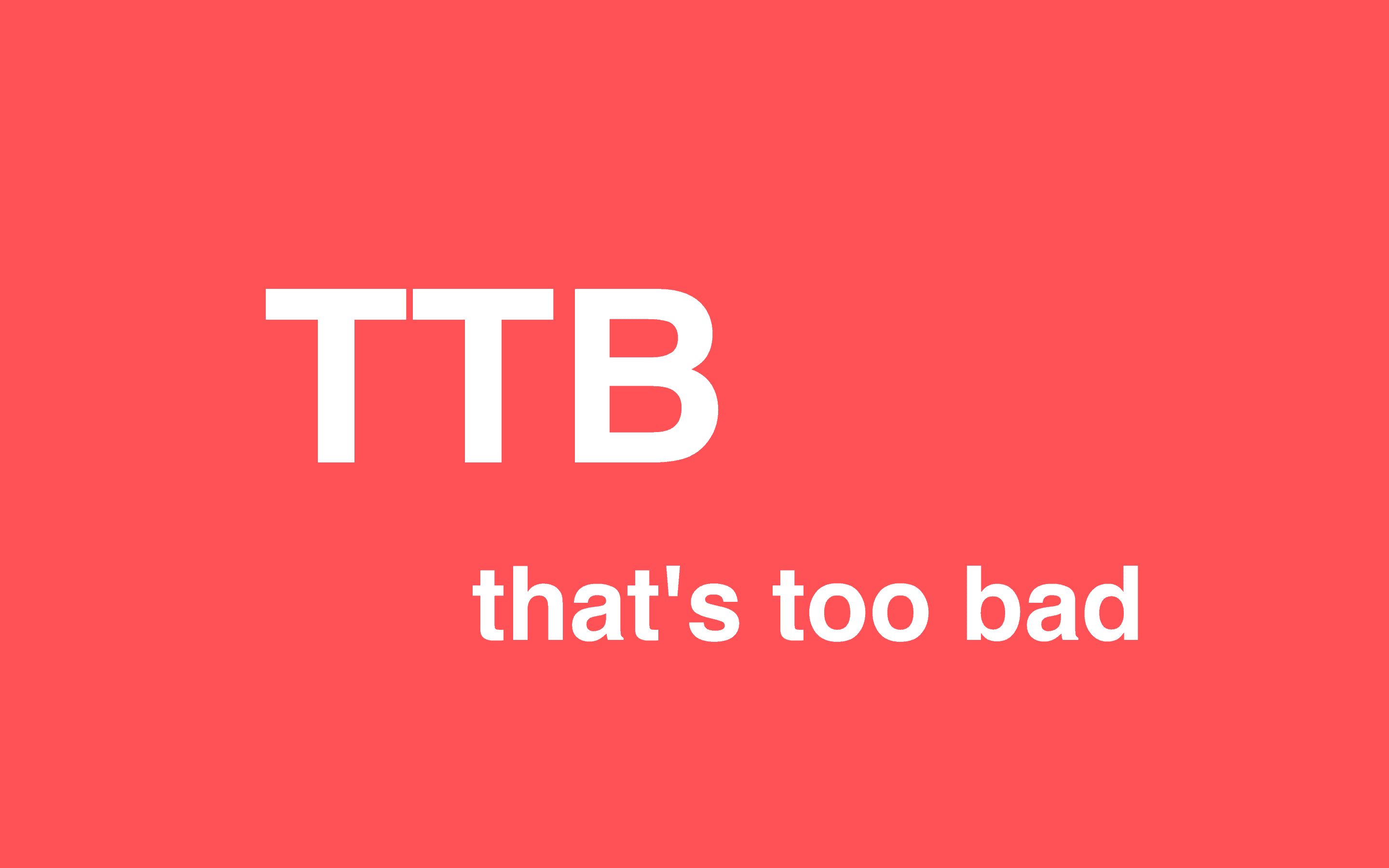 If you rather not use TTB for “that’s too bad,” there are alternative slang terms to consider. These include IFYP (“I feel your pain”), TBFU (“Too bad for you”), TRS (“That really sucks”), and STBY (“Sucks to be you”).

Besides the meanings mentioned above, you might see TTB describe the Tanooki Board, Test Tube Baby, Techno-Taking Babe, and Thur the Bible. And then there’s TTB as it relates to the Alcohol and Tobacco Tax and Trade Bureau (TTB). It’s the U.S. agency that must evaluate the ingredients and additives of certain wines, distilled spirits, and beers before the product can be made or imported and before the importer or bottler may apply for a Certificate of Label Approval (COLA), according to Hop Law.