It isn’t easy to take a screenshot on Netflix. If you’re struggling, use this guide to help you get started.

For example, when you take a screenshot while content is playing, you may get a black screen. Fortunately, you can do a couple of things to get a shot of something you like on Netflix.

Netflix doesn’t want its shows to be pirated, and most have Digital Rights Management (DRM) rules. However, we’ll show you how to screenshot on Netflix and bypass these restrictions.

How to Screenshot on Netflix

Note: First, we’ll try to take a shot like normal because sometimes it works. This process seems to work best if you use Firefox or Microsoft Edge. However, note that the steps below will only work on the web version of Netflix.

To screenshot on Netflix, try the following:

Use Windows Sandbox to Screenshot on Netflix

Another simple way to get a screenshot on Netflix is to run it in Windows Sandbox. This is a virtual environment that runs apps isolated from the rest of your system for testing purposes. However, you can use it to run Netflix and take screenshots.

To run Windows Sandbox and screenshot on Netflix: 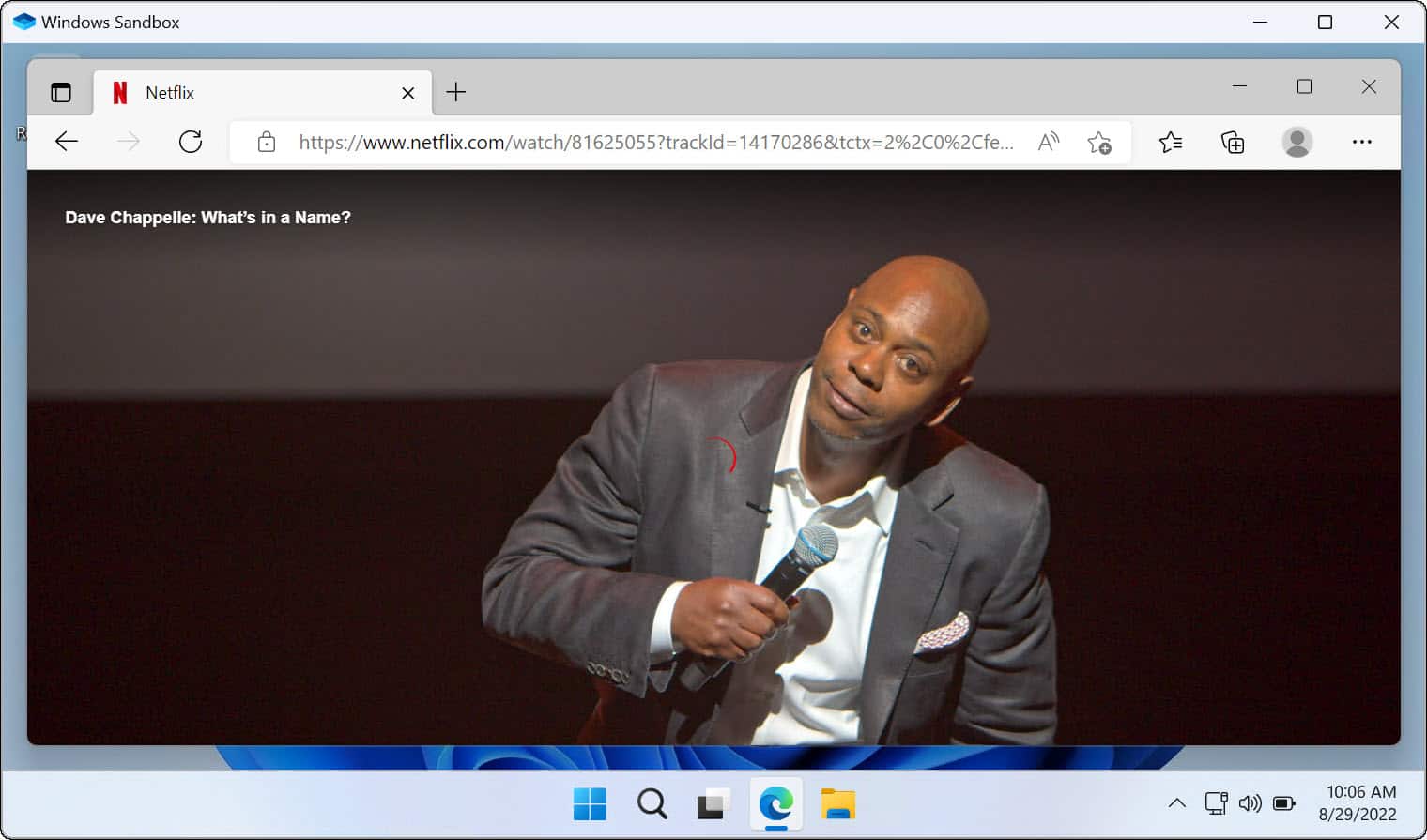 Once you get the image you want, you can use them as a desktop wallpaper or screen saver, share them on social media, and whatever else you need the pictures for.

Typically, using Firefox or Microsoft Edge with the built-in Windows screenshot utilities or a third-party screenshot utility like SnagIt offers the best chance to successfully take a screenshot on Netflix. If that doesn’t work, you can always create a virtual machine. However, Windows Sandbox is the most straightforward to set up and use on Windows 10 and 11.

You might also be interested in streaming Netflix on Discord or learning how to watch Netflix on multiple screens at once.

In addition, check out adjusting video quality on Netflix, and if you’re a Mac user, read about downloading Netflix content to watch offline on macOS.