You might think you know you understand the meaning of “BRB,” and you probably do. And yet, historical there have been other meanings as well. Let’s review!

Internet slang terms aren’t created equal. Some are popular and familiar, while others make isolated appearances online and can cause some confusion. “BRB” is in the first camp. Here’s a quick look at the term.

The term means “be right back,” of course. It’s typically used on social networking sites like WhatsApp, Snapchat, Facebook, Twitter, Messages, and Instagram. The person sending this internet abbreviation tells the audience they’re coming back soon to continue a conversation. The quick leave could be to get some food or drink, answer the door, chat with someone else, or simply to put down their device for a few minutes. In some circles, BRB is directly a bathroom break.

Substitute terms include BBS (“be back soon”) and BBL (“be back later”). The former could suggest an almost immediate return, while the latter may signify a leave of a few hours or more. There’s also BBIAB, which means “be back in a bit,” and AFK (“away from keyboard”). 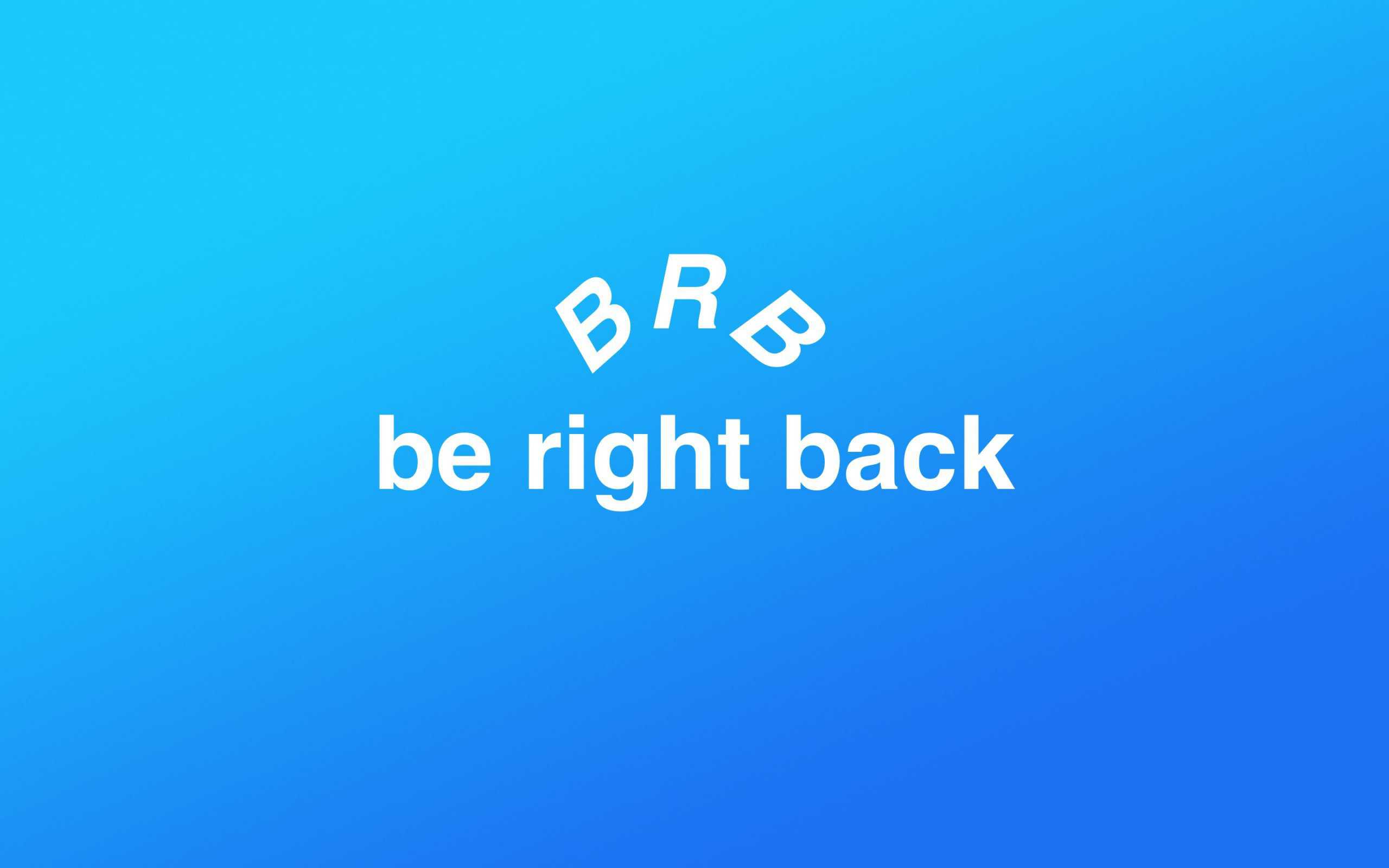 BRB got its start in old-school internet chatrooms in the 1990s. At that time, there was no quick way to alert everyone to your status as you can do with Slack and other tools. As an abbreviation, BRB was much easier to do than type “away,” “offline,” or the long-form, “be right back.”

Here are some real examples of BRB being used on Twitter:

According to Mashable, BRB’s more traditional meaning is “Big Red Button,” which describes a physical input device that you probably shouldn’t push. Depending on its location, the button could reset a machine, cause an emergency shutdown, or more.

One of the most interesting uses occurred during the Cold War, when the BRB was used in fictional writing to describe a device that could launch doomsday, an all-out nuclear catastrophe.

Other Big Red Buttons have been used in car ignition, computing and cartooning. The BRB has even been featured in an iPhone app.

One final point about BRB: Use the term only informally, not in professional situations where a return conversation isn’t likely. In the meantime, we’ll brb with more internet slang terms at groovyPost; come back often.

Others to check out include CU, TTYL, TL;DR, and BIAB.