“Noob” is slang for someone who’s a novice or newcomer. It can also describe someone new to computers or internet activities.

The word “noob” isn’t an internet abbreviation, but it is used to describe something online. The word and those similar to it have been around for decades, some more than others. Here’s more about it.

Like similar words like newbie, newb, nub, or n00bs, noob can have derogatory connotations, depending on the context. Most times, however, noob is used for descriptive purposes without any value judgment.

Technology-related, noob (or newbie) was first in the early 198os on the Usenet newsgroup, talk.bizarre. In 2000, Electronic Arts’ The Sims featured a tutorial house with a family called The Newbies.

According to the Urban Dictionary,

Contrary to the belief of many, a noob/n00b and a newbie/newb are not the same thing. Newbs are those who are new to some task* and are very beginner at it, possibly a little overconfident about it, but they are willing to learn and fix their errors to move out of that stage. n00bs, on the other hand, know little and have no will to learn any more. They expect people to do the work for them and then expect to get praised about it, and make up a unique species of their own. It is the latter we will study in this guide so that the reader is prepared to encounter them in the wild if needed. 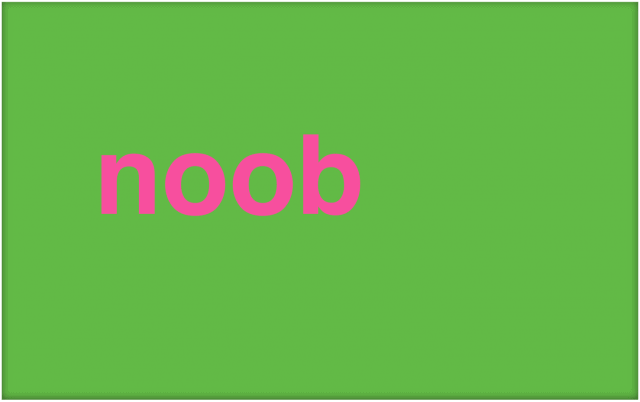 Other Meanings and Uses

Before the age of computers, the term “newie,” was used in the United States and Australia to describe a neophyte in a place or situation. Additionally, in British public schools, the slang “new boy” or “new blood” was often used around the same time to describe someone in their first term of school.

In 2009, noob was one of the candidates for the one-millionth English world selection by the Global Language Monitor.

There are countless texting abbreviations and terms. We’ll be covering more of these here at groovyPost, so keep coming back. Those we have already covered include CU, TTYL, TL;DR, BIAB, and many more.