FOMO, or “fear of missing out” is real and it’s been exacerbated by social media sites. Here’s more about it and examples.

We enjoy covering internet slang and abbreviations, and one of the more interesting is “FOMO.” This term is the most serious one we’ve covered to date. It has a social networking connection, which is why we’re discussing it at groovyPost. Here’s more about it.

This term stands for “fear of missing out.”

According to Very Well Mind, it refers to a feeling or perception that others have more fun, live better lives, or experiencing better things than you are. It’s often exacerbated by social media sites such as Facebook, Instagram, and others.

Dr. Dan Herman, a marketing strategist, is noted for being the first to coin the phrase, “fear of missing out.” Harvard student Patrick McGinnis first used the word FOMO in a 2004 edition of the Harvard Business School’s student paper, The Harbus.

…Your sense of “normal” becomes skewed and you seem to be doing worse than your peers. You might see detailed photos of your friends enjoying fun times without you, which is something that people may not have been so readily aware of in past generations.

Social media creates a platform for bragging; it is where things, events, and even happiness itself seems to be in competition at times. People are comparing their best, picture-perfect experiences, which may lead you to wonder what you are lacking. 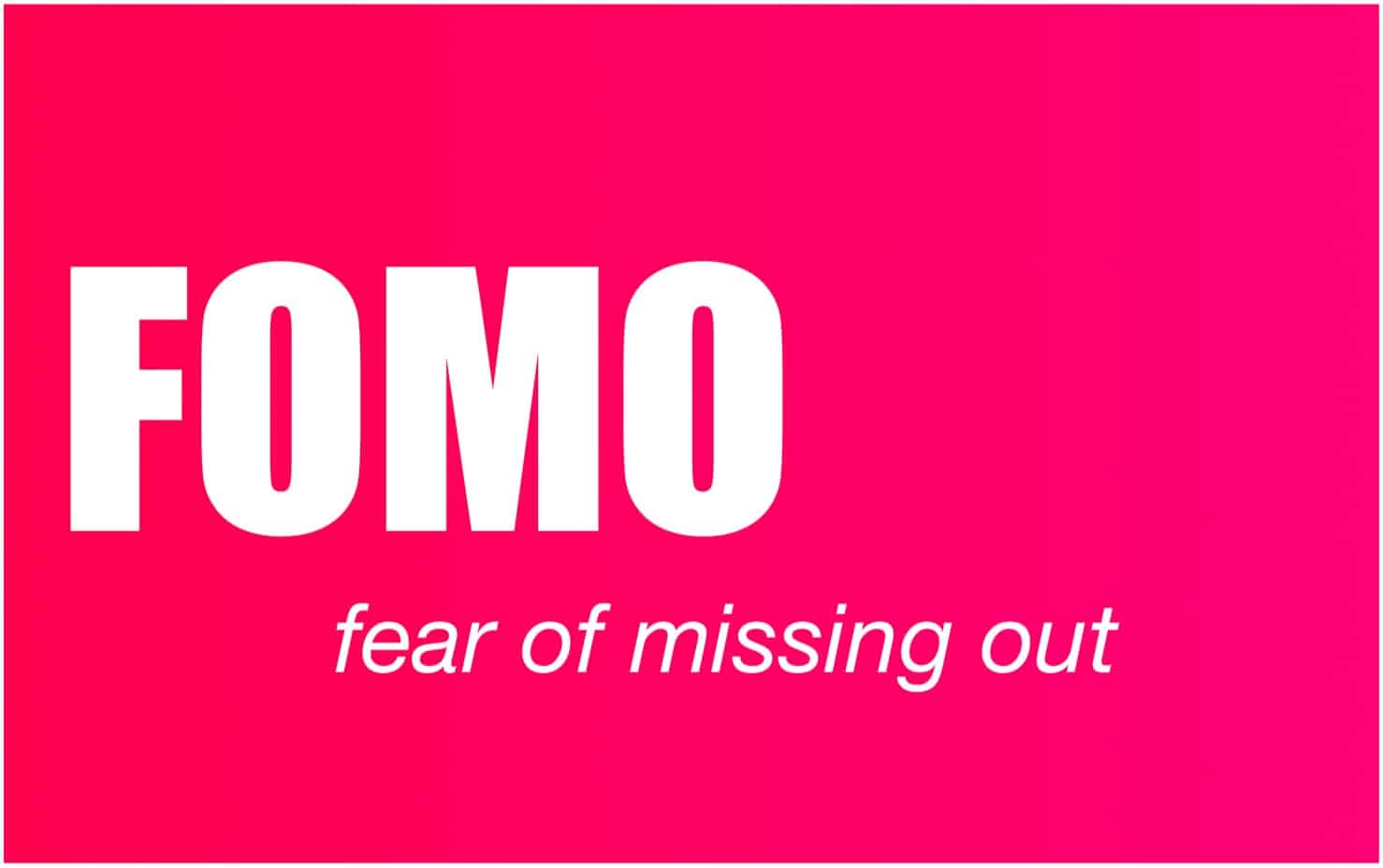 The Many Uses of FOMO

The term can be used in various ways online, including as a replacement for “fear of missing out,” a noun, and as a funny expression.

Instead of FOMO, consider using JOMO for the “joy of missing out.” It’s a social alternative to FOMO and can describe a fear of being “out of the loop.”

There are countless texting abbreviations and terms. We’ll be covering more of these here at groovyPost, so keep coming back. Those we have already covered include CU, TTYL, TL;DR, BIAB, and many more.