Do you know what “GR8” means? What does it have to do with “awesomesauce”? Learn this and more about our newest internet slang term.

Internet abbreviations are a great way to describe a feeling or thought while online. The best slang terms are those that represent something positive or friendly, including “GR8.” Here’s a quick look at the term.

What Does GR8 Mean?

The term GR8 (sometimes lowercase) has many meanings, starting with“Great” and extending to “Very Good” or “Above Average.” Additionally, it’s often used on social networks like Twitter, WhatsApp, Facebook, Instagram, TikTok, and text messaging. Alternatives to GR8 include A1 (“Top quality or excellent), Ace (“very good”), Dope (“Extremely cool), and Epic (“Very impressive”), among many others.

The word gr8 is part of a more specific category of Internet chat slang words where a relatively short word becomes even shorter through this kind of alphanumeric substitution. It is interesting to look at these particular abbreviations in the context of modern technologies like mobile devices, text messaging platforms and Internet chat rooms.

The idea here is that the five-letter word “great” becomes a three-letter abbreviation. Other five-letter words are often treated the same way; for instance, later becomes “l8r.” 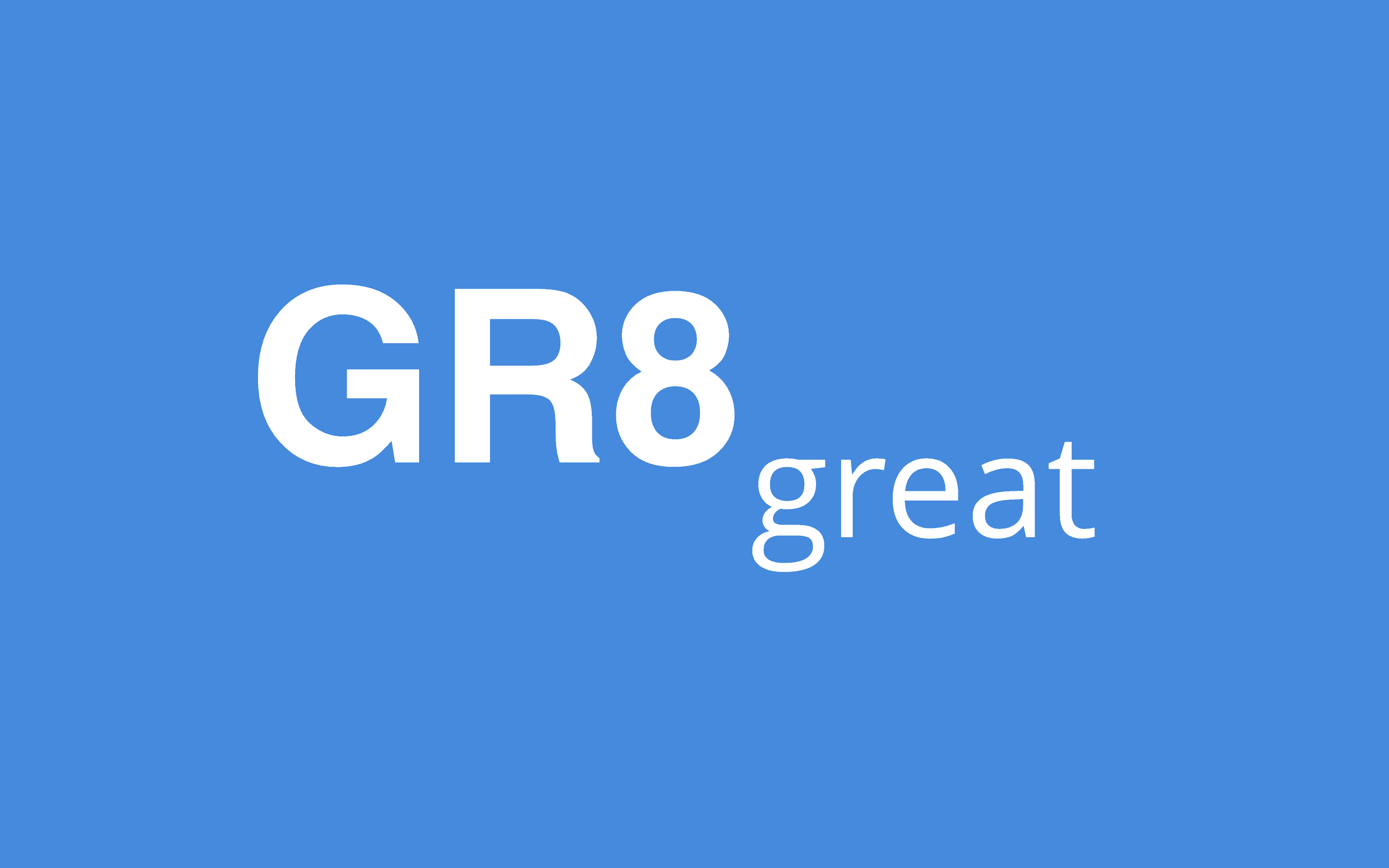 Here are some examples of GR8 being used on Twitter:

Instead of GR8, you could also consider using the following slang terms to get a similar point across:

Personally, I like awesomesauce, tight, and HC the best. What about you?

Further, in terms of alternative meanings, GR8 is sometimes used to describe Grade 8 or 8th Grade, depending on the location.