Verizon continues to expand its 4G LTE coverage as Samsung Galaxy S III is just around the corner and its chief rival AT&T works to catch it.

Good news for Verizon customers, or for the ones planning to switch to the network. The 4G LTE coverage has been expanded, so you’ll be able to use devices like the new Samsung Galaxy S III in more locations. 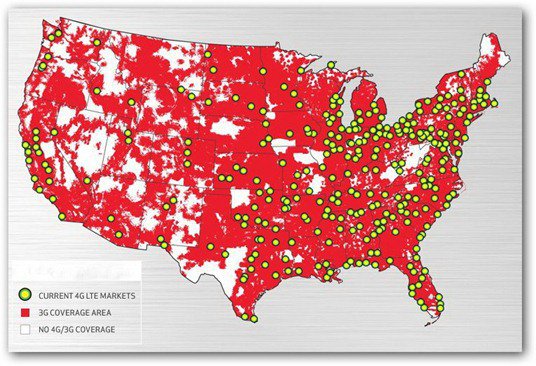 According to the press release by the company, no less than 46 new markets are getting a chunk of the network’s 4G LTE speeds, and the coverage has been expanded to 22 markets where it was already present. Coverage for all the new markets will start June 21st, while Lihue, Hawaii already has 4G LTE coverage starting June 11. That adds up to 304 locations where the company now has 4G LTE coverage.

So the race continues as Verizon and AT&T march down the 4G LTE path. All-in-all, great news for us, the end user consumer as the mobile giants battle out to spread the map with their coverage. Hopefully that competition will drive down the cost and increase the service and options but we shall see…