Here’s a look at what you can expect from 4G Mi-Fi from Samsung and Verizon.

Over the past few weeks, Steve has been testing out a 4G LTE dongle from Verizon wireless, and more recently, the new Verizon Mobile WiFi Hotspot (MiFi) device. The Novatel V4G LTE Mobile Hotspot MiFi 4510L provides the same smoking-fast speed as their USB dongle, but it does so wirelessly and allows you to connect multiple devices (5) simultaneously. There is however a setback, the data limits aren’t high enough for a network with this kinda speed.

The Novatel MiFi isn’t the first wireless hotspot device to be available on Verizon’s 4G LTE network. Over a month ago the Samsung SCH-LC11 came out, and it offered speeds around 12Mbps download and 5Mbps upload. Seattle has been able to consistently get 15Mbps download on the Samsung however we hear the Novatel does slightly better. The 4510L boasts speeds of 20Mbps down and 7Mbps up, and it offers more device management settings. Additionally, it also has the battery indicator and connected device number displayed on the front; unlike Samsung’s MiFi which requires you to log in to the device to see its battery level and connection count.

Both MiFi devices are capable of serving up either 3G or 4G but there is no way to manually decide which to connect to. So if 4G is available the MiFi will always connect to 4G. This is mainly a disappointment because 3G takes considerably less battery power, but both MiFi devices will provide internet while plugged into the charger via USB to PC or the wall so not a huge issue I guess. 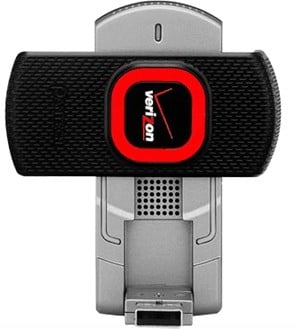 Of course, if you only need to connect one device, the 4G LTE USB dongle is another option. Verizon has three 4G capable USB dongles available, and they all run at the same $250+ price (or $50-$100 with a 2-year contract) as the MiFi’s we mentioned above.  And, for the first time, all of Verizon’s USB dongles will work on both Windows and Mac. Of the 3, the Pantech 4G UML290 takes the cake. Where the other two dongles are left feeling flimsy and fragile, Pantech offers a sturdier build. It also offers two external 3G and 4G antenna slots that can boost network reception. Steve played with the Pantech in Seattle and thought the connections were a bit better than on the Wi-Fi so if you’re going to be traveling around in urban areas which have limited 3G or 4G, you might want to take a look at the Verizon Dongle Vs. the Verizon MiFi.

Now the bad news- regardless of which device you choose, Verizon’s 4G LTE plans are garbage if you ask me.  They are capped at 5GB and 10GB and don’t offer an unlimited plan.   Two plans available are:

Based on the prices and data limits, you can see that Verizon won’t be replacing your home internet connection anytime soon. So if you can deal with lower speeds, Sprint actually offers a groovy alternative. The Sprint 3G/4G USB U600 or Sprint Novatel MiFi 4082 will give you 3 to 5Mbps download and 1Mbps upload for only $59.99 a month with an unlimited data plan on 4G (5GB on 3G).

If you need serious mobile internet speed, Verizon’s 4G LTE MiFi hotspots and USB dongles are amazing! Verizon has some of the widest spread 4G coverage, however, their plan is going to burn a hole in your wallet really quick if you exceed their ridiculously low data limits. If you are looking to replace your home internet connection, Sprint is a way better deal; provided you are in their limited 4G coverage area.