There isn’t an official Google Play Movies & TV app for Apple TV, but with this workaround, you can still access your content via the YouTube app.

I’ve tried most of the set-top boxes and sticks out there and have to say that right now, the Apple TV running tvOS (4th generation and higher) provides the best overall experience. Even with its annoying Siri remote touchpad, I find that everything just looks better, and the interface is fluid. However, some content is simply not available. Most notably, at the time of this writing anyway, Amazon Video and Google Play Movies & TV.

We think Amazon Video is coming to Apple TV, the company said so much during its WWDC 2017 event, but there has been radio silence about it ever since. And there has never been any news of Google Play Movies & TV making an appearance on the device. The good thing is there are some workarounds to get your content. For instance, for Amazon Video, you can stream it to Apple TV via AirPlay. To watch any Google content, check out the following trick.

There you will find any movies or TV shows you’ve purchased through Google. If you have synced your Google account with Movies Anywhere you will see everything that’s been synced with other services, too. 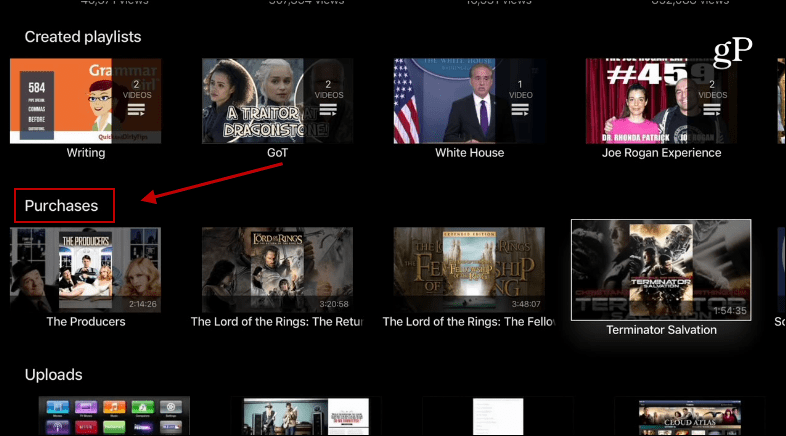 You can browse Google’s movies and play the movie trailers on YouTube app as well. However, there is no way to purchase any new content. 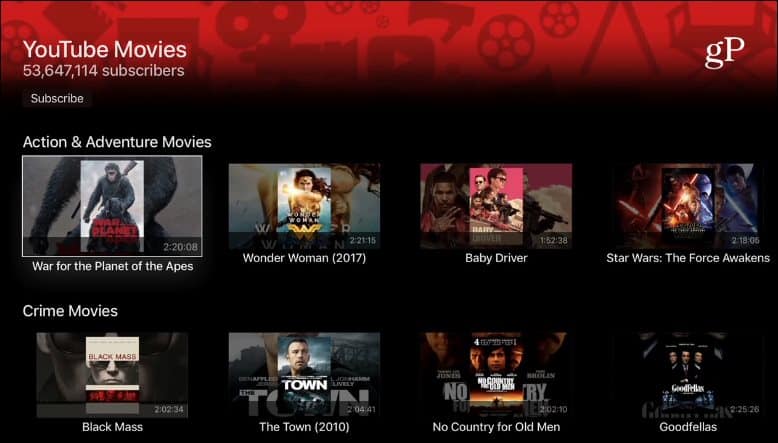 Browse the collection of available Google Movies via the YouTube app on Apple TV.

You can only preview the trailers for the movies listed on the YouTube app. No, it isn’t perfect, but it’s a decent workaround if you need one. 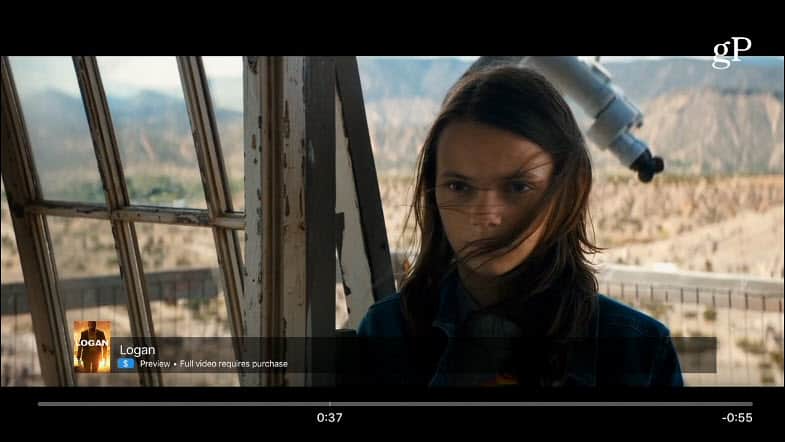 Watching movie trailers from Google is possible on Apple TV through the YouTube app.

If you’re just getting started with cord cutting and want to have access to the most services from the start, go with a Roku. It includes has apps for essentially everything like Google Play Movies & TV and Amazon Video as well as live streaming TV from services like PlayStation Vue. The one thing you don’t have easy access to with Roku is some Apple content, however, even that’s becoming less of an issue with the introduction of Movies Anywhere. Still, that isn’t a perfect solution either as not all major Hollywood studios have embraced the service yet.

What is your favorite set-top box and movie streaming service? Leave a comment below and let us know your thoughts.