If you like to dig into your Windows system’s settings, you’re probably going into Control Panel a lot. Here’s how to pin it to the taskbar for easy access.

Update: Windows 7 is no longer supported. Also, Windows 8.1 has reached the end of mainstream support. According to Microsoft:

How to Pin Control Panel to Windows 10 Taskbar

You should be running Windows 10 if you aren’t already. Pinning the classic Control Panel to the Taskbar is a piece of cake if you know what to look for.

Hit the Windows key and type: control panel. Then right-click the top option for the Control Panel app and then click Pin to Taskbar. 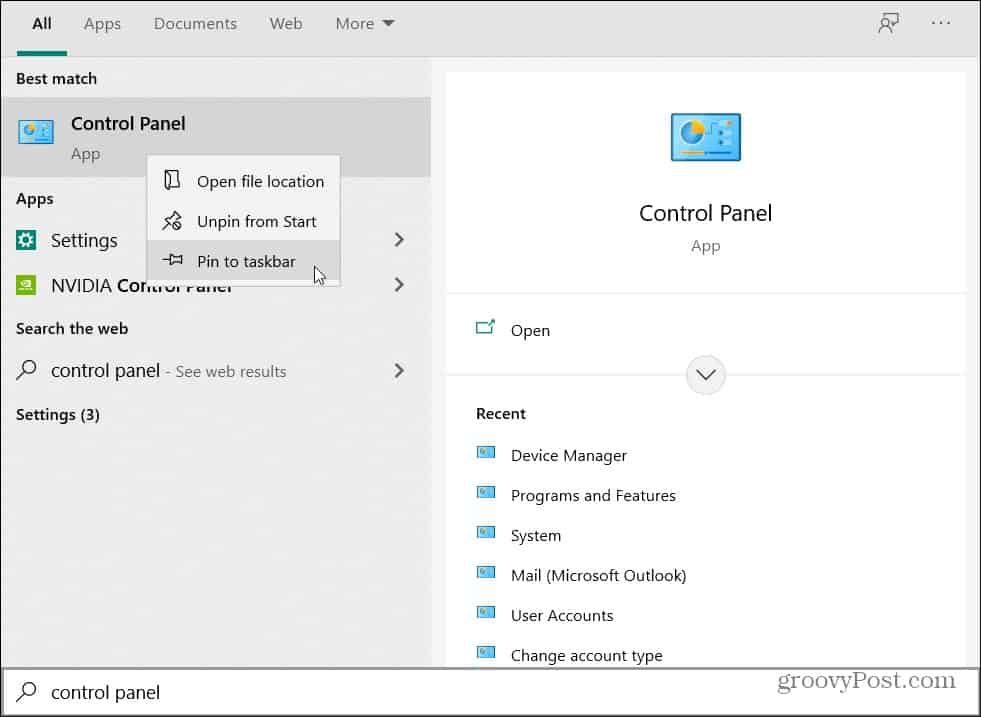 That’s all there is to it! Now the classic Control Panel icon will be pinned to the Taskbar and you can easily launch it from there.

Update for Windows 10 and Control Panel

Check out the following articles in regard to Windows 10 and Control Panel:

Control Panel on Windows 7 and 8.1

If you like to dig into your Windows machine and do a lot of custom settings and tweaking of how the OS works, you’re probably going into Control Panel a lot. To make it easier to access, why not stick it on the Taskbar? Here’s how.

Note: This tip is meant to be used with Windows 7 and Windows 8.1 as they both contain Jump Lists and with Control Panel on the Taskbar, you’ll also get a handy Jump List. Also, thanks to @WinObs for the tip!

Pinning Control Panel to the Windows 7 taskbar is more than a simple drag and drop, but it isn’t difficult. Open Control Panel through the Start menu or a desktop icon – whatever method you use to launch it. Then once it’s open, the Control Panel button will be displayed on the Taskbar.

Right-click on it and select Pin this Program to Taskbar. That’s it. 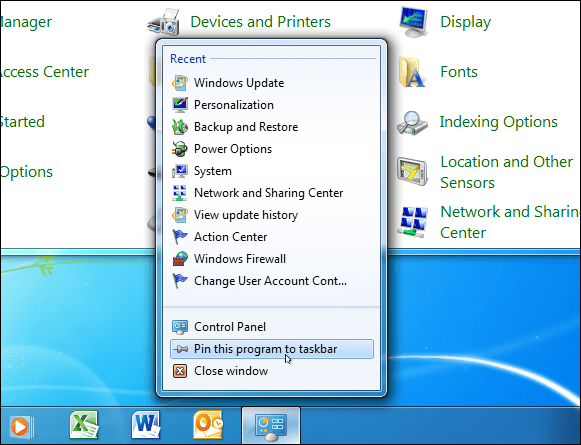 In Windows 8.1 pinning Control Panel to the Taskbar is easy. You can use the same method shown above, or you can make the Windows 8 Start screen show you its new features.

Hit the Windows Key to get to the Start menu and type: control panel in the Search field. Right-click on Control Panel in the results and select Pin to Taskbar. Note that you can pin it to the Start screen as well. 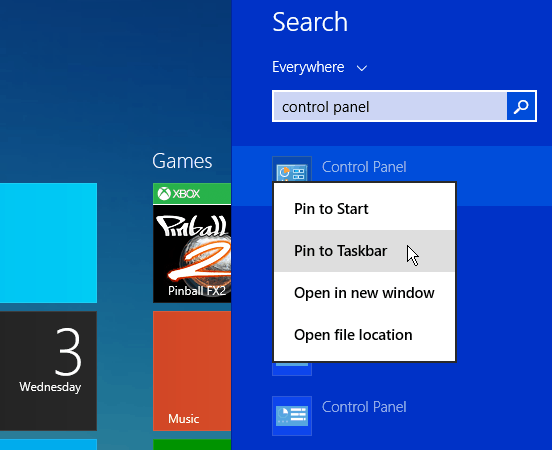 Now go to the desktop and right-click the Control Panel icon to get a Jump List that contains the last 10 items you accessed. 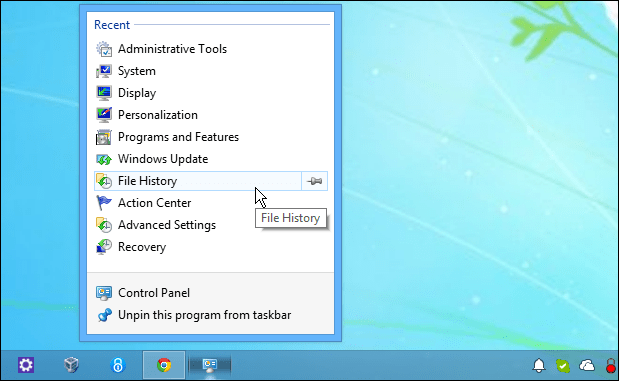 You can also pin items to the Jump List so the ones you use most frequently are always available. One thing is for sure, this trick makes getting to Windows Update in both Windows 7 and 8 much easier. 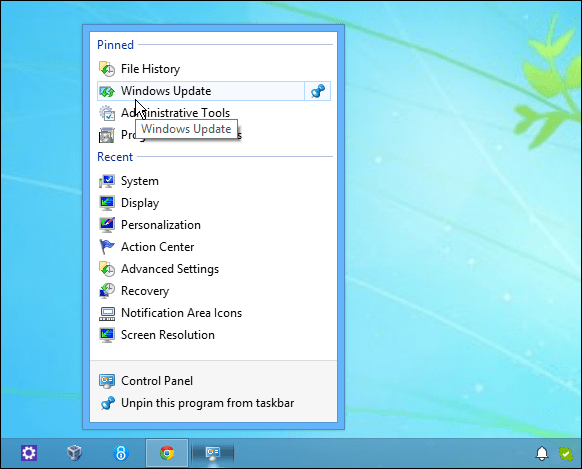