The Windows 10 interface, while intuitive, takes some getting used to if you’re coming from Windows 7. But it’s easy to find utilities you’re familiar with.

The Windows 10 interface, while rather intuitive, does take a bit of getting used to if you’re coming from Windows 7. You might have a hard time finding the settings or features that you need to tweak Windows to work how you like.

The cool thing is that the familiar Control Panel and other traditional admin utilities are still available, and they are easy to find.

If you were a Windows 8.1 user, you should already be familiar with what we referred to as the Power User Menu (really called the Quick Access menu). To access it in Windows 10, just right-click the Start button and you’ll see a menu of a lot of the familiar built-in utilities you used in Windows 7 – including the Control Panel.

Or if you’re more of a Keyboard-Kung Fu practitioner, you can use the key combo: Windows Key+X to bring it up. 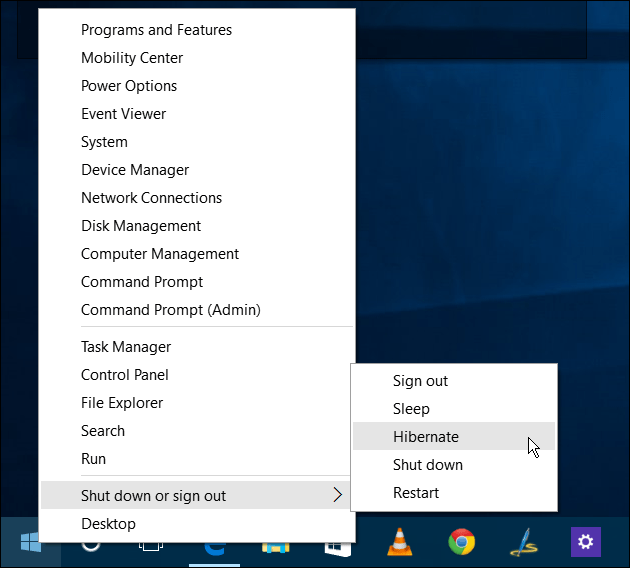 While you can access a lot of these features going through the new Settings app in Windows 10, these familiar tools come in handy until you get acclimated to the new OS.

All of these open on the Desktop like you’re used to, and not in a Universal app that you aren’t familiar with. In the example below I launched the Control Panel, Command Prompt, and Device Manager. And in case you’re wondering – yes they all still work the same as they did before. 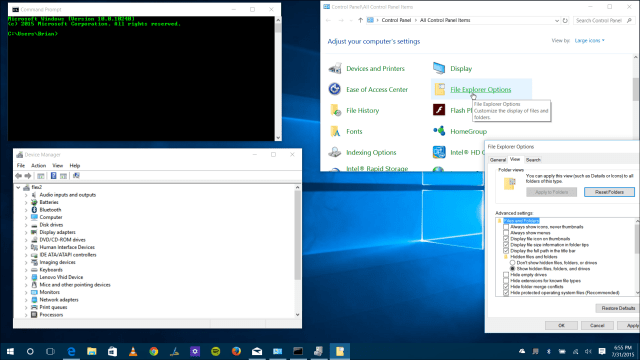 It is probably safe to assume that a lot of the older-style features will be replaced at some point in the future. But it’s nice to see some familiar friends that you’re used to that help make it easier to get around.

Notice that this menu also provides another way to power down your system as well. And, if you want to put your PC in hibernation mode, check out our article: How to Enable Hibernate mode in Windows 10.