The Chromecast device transforms your TV into a “smart” TV. It lets you “cast” videos on Chromecast-compatible sites from any phone, laptop, or tablet.

If you like the idea of casting videos, movies, or TV shows from nearly any device on your home network, then a Chromecast device is exactly what you need.

Most people view the Google Chromecast as just another streaming device, but it’s much more than that. Unlike streaming boxes, the Chromecast doesn’t have a menu system or special apps you need to navigate to use it.

Instead, the Chromecast transforms your TV into a “smart” TV. It lets you “cast” videos on Chromecast-compatible sites from any phone, laptop, or tablet.

Note: This article covers a standard Chromecast dongle. Google also recently released the Chromecast with Google TV. It has all of the same features of the standalone dongle and also a self-contained operating system called Google TV.

How Does Chromecast Work?

All your TV or monitor needs to be converted into a “smart” display is an HDMI port. You can plug the Chromecast directly into the HDMI port, and then plug the device’s power port into an outlet using the included micro-USB input and power adapter. 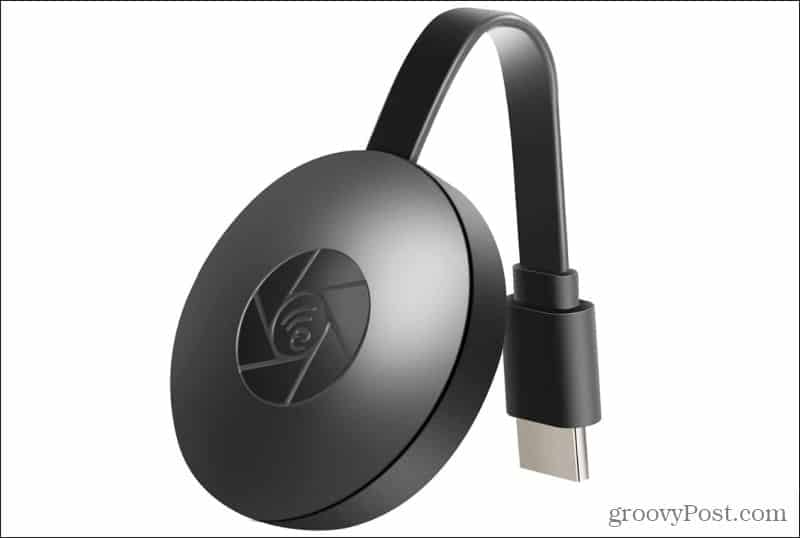 Once connected and powered up, the Chromecast device becomes a sort of “receiver” for any casting activity from devices on your network.

Here’s how it works:

Once the streaming starts, you can control the video volume, adjust the video timeline, or pause it whenever you like.

How to Cast Video to Chromecast

Once you’ve connected and powered-up your Chromecast, casting video content to it is very easy. 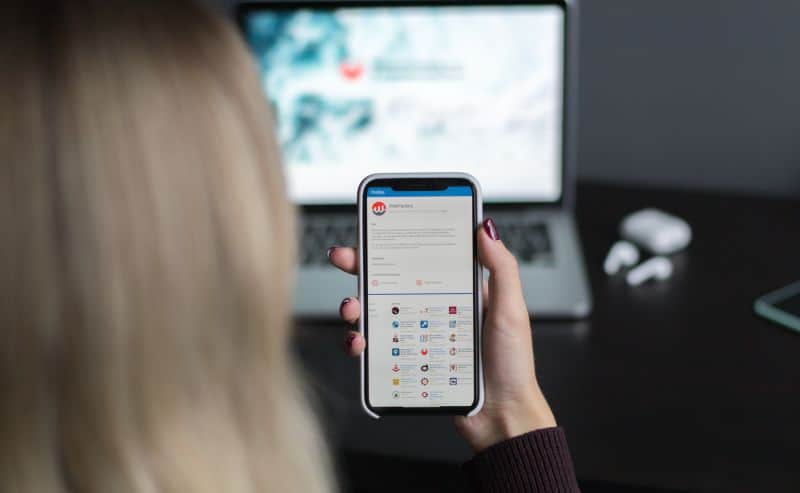 To get started, you just need to find a video streaming service that supports Google Cast. Nearly every major platform out there supports casting to Chromecast.

The most popular of these include:

Some services like Amazon Prime or Pandora also support Google Cast, but you’ll need to use the mobile app to access the Google Cast feature.

For any websites or streaming services that don’t have an embedded Cast icon, you might still be able to cast the video to your Chromecast device if you view the video using Google Chrome. To do this: 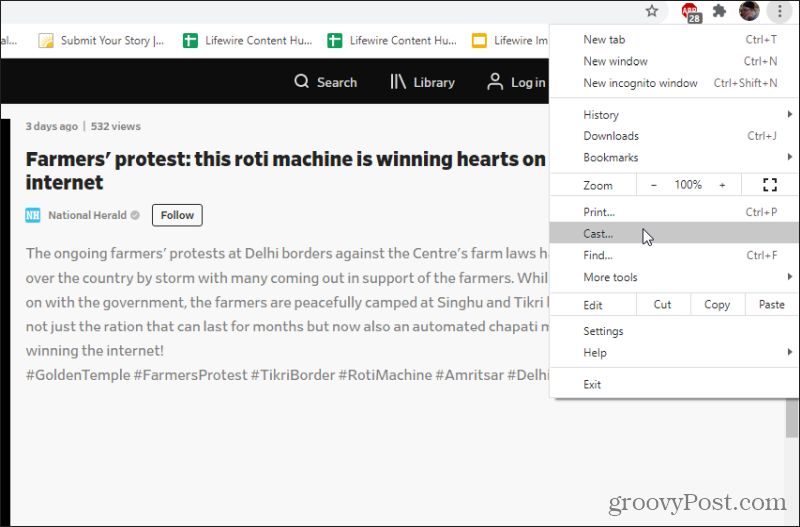 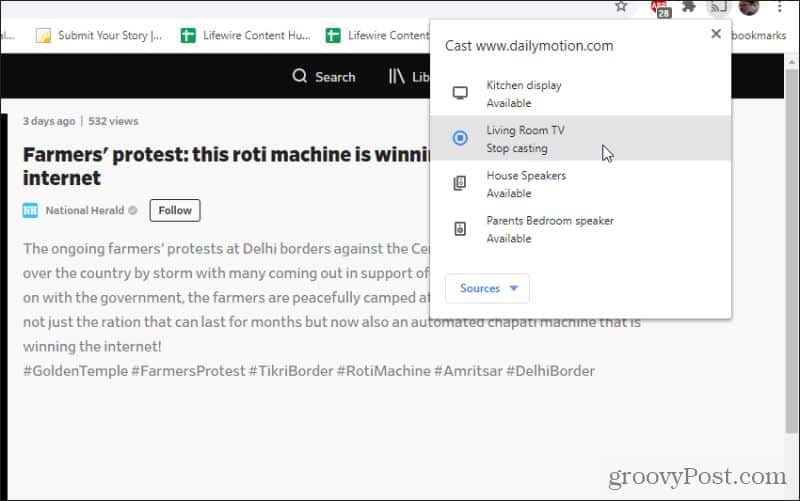 This will start casting the Chrome tab to your Chromecast device. You can maximize the video to fit full-screen, and it’ll fill the full TV screen as well.

Google has programmed the Chrome cast feature to recognize when you’re casting a page with video and can often stream just the video itself to the TV when you use this approach. Keep in mind, however, that the Chromecast has to stream the video via the website URL you’ve provided rather than directly from the video source like when you use a Cast-enabled service.

This may work fine in most cases, however, in other cases, the video quality may not be very good. You could notice more lag, skipping video, or the streaming may fail part of the way through streaming. However, if you’re desperate to cast video from a site that doesn’t support Google Cast, this sometimes works.

How to Control Google Chromecast

One thing you may notice with a few services is that controlling things like volume or pausing a movie doesn’t always work perfectly. Hulu is notorious for this. You might discover that the pause button on the web Hulu app doesn’t do anything, or the volume controls have no effect.

The best way to take over control of any Chromecast device is by installing the Google Home app on your mobile device. 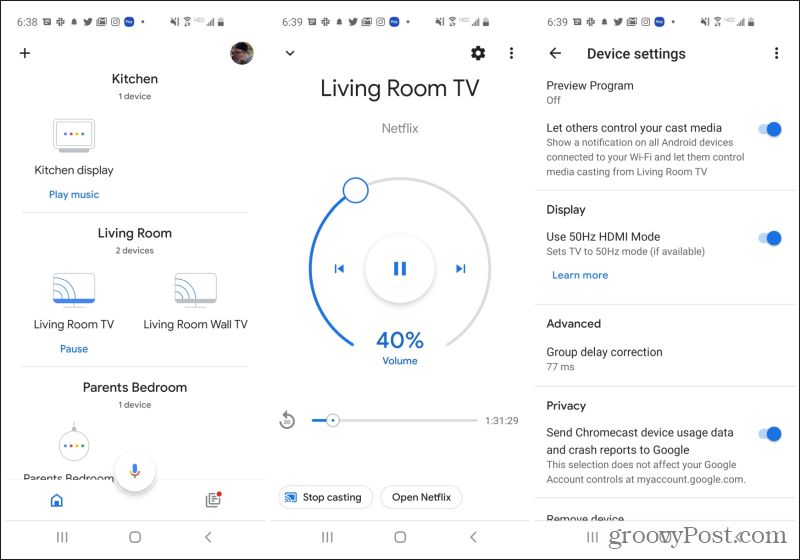 You’ll see a control window where you can:

You can also tap the Gear icon at the upper right corner of the window to view or adjust any advanced Chromecast settings.

From this menu you can change Chromecast settings like:

Ideally, you’ll want to start off casting and controlling your Chromecast device from the app or website where you launch the video. In most cases, you’ll be able to handle things like volume and pausing there. However, since the way the Chromecast works is by streaming content directly from the internet itself, just be prepared for some apps to become disconnected even while the video continues streaming.

When this happens, you can use the Google Home app as described above to take control and make sure your video streams the way you want it to.

Using a Chromecast is an effective way to stream content to any TV. And they’re so affordable that it wouldn’t take much investment to connect one to every single television or display in your house.