Google today announced new Chromecast hardware powered by Google TV. The new Chromecast also comes with its own dedicated remote. You no longer need a phone to play videos on Chromecast although the device still supports Google Cast. This makes it the first true competitor to Amazon’s Fire TV and Roku devices.

The new Google TV is the interface layer that runs on top of the actual OS powering the new Chromecast, Android TV. The Google TV skin has its own on-screen interface that you can navigate with the included voice remote control. The remote itself uses both IR and Bluetooth, has a power button and volume buttons for controlling the TV and sound system. Interestingly, the remote also has a dedicated Netflix button next to the YouTube button and Google Assistant. 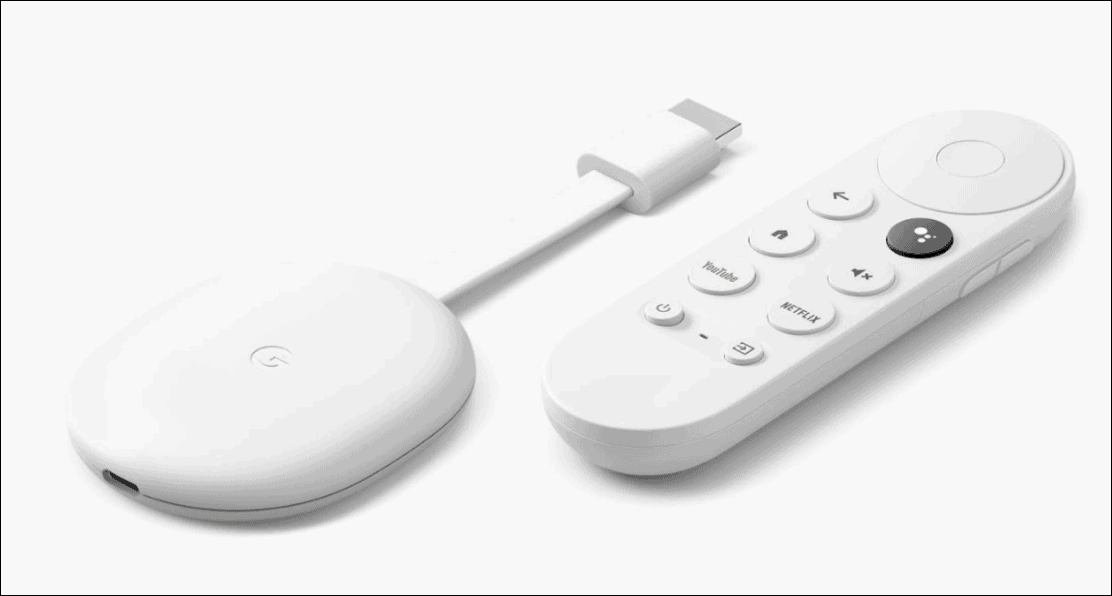 The new Chromecast has the same capabilities of the Chromecast Ultra with 4K HDR support at 60 frames per second and Dolby Vision. It pulls together content from across more than 6,500 streaming apps like Disney Plus, HBO Max, Prime Video, and Netflix. You can select from Google TV’s personalized suggestions of shows from your subscriptions through the “For You” tab. That tab organizes content based on your watching habits. You no longer need to go into each individual app to see the different content you are watching.

Under the hood, the new Chromecast is powered by an Amlogic S905X2 Cortex A53 quad-core CPU running at 1.8 GHz and a Mali-G31 MP2 GPU. It has 8GB of internal storage and 2GB of RAM. It uses 802.11ac Wi-Fi and has a USB-C port that may accept ethernet adapters, although one hasn’t been announced.

It connects to your TV via HDMI. The body is a pendant-style device that hangs off the permanently attached HDMI cable. And it comes in three different colors including Snow (gray), Sky (blue), and Sunrise (pink). The new Chromecast will cost $49.99. This announcement comes the same week as Roku introduced new hardware, too.