Google is once again doing what they do best, copying someone else, and then directly competing by offering the same service with an improved twist.  This time, YouTube is stepping on the toes of Netflix and Hulu.  Google just re-launched YouTube movies, and to kick it off they’ve added 3,000 full-length films to their existing collection.  Some of the films are free to watch, and others can be rented for a small fee.

YouTube lays claim to over 2 billion views per day.  It only makes sense to expand what they have to offer, and this is the year Google wants that to happen.  Recently Google unleashed their live streaming service, and additionally YouTube Next.  There are also a few other items you previously didn’t find at YouTube:

YouTube has also updated its search feature.  It will still show results from everything on YouTube, but the specific channel you are searching for will show up at the top as preferred. 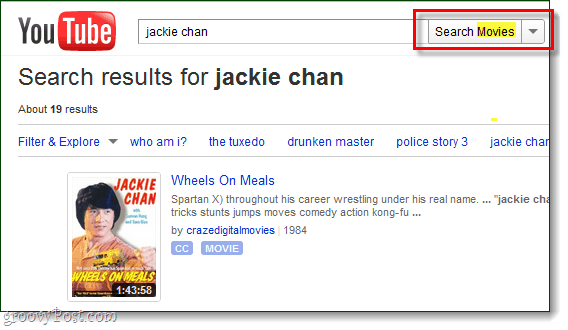 Along with each movie, YouTube is also including reviews, behind-the-scenes clips, cast interviews, and other media.  Unfortunately, the free movie selection on YouTube leaves much to be desired, and so does the paid section UPDATE: as of 8:15pm EST YouTube rolled out the new interface for their movies along with TONS of new movie titles.  Don’t see a video you like?  It might be added soon! As YouTube Product Manager, Matt Darby, said in a recent post:

“Over time we’ll also be adding additional videos and features to YouTube Movie Extras so that you can get even more into movies on YouTube.”