Microsoft is building a new Edge that is based on Chromium. As you’d expect, there are many features that are in Google Chrome. One of which is casting media to a second screen.

Microsoft is rolling out its all-new chromium-based version of Microsoft Edge to Windows 10, Windows 7, Windows 8.1, and macOS this fall. And you can install the chromium-based Edge beta right now. Since it’s based on Google’s Open Source Chromium code, you’ll find many similarities to Chrome. And one of the cool features it includes is the ability to stream or “cast” media to your Google Chromecast. This allows you to send media from the browser to a second screen. Here’s how to do it.

To get started, head to the page with the media you want to send over to the big screen or monitor. Then click the Menu button and choose More Tools > Cast Media to Device. 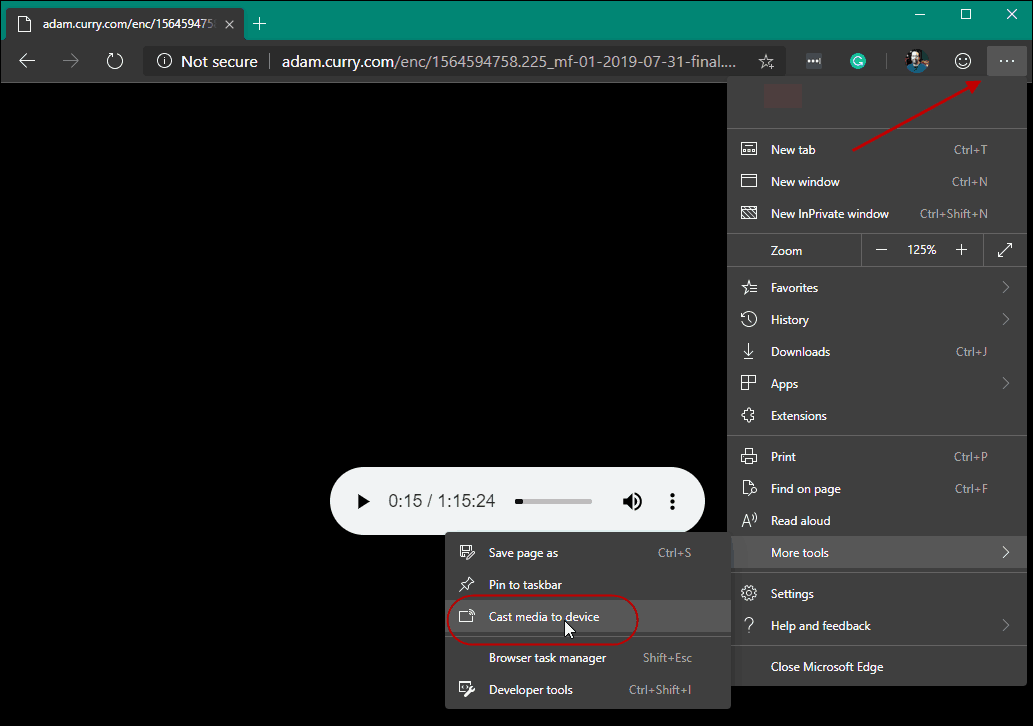 That will add a “Cast” button to the upper right corner of the browser. If you’re an avid YouTube viewer, it will be familiar. The “Cast tab” will find all the Chromecast devices on your network. And you can choose which device you want to send the media to.

The audio or video on the page will start playing on whatever device you send it to. To stop casting the media, click the “Cast” button again and then “Stop Casting” from the menu.

It’s also worth noting that the casting feature isn’t just for audio and video. You can use this feature to send your browser’s screen to a second screen with a connected Chromecast. That is handy when you are using Office Online and want to display a PowerPoint presentation on a second screen, for example.

If you’re still running the original or “old” version, you can stream media from that Edge, too. The new version of Edge is much improved compared to the original Edge released with Windows 10 in 2015. It’s really worth giving a try and digging into. Whether you’re running the beta or are new to Chromium Edge, check out some of our other articles, including: