We’ve been covering the new and useful features in the Windows 10 November Update that you might know about. One of which is tucked away in Microsoft Edge.

Over the past few weeks, we’ve been covering the new and useful features in the Windows 10 November Update that you might know about. One new feature is tucked away in Microsoft Edge. It allows you to stream or “cast” videos and other digital media from the browser to compatible devices on your network.

We first saw this new feature in Microsoft Edge when Windows 10 Preview Build 10576 was released. It made it to the final version, and here we’ll take a look at what it can do and how to use it.

Is My Device DLNA or Miracast Certified?

The first thing to note here is that for this to work, you’ll need a streaming device that’s Miracast or DLNA compatible. Examples are streaming set-top-boxes like Roku, game consoles, and select Smart TVs and Blu-ray players.

If you aren’t sure if your device has DLNA or Miracast support, The Wi-Fi Alliance maintains a comprehensive list of certified Miracast devices, and for DNLA devices head to dlna.org to check yours. There was a small number of Miracast devices at first, but now the number of devices with support has grown into the thousands. 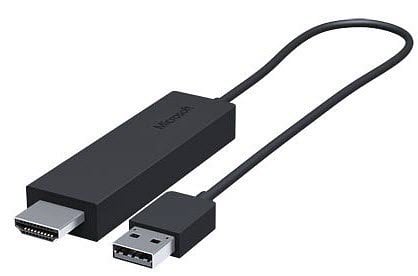 Cast Videos from Microsoft Edge to Device Connected to Your TV

Launch Microsoft Edge and head to a site like YouTube for video, Facebook for photos, or Pandora for music. Once you have the video, audio, or pictures set up, click the More ellipsis button (…) in the upper-right corner of the browser. Then select Cast media to device from the menu. 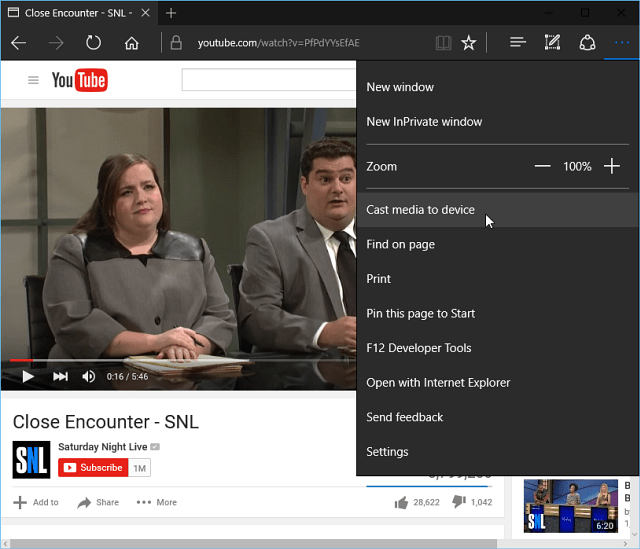 Microsoft Edge will scan your network for compatible devices, just select the one you want to cast to. Then sit back and wait while the connection is established and enjoy the media on your big screen. 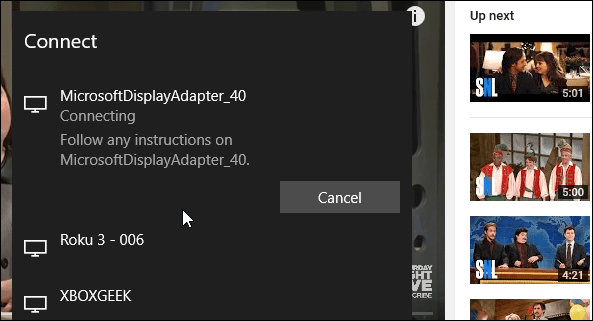 Keep in mind that this isn’t mirroring the site to your device. It’s only playing the media from it. For example, with YouTube, you only see the video playing and can control the playback from the browser. It’s similar to Chromecast but works with far more devices.

Currently, it’s not going to work with sites with copy written content like on Netflix or Amazon Video. But, having the ability to send YouTube videos and other content from social media sites is just another nicety you get with Windows 10 November Update.