Windows 8 allows you to customize sound events, but Shutdown, Logon and Logoff are hidden. This Registry tweak brings them back in Sound options.

Windows 7 and previous versions let you easily customize the sounds played when you Logon, Logoff or Shutdown your computer. You can still do it in Windows 8, but these and other sound alerts are hidden by default. But with a simple Registry tweak, you can get them back and customize them to your liking. 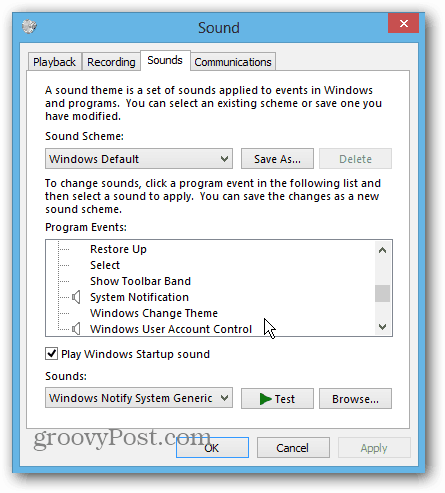 Note: Before doing any Registry tweaking, make sure you Back it Up First!

First, use the Keyboard shortcut Windows Key + R to bring up the Run line and type: regedit and hit Enter. 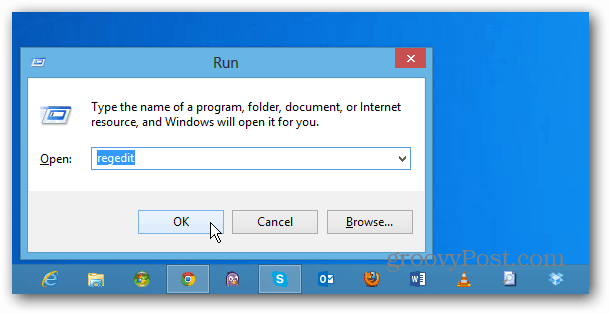 Registry Editor opens up, and you need to go to HKEY_CURRENT_USER\AppEvents\EventLabels under EventLabels; you’ll see a list of subfolders for different sound events for Windows 8. 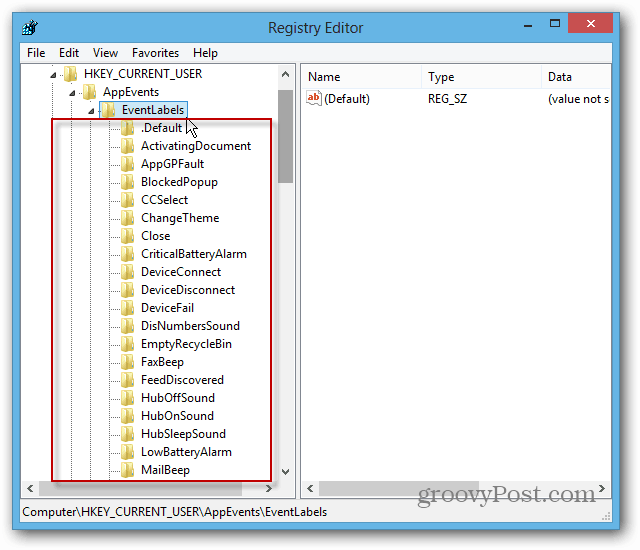 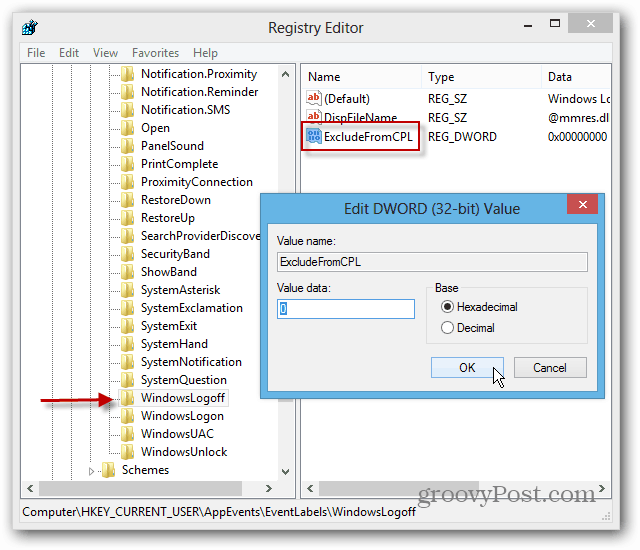 Repeat the same steps for the SystemExit and WindowsLogoff subfolders. In the end, SystemExit, WindowsLogoff, and Windows Logon subfolder ExludeFromCPL key values will each be set to 0. When you’re done, close out of Registry Editor. 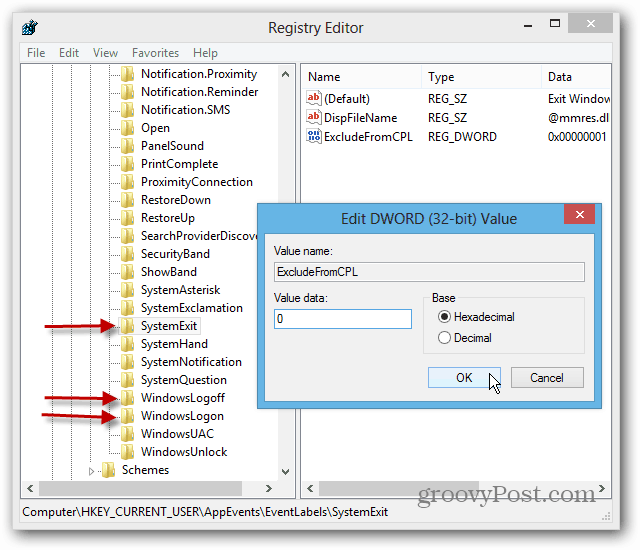 Now from the Desktop, right-click the Sound icon on the Taskbar and select Sounds. Or hit Windows Key + W to bring up Setting Search and type: sounds. 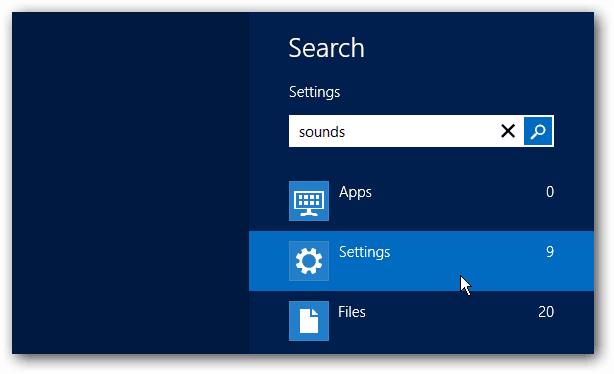 Then select Change System Sounds under the search results.

Now you’ll see the Program Events list entries and customize them like you would in previous versions of Windows. 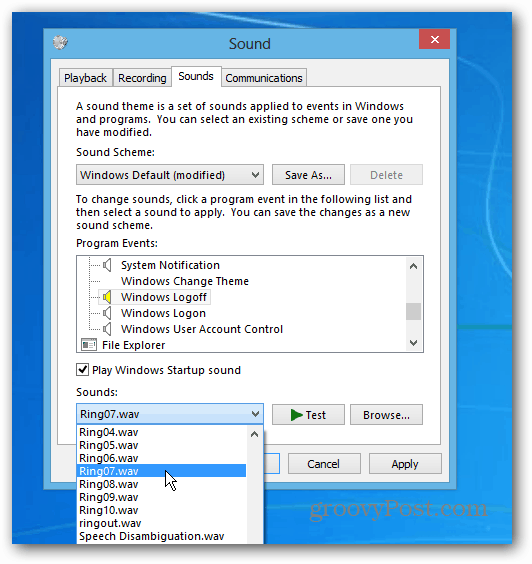 You can use this Registry tweak for other sounds that aren’t listed in Program Events too. If you like to customize every aspect of Windows 8, now you can – have fun!