The Windows 10 October 2018 Update Version 1809 release is just around the corner and here we show you some of the best new features to try first.

Everything is going dark. These days it seems like every app and service has a dark mode for its app. Microsoft introduced a dark theme for Windows 10 a couple of years back with Anniversary Update, but File Explorer didn’t change with it. With 1809, that changes, and now you will get a more unified dark color scheme throughout the OS when you turn it on. Enabling it is easy. Head to Settings > Personalization > Colors and select Dark under the Choose your default app mode section. 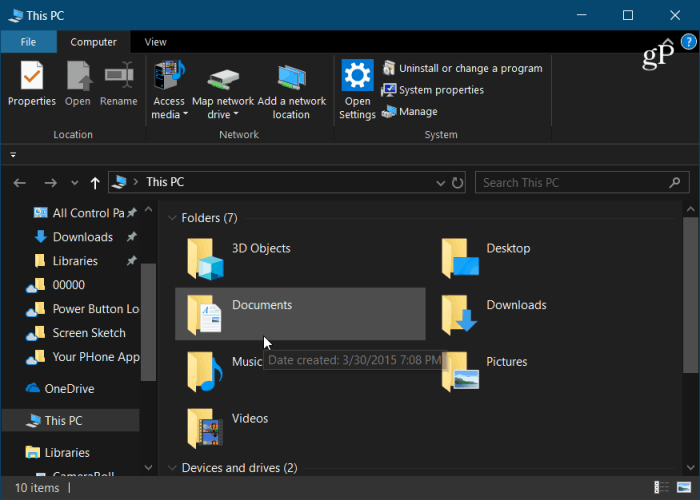 The Your Phone app is a great new feature if you’re an Android owner. After you link your phone to Windows 10, you will be able to share web links and sync texts and photos between your phone and computer. You won’t need to worry about connecting your phone to transfer pictures or email them to yourself. They will automatically sync up when the phone and PC are connected. For more on sending SMS messages, check out our article on how to text from Windows 10 with Your Phone. Currently, Android users get the most benefit, but iPhone owners can send links from the Edge iOS app to open on Edge on their PC 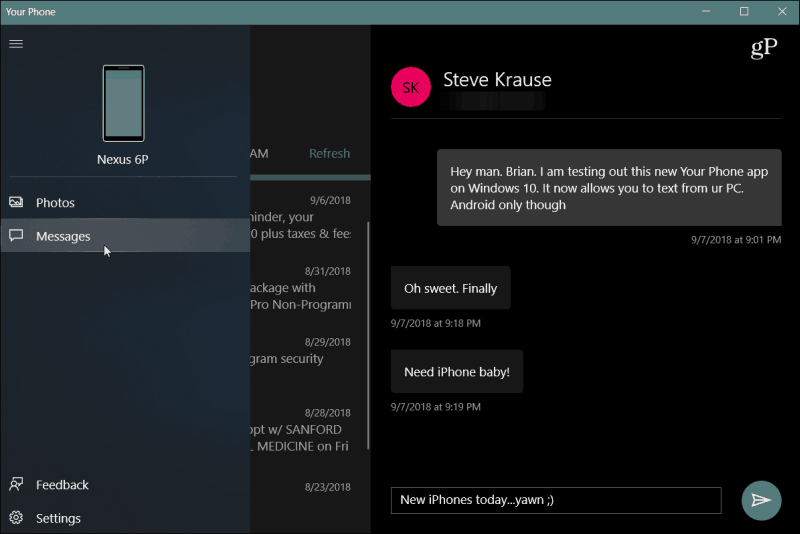 If you use the Start menu a lot to search, you will find a more feature-rich experience. This version is expanding to include recent documents, tasks, quick answers from the web, and more. For example, if you search for a third-party app, the web results will show a download button from the app’s official page. The user interface (UI) is also wider and allows easier access to info and other items. 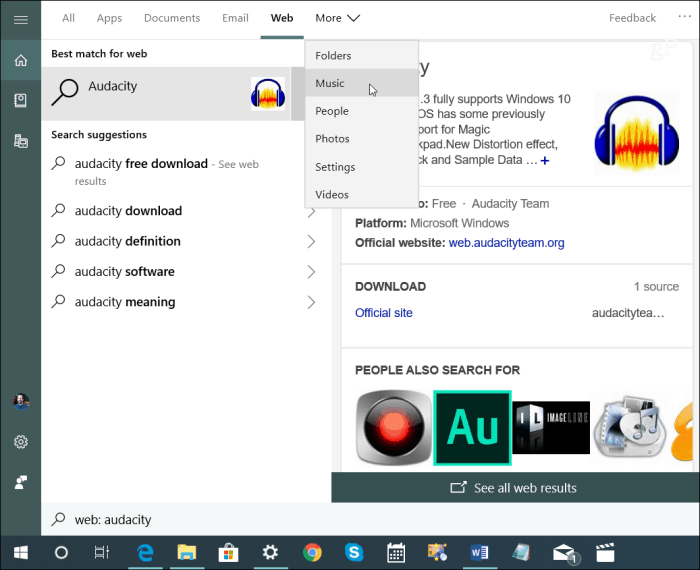 The Snipping Tool is being expanded to a new and improved screen grab tool called Snip & Sketch. It combines the Snipping tool with Windows Ink Workspace into a modern experience. It allows you to take a screenshot and then immediately edit and annotate and share the shot all within the same interface. For a closer look, check out our article on how to use the new Windows 10 Snip & Sketch Tool. 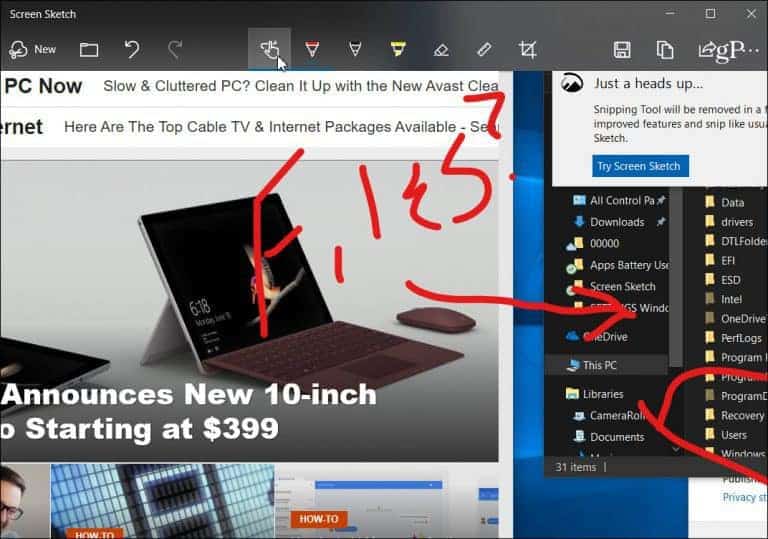 If you have poor eyesight or are using a high-resolution display and it’s hard to see the text, you now have an easier way to make things bigger. Instead of digging through display settings and adjusting scaling, head to Settings > Ease of Access > Display, use the slider to adjust the size of the text, and hit Apply. 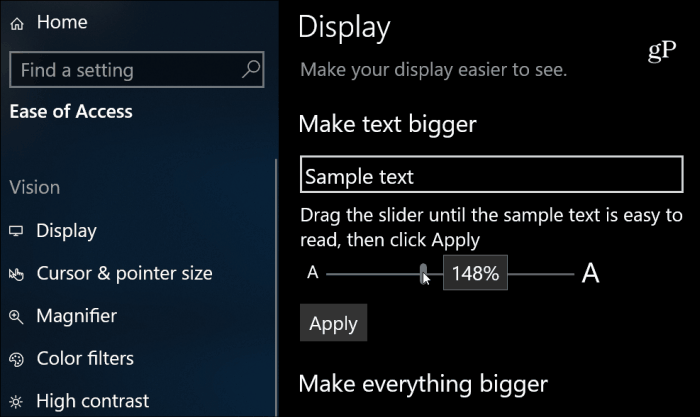 The Clipboard has always been a staple of Windows functionality, and in this version, it gets enhanced. It can now save your cut and copied items so you can access more than just one. And, you can sync your clipboard across other Windows 10 devices. To make sure it’s enabled, head to Settings > System > Clipboard and toggle on Clipboard history and Sync across devices. To see your clipboard history, hit Windows key + V, and you will be able to paste in past items, pin them, or delete them. This will be exceptionally handy while working on documents in Word or online. 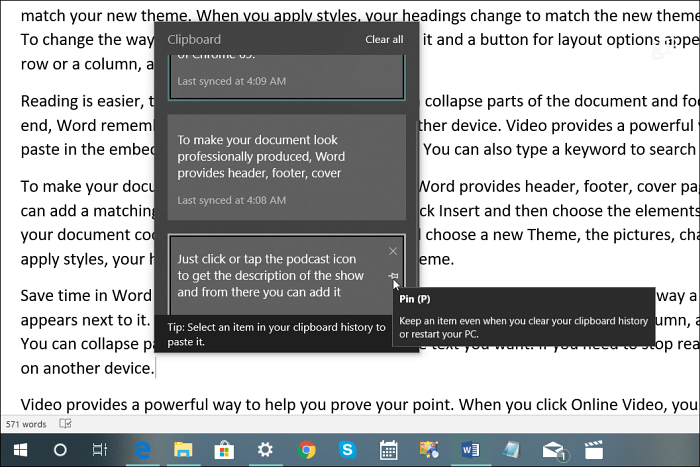 Note: This Legacy version of Edge has been removed. It has been replaced by a Chromium-based version which is cross-platform and available on Windows, macOS, Linux, iOS, and Android. It has a lot more features and is updated on a more regular basis. You can even install Google Chrome extensions on the new version of Edge. And those available from the Microsoft Store.

With every new version of Windows 10, Edge gets a fair share of updates. This version includes a new sidebar Options menu that better organizes the browser’s features like Favorites, Reading List, and History. There are also improvements to Edge’s built-in PDF Reader and several under-the-hood performance improvements. And what can arguably be called the best new feature — the ability to stop autoplay videos, music, and other media. 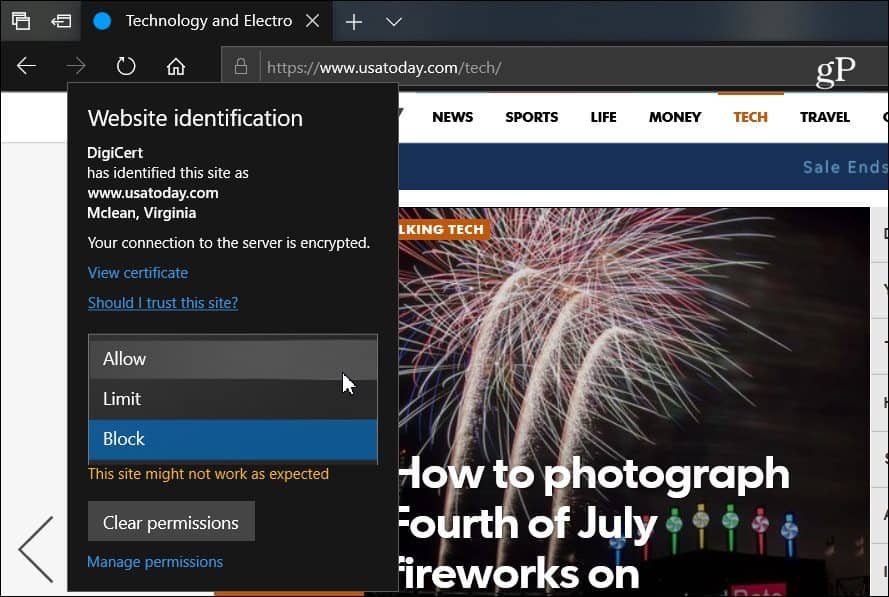 There are also plenty of other changes that you’ll discover as you continue to use this new build, and we’ll be covering them in more detail soon. There are plenty of performance enhancements, UI improvements, and more. But the features above are some of the best that you will want to check out first. What are some of your favorites?