The Your Phone app is coming to Windows 10 and it is currently in early testing for Insiders. Here is a look at what to expect from this new app and experience.

Microsoft has launched the Your Phone app for Windows Insiders who are running Windows 10 RS5 preview build 17728. Just a few days ago it was being reported that it would work with non-Insiders running Window 10 1803, however, that turned out to not be true. A Microsoft exec tweeted that it’s not quite ready for 1803. Still, the cat is out of the bag, and the feature is coming. If you are an early adopter, here is how to get started and what you can expect.

Now, it’s important to keep in mind, that, at the time of this writing, the app is new and limited and is only available to users in the Insider Program. It only supports Android devices with the ability to share photos from your phone to PC. But the company is promising several more features are coming. The plan in the works is to allow users to send and receive calls and SMS texts between devices, share web pages and documents between devices, iPhone support, and more.

Using the Your Phone App for Windows 10

Getting things set up is straight-forward. Make sure you have your phone handy and launch the Your Phone app (link below). On the first screen click the “Link phone” button. 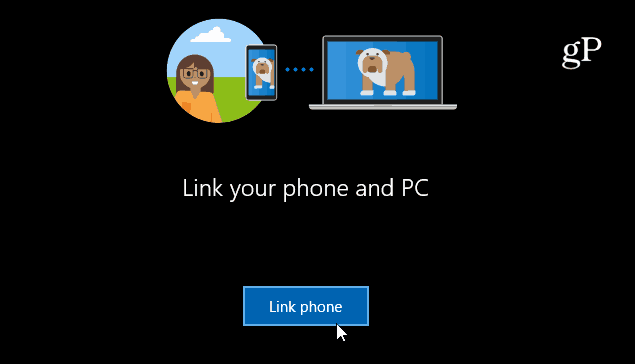 Then on the next screen, type in your phone number and hit “Send” to receive a link to install an app on your phone. 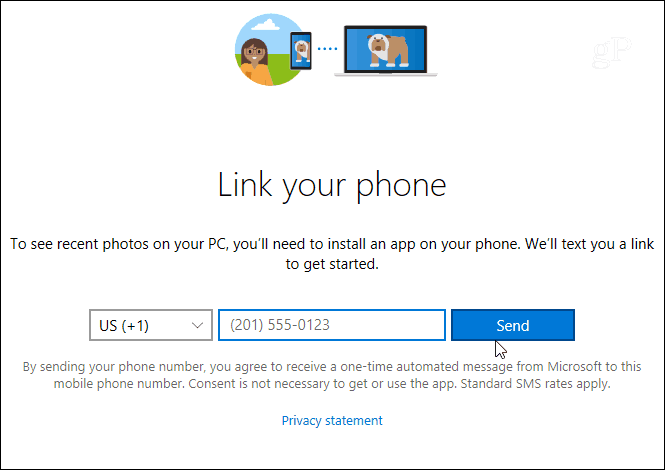 The link will point you to the Google Play Store so you can download the Microsoft Apps app to your phone. Launch it and tap the “Get Started” button at the top. 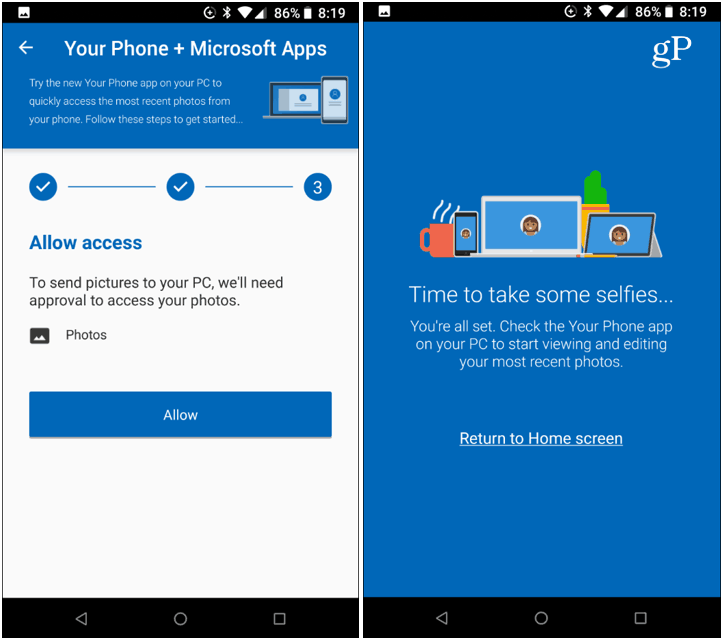 Then you need to log into your Windows Insider account, allow access to your photos on Android, and then tap the “Return to Home screen” link. 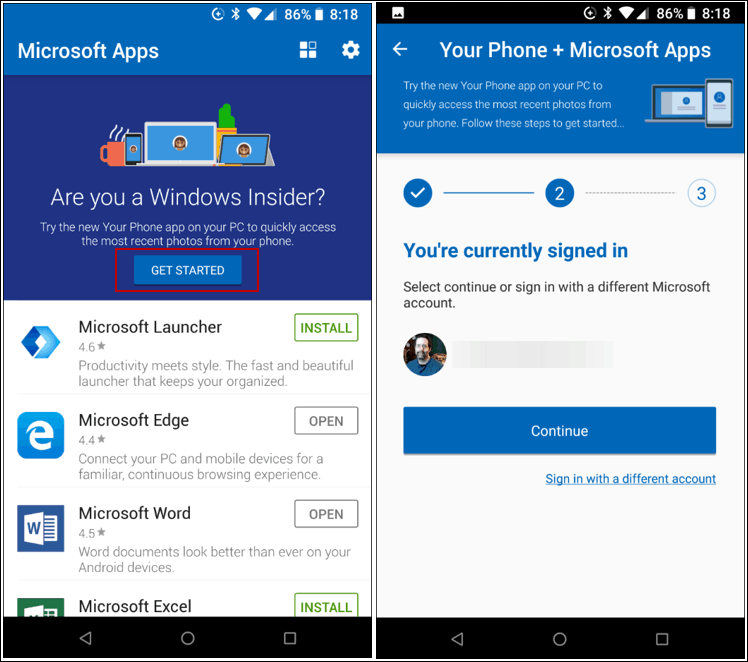 On your PC, you will see the Your Phone app and it should be displaying all of the most recent pictures you’ve taken on your phone — including any screenshots. 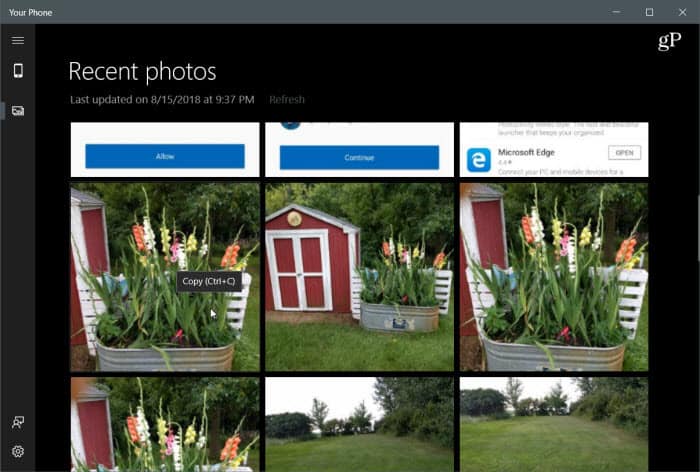 Click on any of the pictures and it will open it in the Windows 10 Photos app where you can do some basic editing or resize the photo. 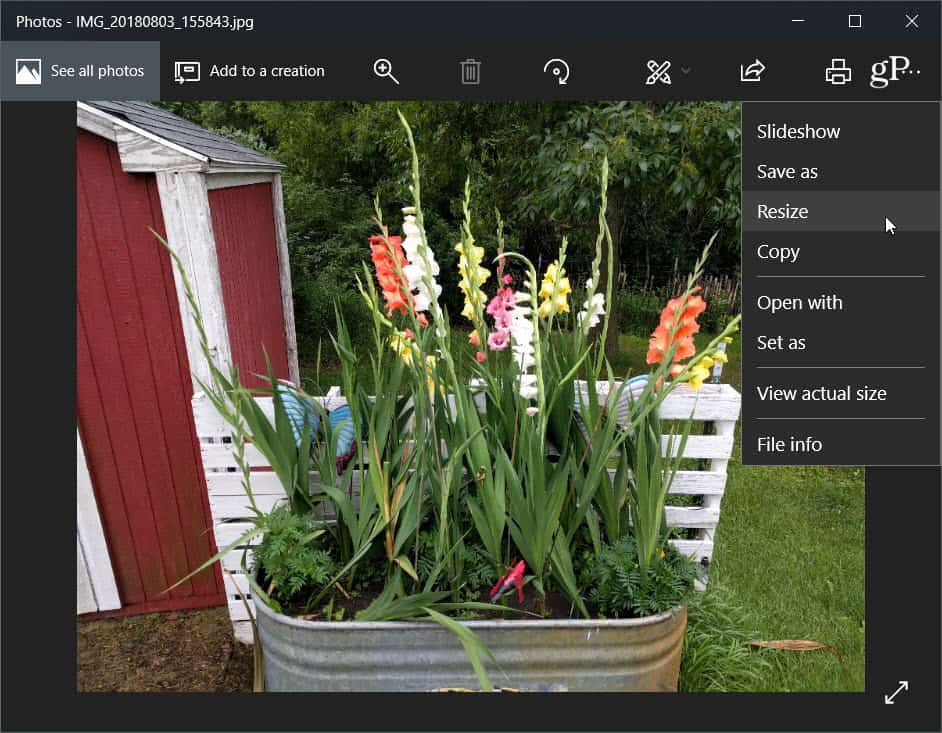 If you want to disconnect your phone from your PC, just swipe down on the Notification shade and tap Disconnect. 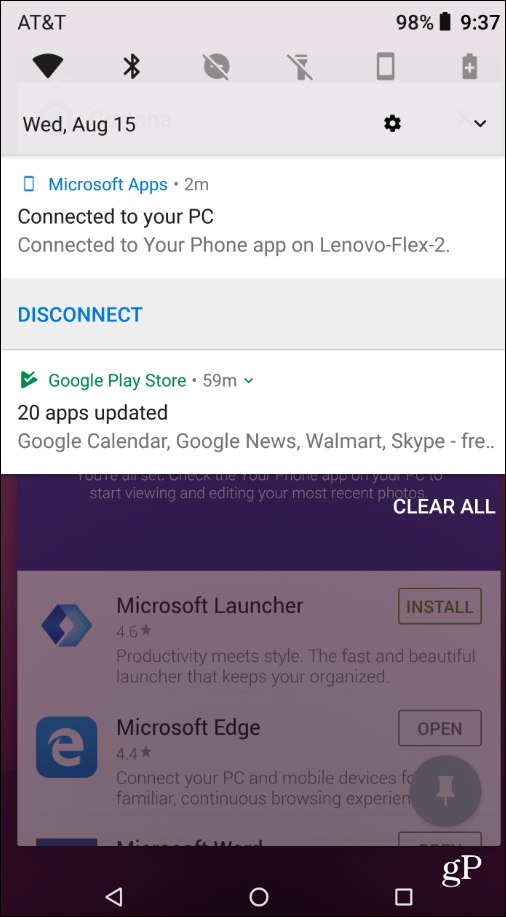 Again, it’s important to remember this is still in beta and while only Insiders can test the experience, even though it is available for anyone to download from the Microsoft Store. Also, there isn’t a specific “Your Phone” app for Android. You need the Microsoft Apps app for Android to get things rolling. But as development continues we should start seeing more stability and features as well as iPhone support.

When Your Phone is officially released and fully functional, we’ll be doing a deeper dive into what it can (and can’t) do. But for now, we can give you an idea of how it will work and what to expect.