Microsoft rolled out preview build 17728 to Insiders and it includes a new “Your Phone” app that allows easy transfer of files between your phone and PC.

Microsoft today rolled out Windows 10 Redstone 5 preview build 17728 to Insiders in the Fast ring. In addition to general fixes and improvements, today’s build also includes an interesting new feature called the “Your Phone” app. It will allow you to easily transfer files, photos, and other data on your Android phone to your Windows 10 PC. Here is a look at what’s new and what you can expect. 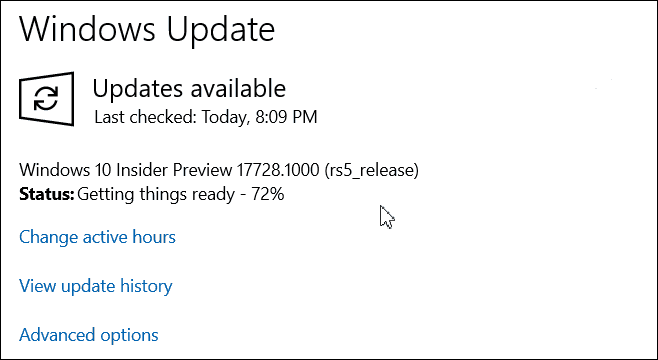 The big news here is the Your Phone app. It was actually unveiled earlier this year at the Build developers conference in May and is now live in today’s Insider build. It’s meant to allow you to mirror content from your phone to a PC. Currently, it works with Android, so those users will be the first to test the new feature. You will be able to drag and drop photos directly from the phone into Office apps and other supported Windows apps. Microsoft is also going to add support for text message and notification sync. You will need to be running Android 7.0 or higher and install an Android app from Microsoft to get things started. 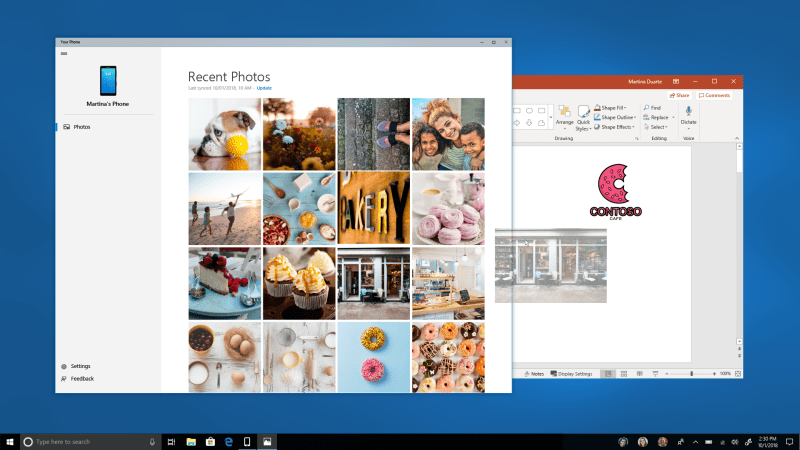 Microsoft says the Your Phone app will have limited functionality with iPhones, too. “For iPhone users, Your Phone app helps you to link your phone to your PC. Surf the web on your phone, then send the webpage instantly to your computer to pick up where you left off to continue what you’re doing–read, watch, or browse with all the benefits of a bigger screen,” notes Microsoft’s Dona Sarkar and Brandon LeBlanc.

In addition to the new features above, here is a look at other things that have been improved in today’s build:

As is the case with all preview builds, there are also several known issues with this latest build. Make sure to read Microsoft’s full post on all changes, known issues, workarounds, and developer notes. And let us know how the Your Phone app is working for you. And for more Microsoft discussion and troubleshooting advice, head to our Windows 10 Forums.