Microsoft is deprecating the Snipping Tool for screenshots and consolidating it with Snip & Sketch which is just as easy to use but more features.

Starting with the next Windows 10 feature update, the classic Snipping Tool is being replaced with an improved screengrab app called Screen Sketch. It was actually introduced with Windows Ink Workspace and is now being used as a standalone app for the screen snipping experience. It supports most of the same features you’re used to in the Snipping Tool with additional improvements like annotating your screenshots and easier sharing.

The new Screen Sketch was first introduced with Redstone 5 Build 17661 and will be available with Windows 10 1809 — which, at the time of this writing, is expected to roll out this fall. If you launch the Snipping Tool, you’ll see the following message letting you know it will be removed and consolidated into the new Snip & Sketch tool. 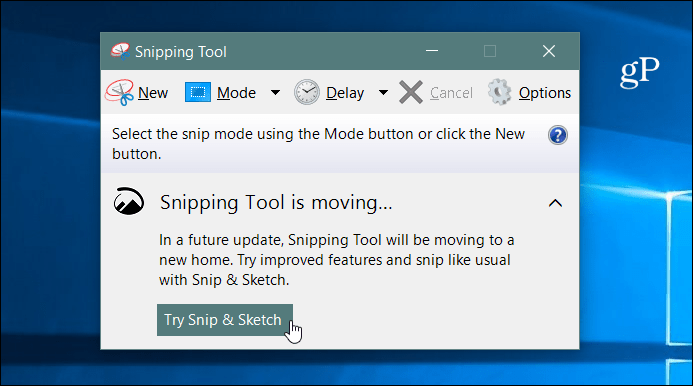 To take a screenshot, launch the Screen Sketch app and click the New button or hit Ctrl + N. 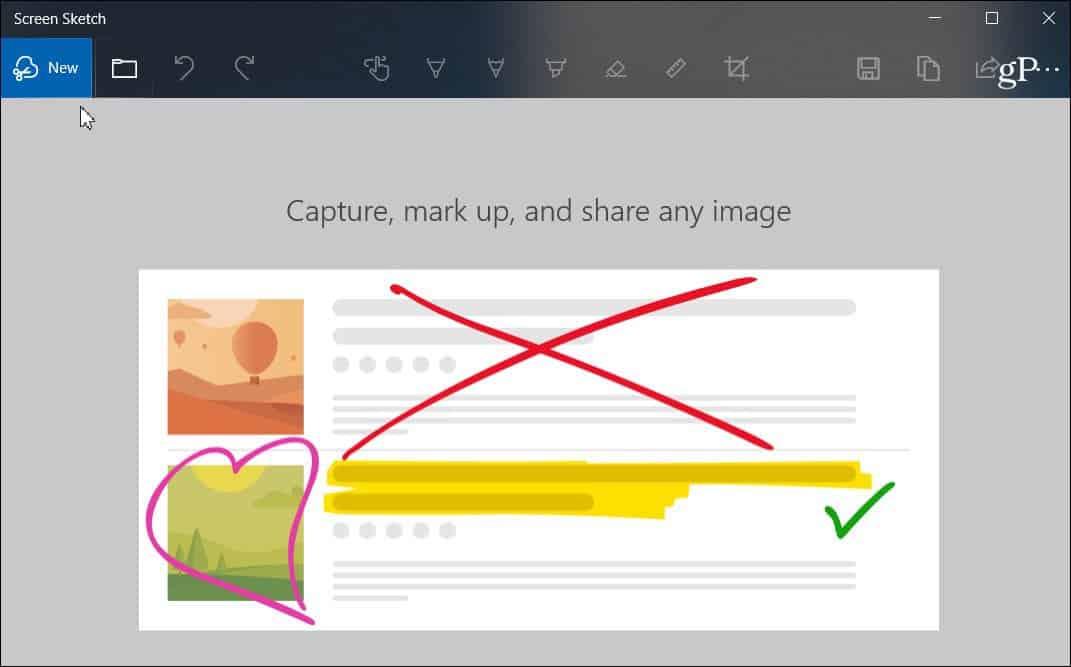 Just like with the Snipping Tool, the screen will gray out, and you’ll see a few options at the top. The buttons offer different ways to take a shot like Freeform, Region, or Full Screen. You can also use the key combo of Windows Key + Shift + S to directly start a region shot.

Once you take your shot, you’ll see several options for ways to annotate it. There are different options in the Screen Sketch toolbar like a ruler, different ink colors, cropping, etc. It’s similar to other Windows inking features like Ink Workspace. Or what you see when you annotate an eBook in Microsoft Edge with your finger. Of course, if you have a Surface Pen, you’ll have several more features and settings to configure. 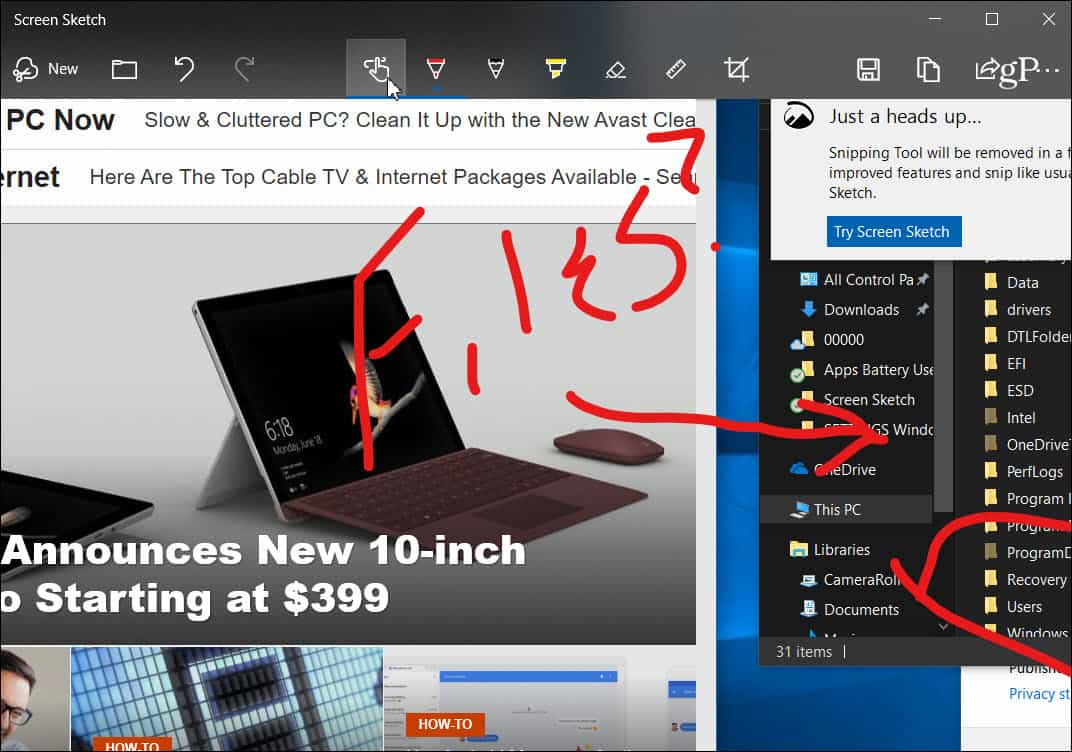 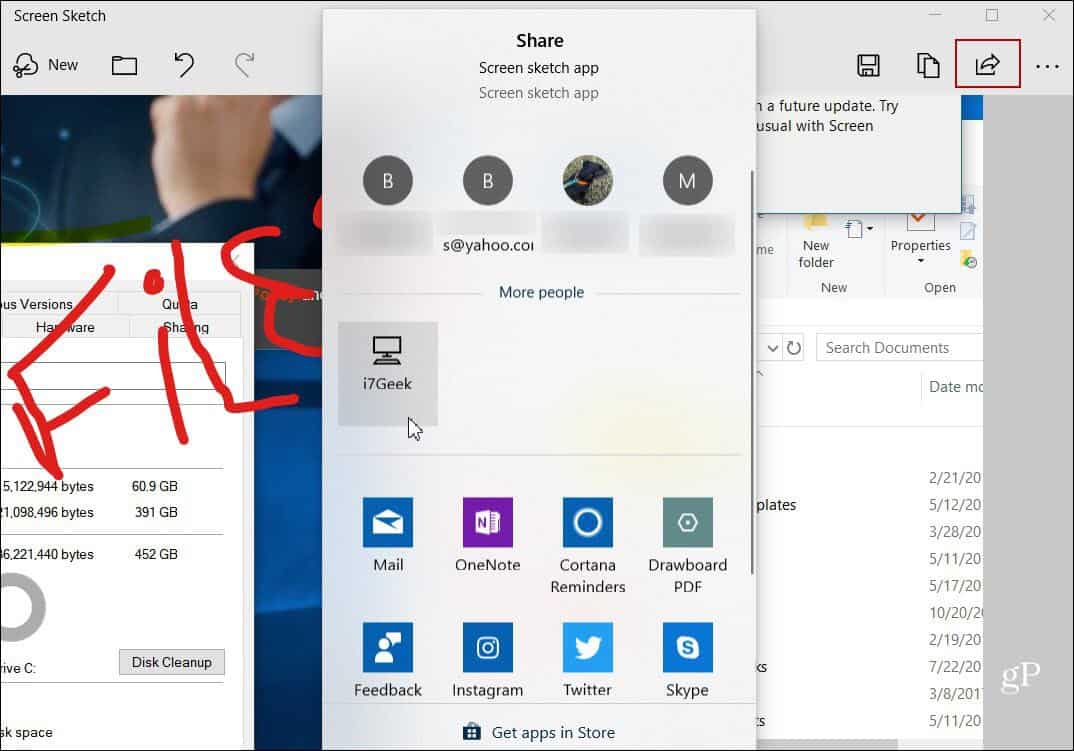 You can also make the PrtScn key to launch screen snipping. Head to Settings > Ease of Access > Keyboard and turn on the option under the “Print Screen shortcut” section. 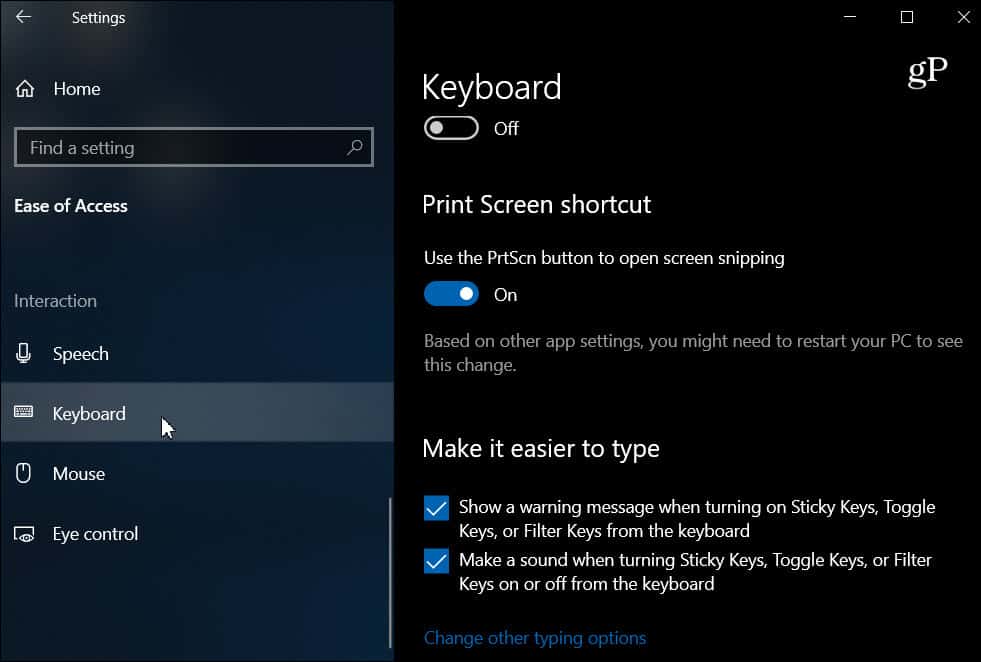 We have covered ways to take screenshots on all platforms. And the new Snip & Sketch tool is a great way to grab, markup, and share your screenshots from Windows 10. When it officially rolls out, users of the current Snipping Tool should find it easy to use. It’s as responsive and intuitive but with more features.