Microsoft today released Windows 10 Redstone 5 Preview Build 17661 to Insiders in the Fast and Skip Ahead rings. Unlike the previous two RS5 Insider builds, this version contains some notable new features. Namely a new modern screenshot experience and improved Fluent Design effects for Windows Timeline. There are other minor improvements throughout the OS as well. 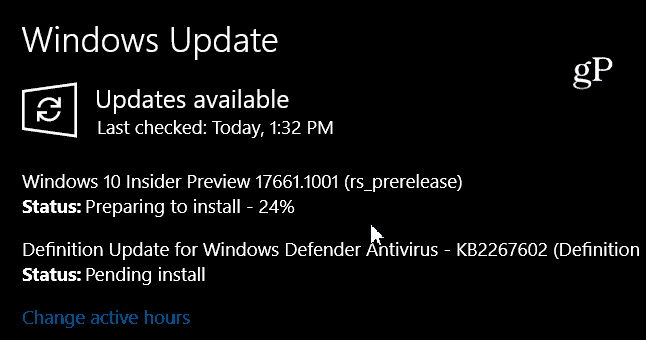 The process of taking screenshots in this build has been improved to a more modern experience. You can now take a shot and easily annotate the shot as needed with the Screen Sketch utility. Sharing a screenshot is easier now, too. In today’s article, Dona Sarkar and Brandon LeBlanc note: “WIN + Shift + S will now bring up a snipping toolbar – snip a rectangle, something a bit more freeform, or full screen and it will go straight to your clipboard. If that’s all you need, you can take it from there. Want more, though? Immediately after taking a snip, you’ll now get a notification that will take you and your snip to the Screen Sketch app where you can annotate and share away!” Once we have some time to test this out I’m sure we’ll be writing more about it. 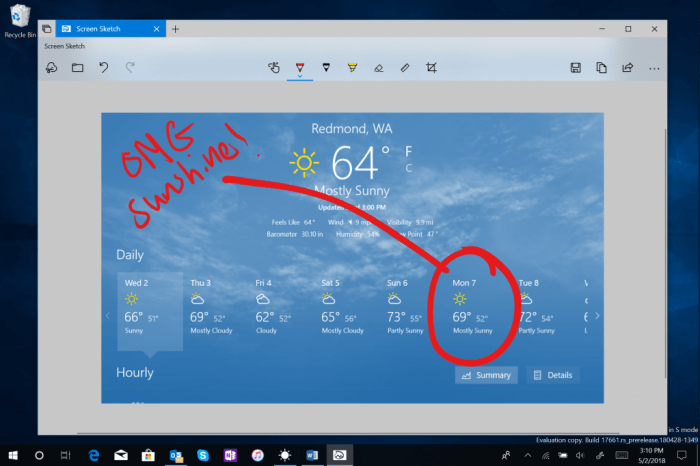 The company is continuing to improve its Fluent Design System and introducing a new acrylic look to Windows Timeline. This provides a more modern look for Windows Timeline and helps it blend in with the overall design of Windows 10. 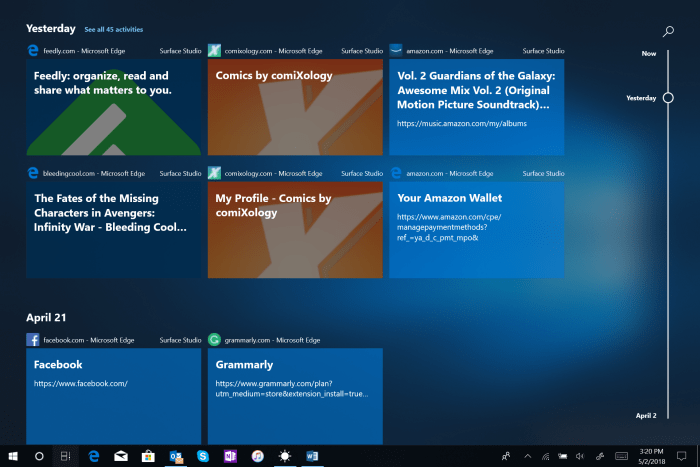 Other notable new features include a rebranding of Windows Defender Security Center to “Windows Security” which will include most of your Windows 10 security tools in one spot. The Focus Assist feature is getting improvements for times when you’re gaming.

In addition to the new improvements listed above, here is the list of other minor changes and fixes you can expect in this build:

Of course, as will all preview builds, there are several known issues as well. Be sure to read the full release notes to review all known issues and new features. If you are an Insider, Microsoft notes that all new RS5 Insider builds will be released to both Skip Ahead and Fast rings moving forward.

Are you an Insider and running this latest build? Let us know how things are going in the comment section below, or, join our Windows 10 Forums for more discussions.