Windows 10 April 2018 Update is starting to roll out, but it’s riddled with issues and for the time being, you should consider delaying it.

Tomorrow is what’s traditionally known as Microsoft’s Patch Tuesday. And, while the company pushes out much-needed security updates, it will also start rolling out Windows 10 version 1803 aka “April 2018 Update” to eligible devices tomorrow via Windows Update. While it’s always vital to get critical security updates, because the feature update is causing so many headaches for users, consider holding off for the time being. At least until the multitude of issues gets ironed out.

Microsoft made Windows 1803 available to the public last week and all I have heard from friends, colleagues, IT admins, and thousands of users on Reddit, is that this update, in its current form, is riddled with problems. A couple notable problems getting headlines are Alienware devices locking up and Google Chrome freezing after the update. Some of the other issues that users are reporting include File Explorer crashing, BSOD during the update, Microsoft and third-party apps become unstable, Bluetooth and Wi-Fi connection troubles, and hardware not working – just to name a few.

If you’re running Windows 10 Pro, you can pause the feature update while still getting critical security and system updates for the build you’re on. Simply head to Settings > Update & Security > Windows Update > Advanced Options. From there you can change the number of days you want to delay the feature update – version 1803 – for up to a full year.

Here you can also defer the system and security updates for up to 30 days. While we would never encourage you to delay critical updates, it might be prudent this time considering this unpredictable state of the current cycle. Maybe pause them three to four days – at least until we hear more about how things are going for people. And remember, you can manually download and install critical patches. 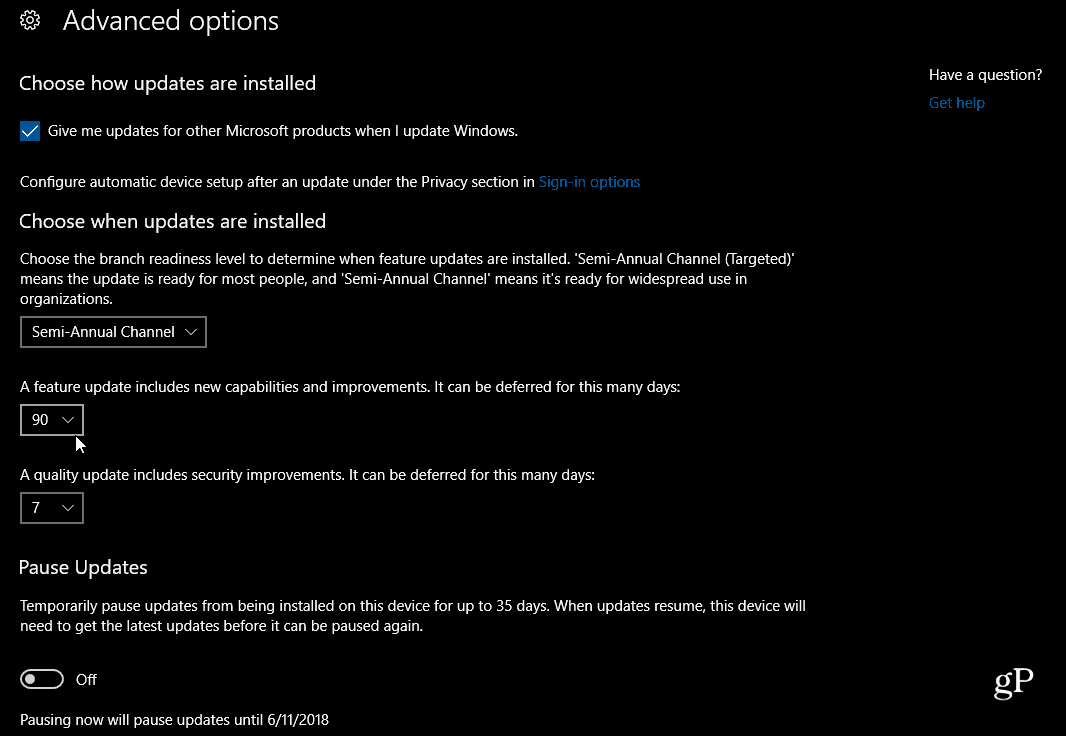 You can also just flip the Pause switch to turn off both the feature update and the security updates – up to 35 days. If you are running Windows Home, you can block the update via Metered Connection settings. For full details, read our guide: How to Delay Windows 10 Version 1803 April 2018 Update.

It’s unfortunate that this update cycle is seeing so many issues, and my recommendation to anyone running Windows 10 version 1709 is to hold off on Windows 10 1803 April 2018 Update at least until the first Cumulative Update arrives – maybe even longer depending on the system you’re running.

If you decided to roll the update, or are having frustrating problems with the Windows 10 April 2018 Update, head to our Windows 10 Forums to let us know your story and for additional troubleshooting advice from the community.