Microsoft is set to release the new October 2018 Update in the coming weeks. But if you want to delay it until all bugs are worked out, you can.

It’s that time of year again where Microsoft rolls out a major feature update for Windows 10. In the next few weeks, Microsoft will begin rolling out Windows 10 Version 1809 aka October 2018 Update. Similar to previous feature updates, it will be a staggered rollout to users with new machines first and then expand to older devices. Last year’s April 2018 Update (Version 1803) rollout was relatively successful, but generally, it’s a good idea to defer the big update at least until the first cumulative update is released.

Unless you change the settings, your Windows 10 system will get the update automatically. Here is how to hold off the update until you’re confident it’s stable and are ready to install it.

To delay the feature update for up to a full year, head to Settings > Update & Security > Windows Update and click Advanced options. 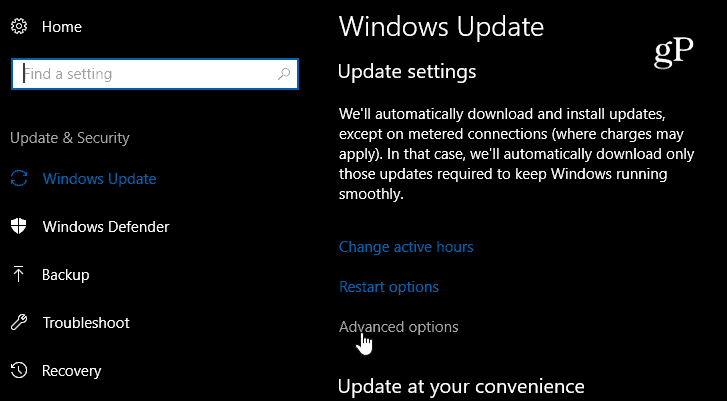 On the following screen, under the “Choose when updates are installed” section, select the number of days you want to delay a feature update. Typically, I choose 90 days, but you can go all the way up to a full 365 days. Keep in mind that if you want to update sooner than the time you choose, you can go back in and change it. Remember, you still want to get security patches, so keep the quality update value at zero. 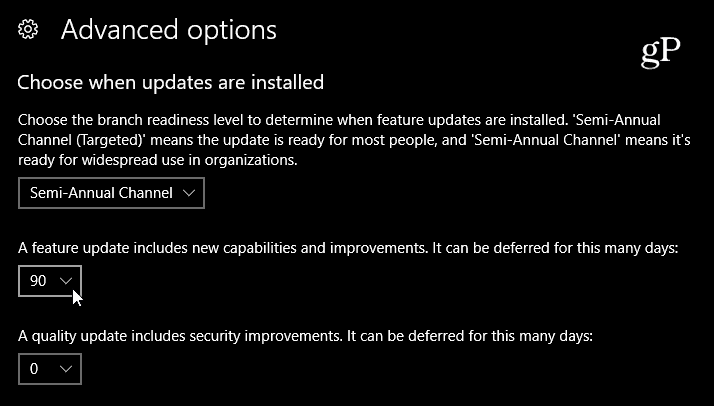 Just below the settings above, you’ll see the option to pause updates. Turning this on will pause quality and feature updates for up to 35 days. 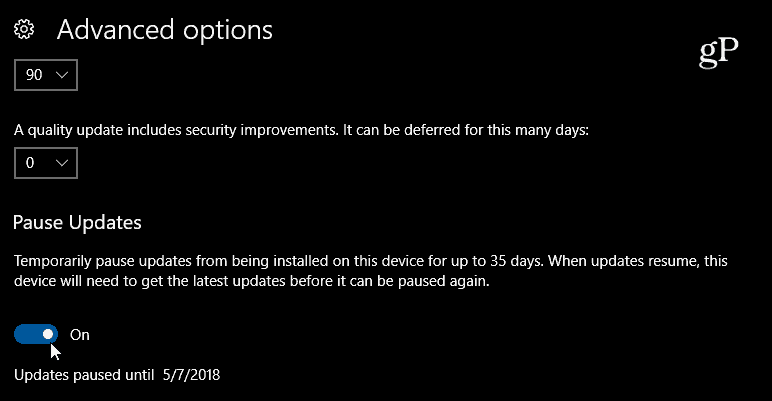 Now, if the update has already been downloaded in the background before you made any changes, you still can postpone it for up to a week. Head to Settings > Update & Security > Windows Update and click on the Restart options link. Then set the time and date you want the update to occur – up to seven days. 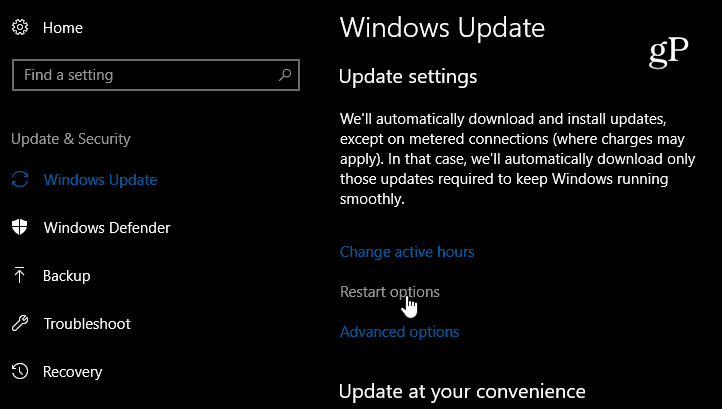 Simply delaying the update is ideal but, the Home version of Windows 10 isn’t as liberal when it comes to delaying updates. What you can do is block the update using Metered Connection settings. To do that, go to Settings > Network & Internet > Wi-Fi (or Ethernet on a desktop) and turn “Metered connection” on.

It’s especially important to remember that doing this will block all quality updates, however, priority updates that fix major security issues will still come in. Plus, you can also download and install updates manually. Still, you will want to use this option judicially. For more on using a metered connection read our article on how to limit Windows 10 data use over a metered connection.

Will you allow your system to update when it’s available right away or do you plan to delay it for a while using one of the above options?