If you’re a cord cutter, it’s nice to have lots of content to watch online. Pluto TV is a perfect supplement for viewing free live and on-demand shows.

We have covered premium live streaming TV services like Sling TV, Hulu Live, and YouTube TV. But what about some free options? There are some decent services out there, and today we’ll take a look at Pluto TV. The cool thing about Pluto is you don’t have to pay a single cent for live and on-demand content. It includes nearly 100 ad-supported channels, including sports, movies, comedy, cartoons, music, viral videos, and more. While these aren’t familiar cable properties you get with premium services like Sling or Hulu Live, it does include popular on-demand content and news channels like MSNBC, CNBC, and CBS. 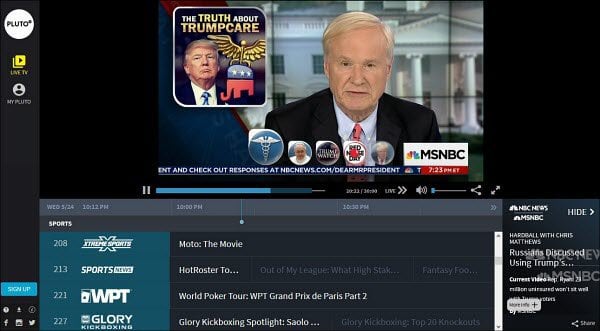 Pluto TV is available for Windows (desktop app) and Mac, Amazon Fire TV and Stick, Roku devices, Apple TV, Chromecast, Android TV, and select Sony, Samsung, and Vizio smart TVs. There are also apps available for your Android or iOS device so you can watch while on the go. To find out how to get Pluto installed on your device, head to the Pluto TV Where to Watch page. 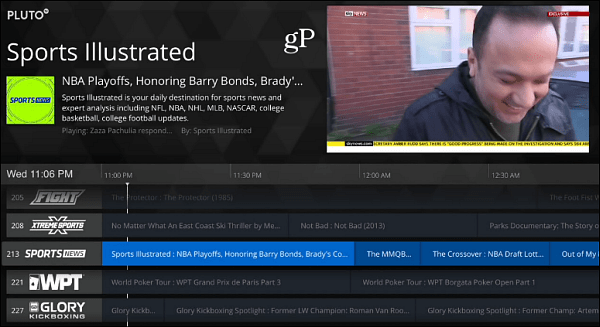 Pluto TV gets its content from popular streaming video services like YouTube, Vimeo, Daily Motion, etc. It also offers content from companies they have agreements with, such as Bloomberg TV, NBC, etc. Plus, it’s constantly adding new movies and TV shows to its on-demand library. The company recently announced that it would start delivering content from major studios and networks like Lionsgate, MGM, Warner Bros, Yahoo, and several others. In fact, for TV shows, it recently added the full series of “ALF” for those of you old enough to remember it.

Of course, the movie selection isn’t going to give you any of the latest blockbusters. The movies are older but of good quality, like “The Birdcage,” “Silence of the Lambs,” “Dances with Wolves,” and more.

The interface looks just like you’d expect from a cable box with a guide of channels and a preview screen above that. The Live TV user experience is similar across all devices, but the features you have will vary. For example, I can access on-demand content on Roku and Fire TV, but not on Apple TV. Another glaring inconsistency is, of all things, the available content on each platform. Not all channels are available on each platform. Hopefully, as this service continues to evolve, there will be more advanced features and consistency across all platforms. 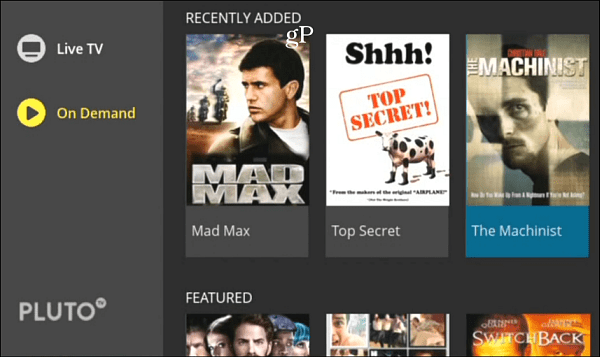 On-Demand content is easy to access on the Roku version of Pluto TV. However, navigating around is clunky compared to other platforms.

The app is generally smooth and responsive on each of the set-top boxes and mobile devices I’ve used. However, the Roku UI is a bit clunky when navigating the channel menu. The quality of the streams varies, too — which is common with streaming video in general. 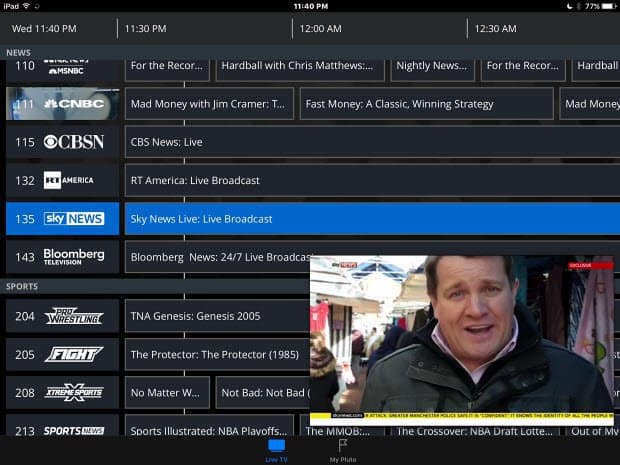 You can resize the video window while surfing through the channel list on the iPad.

With so many channels, there will inevitably be some you’ll never watch and some you’ll want to view all the time. You can manage your channel list on the official website under the My Pluto section. There you can ‘Favorite’ or ‘Hide’ channels from various categories. The changes you make will sync across all your devices with Pluto TV installed. 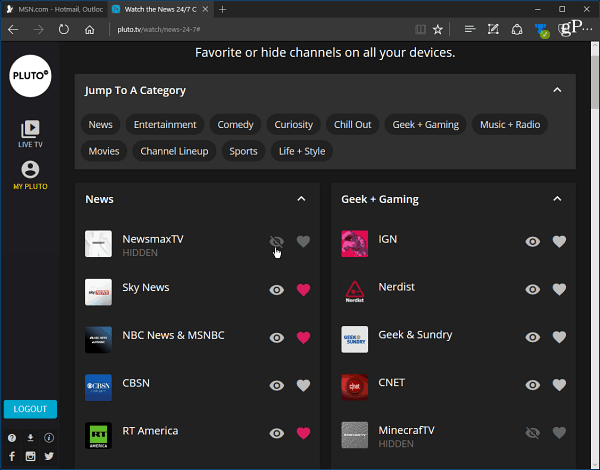 As far as set-top boxes are concerned, so far, I’ve had the best live TV viewing experience on the Apple TV 4th Generation. It performs very well on my iPad Mini and Nexus 6P, running the most recent version of Android Nougat. 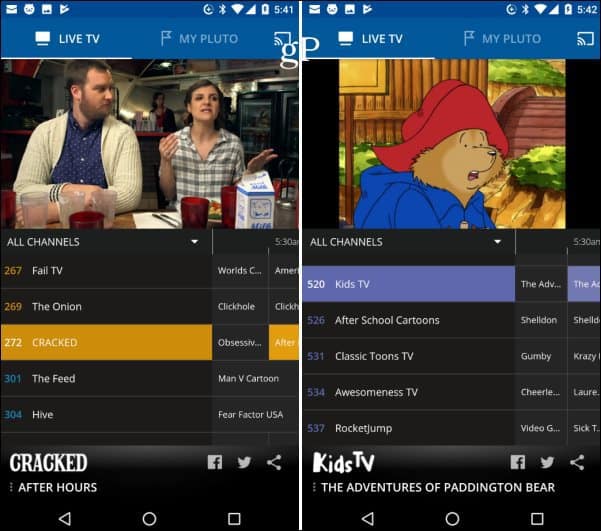 Head over to Pluto.TV to sample its offerings for free. If you’re watching on a computer, make sure you’re not using an ad-blocking extension in your web browser as it won’t work correctly.

This won’t replace your premium live TV streaming service like Hulu Live, and you do have to sit through a series of commercials from time to time. It probably won’t even be your “go-to” service, especially if you also have Netflix and/or Hulu. However, it’s a nice supplement that any cord cutter should add…and did I mention it’s completely free?

What do you think of Pluto TV? Leave a comment below and let us know what you think of the free streaming service.