Back in June, Apple introduced a new version of watchOS for Apple Watch. The watchOS 6 update comes with several new features that should make the wearable device even better to use. Chief among these is a built-in App Store, new apps, and more watch faces. Here are our favorite new Apple Watch features.

Until now, the only way to install an app on your Apple Watch was to download the iPhone version on your handheld device first. Not anymore. In watchOS 6, there’s a separate App Store on the Watch. From here, you can shop tens of thousands of apps and download them directly to your wrist. You can select from the highlighted apps in the Store or do a search using dictation or scribble. You can also explore the App Store’s trending section. Regardless, using a new app on your Apple Watch is as simple as selecting the buy or download button.

You can even add new Animoji stickers directly from the Apple Watch App Store to use in messages.

In 2018, Apple finally brought its native Podcasts app to Apple Watch. This year, it’s introducing an Audiobooks app. All your Apple Books titles in your Reading Now list sync on Apple Watch with the new app. To get started, tap the cover, then hit play. It also remembers where in the book you last were, regardless of your Apple device. Just remember your Bluetooth-enabled headphones!

Apple’s also bringing an official Calculator app to Apple Watch and one for Voice Memos. The Reminders app has also been updated. There’s also a Hearing Health app that monitors your nearby ambient noise for excessive decibel levels. When the noise exceeds normal levels, you receive a notification through a light tap on your wrist.

Since the first Apple Watch was released in 2015, the wearable device has always been designed to improve health. That tradition continues in watchOS 6 with the introduction of a new Cycle Tracking app for females. You can use the app to add flow information, symptoms like headaches and cramps, cycle length, and more. In doing so, you’ll see a running history through a graphical chart in the Health app for iPhone.

In time, the Cycle Tracking app will also alert you when it expects your next period to begin and even your monthly fertility window. You can also track your results from an ovulation prediction kit and readings from a basal body thermometer. 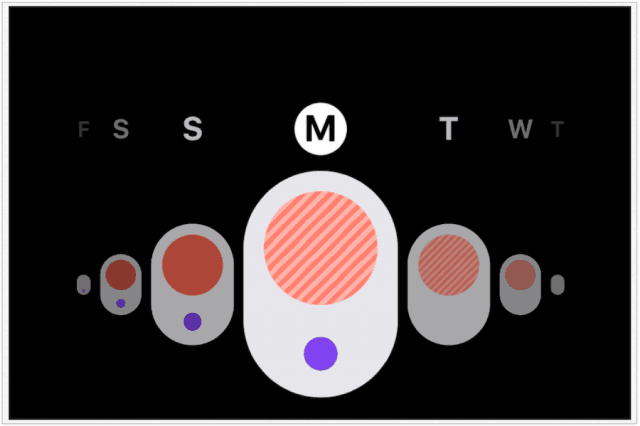 There’s also a new Activity Trends section coming to the iPhone Watch app in iOS 13. From here, you can look at key metrics such as Move, Exercise, and Stand and analyze your trends. The page will also tell you when you’re falling behind and what you can do to get back on track. 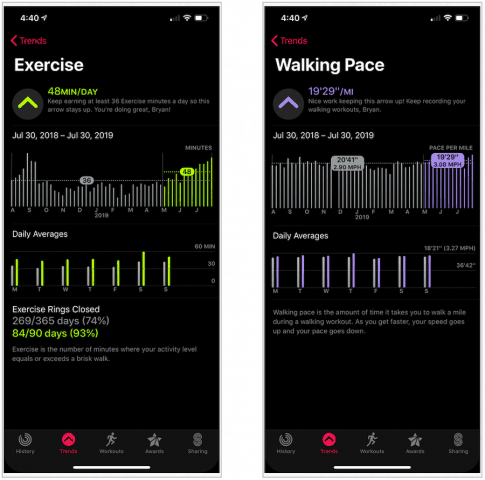 As part of the combined iOS 13-watchOS 6 update for iPhone and Apple Watch, respectively, there’s also an updated Health app. You’ll find automatically generated highlights of how your health data is trending over time among the new features.

Along with new watch faces, the update also offers fresh complications, including those that read decibel levels, the chance of rain, cellular strength, and more.

Finally, Apple is updating Siri in watchOS 6. The voice assistant on Apple Watch now lets you search a topic and then scroll through the web pages for the top results. It can also help identify a song that’s playing, even when your iPhone isn’t nearby.

Although watchOS 6 is somewhat muted compared to previous watchOS updates, it will bring lots of new goodies to your wrist nonetheless. During beta testing, I’ve grown to love the new Solar Dial Face and enjoy having the App Store right on the Watch. On the other hand, I’m not yet used to the noise decibel tool, which tends to go off every time I’m in the shower, and I still wish Apple would reveal third-party Watch face support.