I’ve had my Apple Watch a little over nine months now. People ask me all the time “Do you like it?” Absolutely. After watchOS 2.0 came out, I still love it!

I’ve had my Apple Watch a little over nine months now. People ask me all the time “Do you like it?” Absolutely. After watchOS 2.0 had come out, I fell in love all over again. Here’s why I still love my Apple Wach after nine months of use.

Before I got my Apple Watch, my iPhone was either in view or continuously close by. At every meal, the iPhone was sitting on the table. During meetings, it was either on the table or within immediate view. Yes, I’m one of those people that keep it under the table. Every time it vibrated, I pulled it out to see what was up. I also suffered from constant phantom vibration. 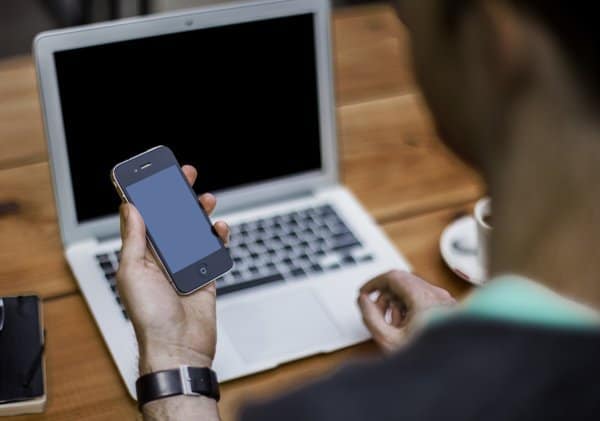 Once I got used to my Apple Watch, I became untethered from my iPhone. It sat charging nearby while I went about my day. I even forgot it a few times because I was using my Apple Watch to respond to things like messages or texts. My phantom vibrations went away. I’d keep my phone in my gym locker while working out instead of with me. I got freedom from carrying my phone everywhere.

Rushing to Answer The Phone

Since I run a small business from my phone, missed phone calls mean a loss of revenue. If my phone weren’t in reach, I’d race to get it. The fact I can shower with my watch is a huge plus. We’ve all been there; running out of the shower getting the floor wet just to get the phone. Then by the time you get there, the call went to voicemail. 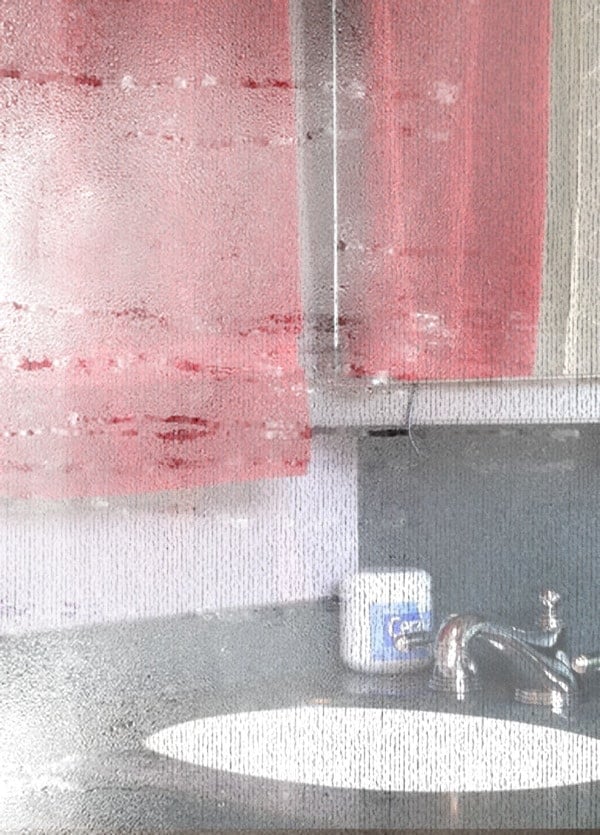 With the Apple Watch, I can answer the call on my wrist. On a practical level, the sound quality is lousy, and it’s uncomfortable to talk through your wrist. Dick Tracy never thought about ergonomics. At least, Agent 86’s shoe phone was comfortable to hold. I can answer the call with my finger or nose and say “Hold on just a sec, let me switch to my phone.” That captures the call and ends all the phone tag I’d have to fight.

Rushing to Silence The Phone

Even if you put your phone on vibrate, unwanted calls annoy everyone. You can pull out your phone and dismiss the call, but what is the point? By the time you get the phone, they go to voicemail. If you forget to silence the ringer during a public performance, boy do you feel embarrassed! Again, I hope I’m not the only one who has nightmares of someone scolding me from the stage for forgetting to put my phone on vibrate. 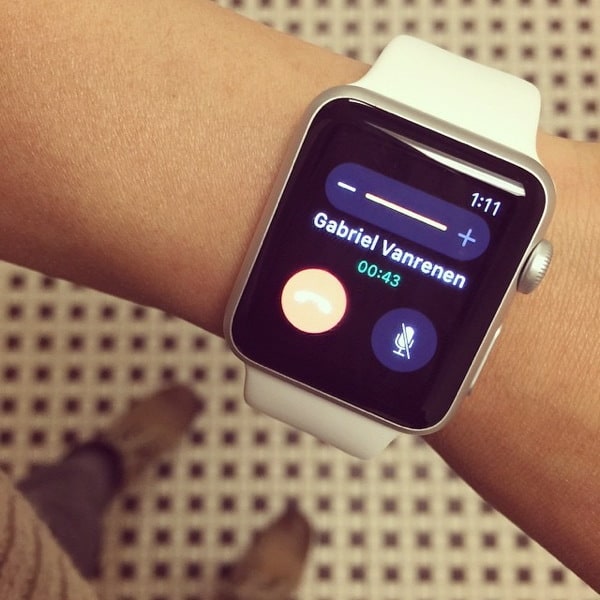 When these annoying or embarrassing moments happen, a flick of the wrist solves the problem. I can send the caller to voicemail almost instantly. My mother-in-law wonders why I’m so much busier since her calls are going to voicemail on just one ring.

Like many of you, I actively chat on Facebook. Some of those group conversations start a near-constant vibration of your phone. I can mute those Facebook conversations right from my Apple Watch. I can do that with the Facebook Messenger app, but then I have to pull out my phone and unlock it.

Tracking Calories Instead of Steps

Steps are fun to track and compete against your friends. That 10,000 step goal a day is a start, but it doesn’t necessarily say how hard you worked out. Once you get used to doing 10,000 steps a day, it doesn’t mean you are working harder. After all, a few thousand steps walking the dog for twenty minutes is very different from those same steps on a treadmill. 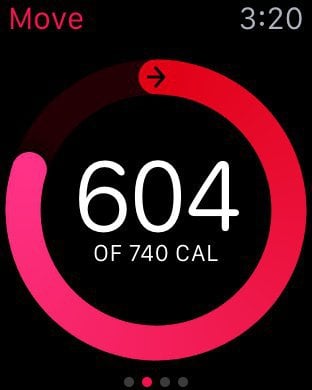 Many days I notice I get in fewer steps but burn more calories. If your goal is to lose or maintain weight, calories burned are a more sensible choice.

Tracking Everything Instead of Steps

Tracking your steps is passive, the Watch does it without you asking. With your watch readily available, why stop at just steps and calories? I follow all sorts of things on my Watch. I track health things like sleep and caffeine, but I also track other non-health related data. The most important aspect I track is time. I use the Office Time app that works on all my devices, including my watch. When I need to bill a client for time, I use the app on my Watch. That app syncs with my phone and desktop and I can easily create an invoice. I also use that to balance my time, so I don’t focus on one task too much. 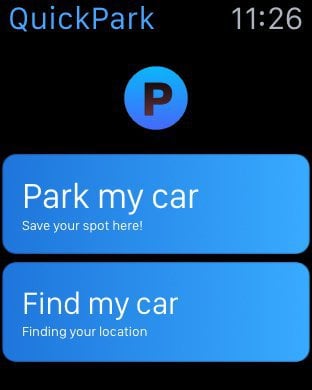 Some more of my favorite tracking tools on the Apple Watch:

•eBay: Tracks my auctions, lets me snipe in at the last minute and grab something

•QuickPark: Reminds me when my car is and when my meter expires

•Swarm: Tracks where I’ve been and checks me into places for Foursquare. I have an IFTTT script that writes this to Evernote

•Mint: Keeps me on budget and prevents overspending

•iPhone pinging: When I can’t find my phone, my watch pings it for me 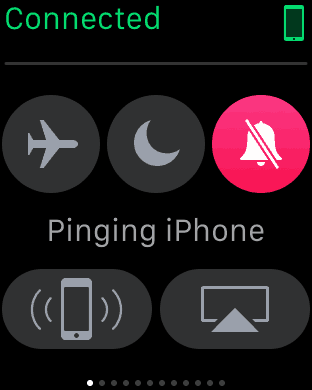 I’m more organized and save time and money by having everything close at hand, or in this case, on my wrist.

I have an iPhone 5s, so Apple Pay isn’t built into it. That’s no problem because it is on my watch. When I see people at the coffee shop pulling out their phone to pay, I chuckle. They have to stop what they are doing on the phone to pay. If it’s not in their hand, they have to pull it out. 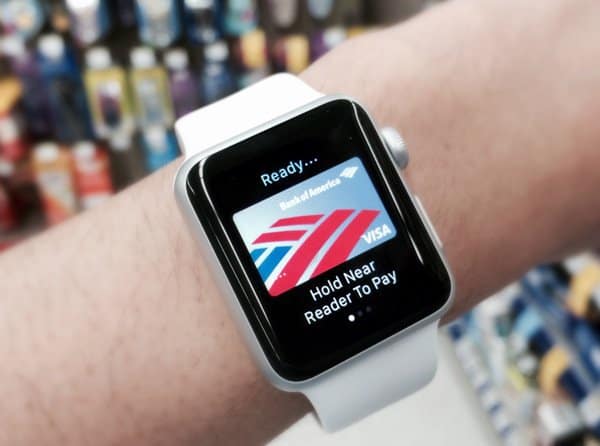 My watch lets me pay without interrupting my phone. If the phone is in my pocket, it stays there. If I’m tweeting or texting, I don’t skip a beat. I present my wrist, and I’m done. Payment couldn’t be easier. My only gripe is that sometimes my watch display goes dark while paying.

This wrist flick simplicity isn’t just for Apple Pay, but anything in my wallet. Starbucks payments, loyalty cards, and boarding passes all work on the watch.

I didn’t use Apple Maps or Google Maps until I got my Apple Watch. I have a stand-alone GPS in the car. That makes sense to me since I drive so often. I don’t want to look down at my phone to see directions. If I’m on a call or listening to a book, I don’t want the mapping software to interrupt me. When I plot a course on the Apple Watch, my phone can keep my focus on the primary task.

Recently I was driving through a snowstorm and had to focus on the dangerous road. I was in an unfamiliar area, and I didn’t want to avert my gaze even for a second. Looking down at my phone or GPS was too much of a distraction. The Apple Watch notified me of my next turn and direction through the haptic vibration responses. If I wanted to confirm where I was going, I just had to flick my wrist.

When I’m walking in an unfamiliar area, reading your iPhone for your next turn isn’t the best for safety either. While looking down at your phone, you’re not aware of your surroundings and potential threats. I can walk around as a tourist without looking like a tourist. I don’t need to look at my watch or phone, the watch’s vibrations will tell me where I need to go. If I do glance down, my phone is safely in my pocket.

It’s not all sunshine and rainbows for me on this device. It isn’t perfect. My biggest complaint is the price. Even after Apple dropped the price, it is still expensive. Not just the price for the device, but the accessories. I love it, but it is a massive investment. That’s typical of Apple product, but that doesn’t mean I can’t complain about it. Third-party bands and cases help personalize the watch, but the chargers are still expensive.

True story:  I don’t swap bands.  I must be in the minority according to Apple.  New bands don’t thrill me.

One charger is not enough for the Apple Watch. I’ve left mine in hotel rooms and friends’ homes and rendered my watch useless for days at a time. I need a travel one, one for my office, and one for the car. Since I’m a hard-core user, I can’t make it more than 15 hours without a charge.

The final annoyance I have with charging is that my watch doesn’t always charge. I’ll place it on the charger at night and see the green charging symbol. In the morning, I’ll see a low-power warning. The placement was slightly off, so I missed my evening charge.

Beyond the power and price complaints, I’m disgustingly happy with my watch. It has reliability issues like any technology device, but check out this troubleshooting guide for ideas.

Overall, it’s one of the best purchases I ever made since my first Palm Pilot. It caused a dramatic change in my phone habits, and I think that change was an upgrade in my personal and professional life.