Apple this week held its annual WWDC event and the company introduced a lot. Here is a look at the seven coolest announcements the company made about its products.

Apple’s 2019 Worldwide Developers Conference (WWDC) introduced all-new goodies for the company’s most essential products, including iPad, iPhone, Mac, and Apple TV. It also announced an all-new hardware product that will probably turn more heads than it will attract consumers. Here are the hottest new things Cupertino revealed in San Jose, California and why you should be excited.

The iPad Grows Up

For more than a decade, Apple has relied on the iPhone to expand its bank accounts and make investors happy. With iPhone sales ebbing, Apple is finally beginning to show more love towards its larger mobile device, iPad.

Come fall, Apple tablets will no longer support iOS. Instead, they’ll use iPadOS, a brand new operating system that’s built upon iOS, but is more geared towards the larger product.

In iPadOS, you’ll be able to access and view your content in more convenient ways, starting with improvements to Slide Over and Split View. With Slide Over, your currently opened apps are quicker to open and go back and forth. Split View now lets you view two documents from the same app side-by-side.

Apple has also (finally) decided to make the app icons on iPad smaller. In doing so, there are more apps per page. With iPadOS, there are also pinned widgets; these allow you to anchor your favorite Today View widgets on the Home screen. 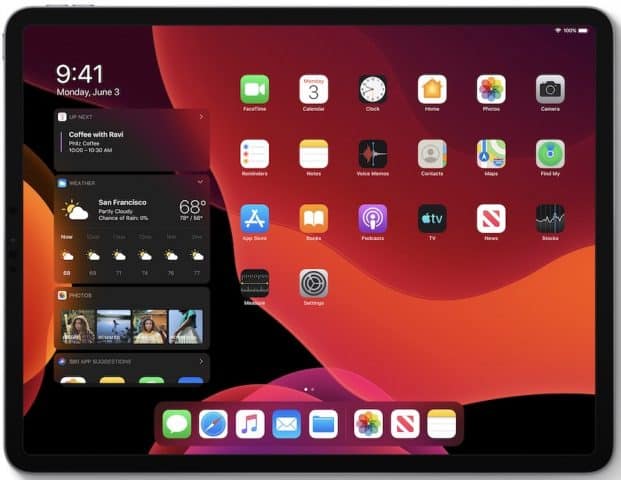 The most valuable new feature for the iPad deserves a heading of its own and also requires a Mac to work. With SideCar, the iPad becomes an extension of your computer display, thereby giving you more space to work. When coupled with the Apple Pencil 2 (see below), you can sketch or write in any Mac app from your iPad, assuming that the app supports stylus input.

Among the apps that will support SideCar at launch are Final Cut Pro X, Adobe Illustrator, and more. Best of all: SideCar works with or without a wireless connection thanks to Continuity.

As a non-creative, I’ve never been a big fan of Apple Pencil. However, my mindset might change because of the new features coming to the iPad. With iPadOS, Apple has made it even easier to use the Apple Pencil to markup and send webpages, documents, or emails. There’s also an advanced tool palette that pops up whenever you use the input device that includes various colors, shapes, an object eraser, and more.

Using an Apple Pencil is also getting smarter thanks to advanced prediction algorithms and optimizations that have reduced its latency to as low as nine milliseconds. What this means is using Apple Pencil is getting ever-closer to feeling like using an actual pencil on a real sheet of paper. 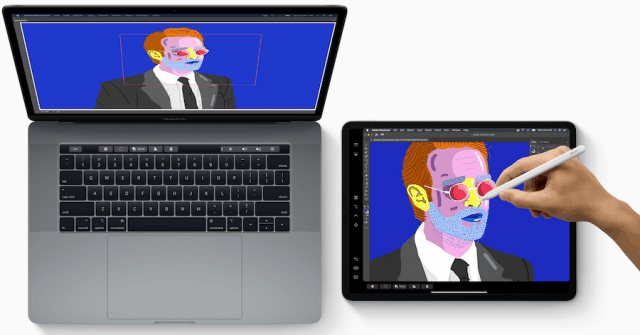 I didn’t think it was possible for Apple to improve the native keyboard in iOS and iPadOS, but it did. The new keyboard lets you swipe (instead of typing) from one letter to the next. Previously, this was only possible through a third-party keyboard. I never used swiping on my iPhone and iPad keyboard. However, I’ll willing to give it a chance, especially if it makes my typing faster!

Imagine a Mac you can upgrade to your heart’s content without ever needing to visit an Apple retail store. Now imagine a Mac you can buy if money were no object. Say hello to the 2019 Mac Pro, which was the only new hardware Apple shown at this event.

Starting at $6,000 before taxes for the entry-level model, the new Mac Pro is what you might expect it to be. It’s a professional Mac that’s customizable to suit different needs. Featuring a “cheese grater” design, the Mac Pro is built around a stunning stainless steel space frame with an aluminum housing that lifts off, allowing 360-degree access to every component.

Unless you’re drawing dragons for the upcoming “Game of Thrones” sequel, the Mac Pro probably isn’t for you, but that’s okay. It’s nice to see Apple showing professionals some love. The rest of us can look at the Mac Pro in awe.

WWDC hasn’t only been about work. There were some entertainment-based announcements. The biggest of these is the introduction of multi-user support for the first time. With this functionally, family members get their own personalized entertainment experience. This means each user receives a unique Up Next list and TV/film recommendations.

Apple has also announced that the PlayStation and Xbox controllers will soon work with Apple TV. In doing so, gaming on Apple TV should get easier. The game controller support comes ahead of the upcoming launch of Apple Arcade, which will arrive this fall.

Apple Arcade, which was previously announced, is a gaming subscription service for iOS, iPadOS, and tvOS. At launch, it will include over 100 new and exclusive games that you can play without seeing ads or making additional purchases.

At WWDC, Apple killed iTunes (but not on Windows). However, this doesn’t mean the company has stopped embracing music and audio.

HomePod, which connects to the iPhone and iPad, can now learn the voices of family members. This change creates a personalized experience that’s expected to get even better over time. Apple also brings audio sharing to AirPods, which lets you pair two sets of AirPods to one iPhone so you and a friend can enjoy the same song or film at the same time.

Who Gets What and When?

If you missed it, you can watch the entire two-plus hour WWDC 2019 keynote on Apple’s site.