Microsoft today rolled out Windows 10 Mobile Build 10549 for Insiders. But if you want it, you need to roll back to Windows Phone 8.1 first.

Microsoft today rolled out Windows 10 Mobile Build 10549 for Insiders. It includes some new features and improvements. However, you get there is a bug with this build and you’ll need to roll back your phone to Windows 8.1 first.

Microsoft exec Gabe Aul made the announcement of the new build earlier today on Twitter:

Hey #WindowsInsiders, we have a new build for Mobile going live now – 10549.

If you’re currently running Windows 10 Mobile Build 10536, you’re not going to see the update. To get it, you first need to rollback your device to Windows Phone 8.1 using the recently rebranded Windows Device Recovery Tool.

If you haven’t rolled your phone back before, read our step-by-step guide: Restore Windows 10 for Phones to Windows Phone 8.1. Once you’re back on Windows 8.1 head to Settings > Phone update > Check for updates. 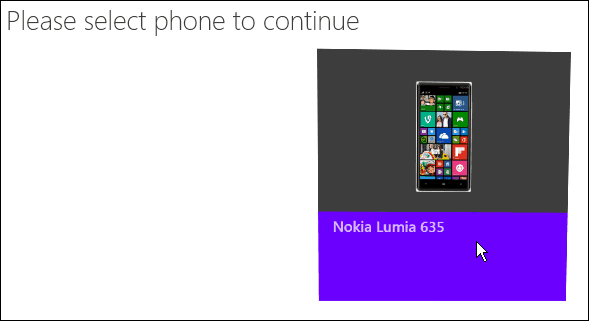 Remember, restoring to 8.1 will blow away everything on your phone and you’ll need to go through and set it up again. Then reinstall the Windows Insider app, select the Fast ring and reboot your phone. After that check for updates and you should see the new build.

If you do go through the entire process to get the latest build, here is some of what you can expect.

According to Gabe’s blog post, the following issues have been fixed in this build:

And, of course, here’s a look at known issues:

I am not sure if these slight improvements warrant going through the entire process of going back to Windows 8.1, but that is certainly up to you.

If you want to remain on build 10536, that’s not a problem and you won’t receive today’s build. The company is working to make sure you get the next one, though.

It’s quite affordable, and now you can get one for only $39 on Amazon.

If you’re a die-hard Windows Insider and want to provide feedback for the upgrade path, now’s your chance.

Personally, I haven’t upgraded yet just because I haven’t had enough time. But if you have, we’d love to hear from you and let us know how things go in the comments below.