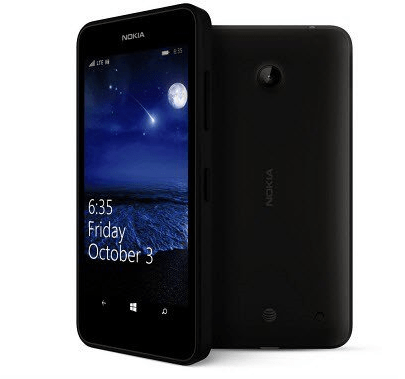 If you have never owned a Windows Phone, and want to check it out, the easiest way to do it is pick up a Lumia 635 which is only $49 dollars on Amazon.

Microsoft launched its Windows 10 technical preview for phones last week, but the only phone’s that it’s compatible at the moment are lower-end budget phones which include the Lumia 630, Lumia 635, Lumia 636, Lumia 638, Lumia 730, and Lumia 830.

If you own a high-end Windows Phone, Microsoft wrote in its blog post that you’ll be getting the tech preview soon. But what if you’re an Android or iPhone user and just want to check out what a Windows Phone is all about?

Even if you’ve never owned a Windows Phone in your life, and are honest about checking it out, the easiest way to do it is pick up a Lumia 635 which is only $49 dollars now.

The cool thing is you don’t even have to activate the calling and data plan, so, like Lumia 520, it can be used as a music and video player over Wi-Fi. And all the while you get the Windows Phone experience, and you might be surprised how nice it is.

I wrote an article last year about the Lumia 635 being a crazy good deal when it first came out on AT&T as a prepaid unit which is part of its GoPhone line up. And now that it’s even more affordable, picking one up is a pretty much a no brainer if you’re curious about Windows Phone, are in between contracts, or want a media player with Microsoft’s mobile OS.

Here’s a look at the phone’s specs and my take on them: